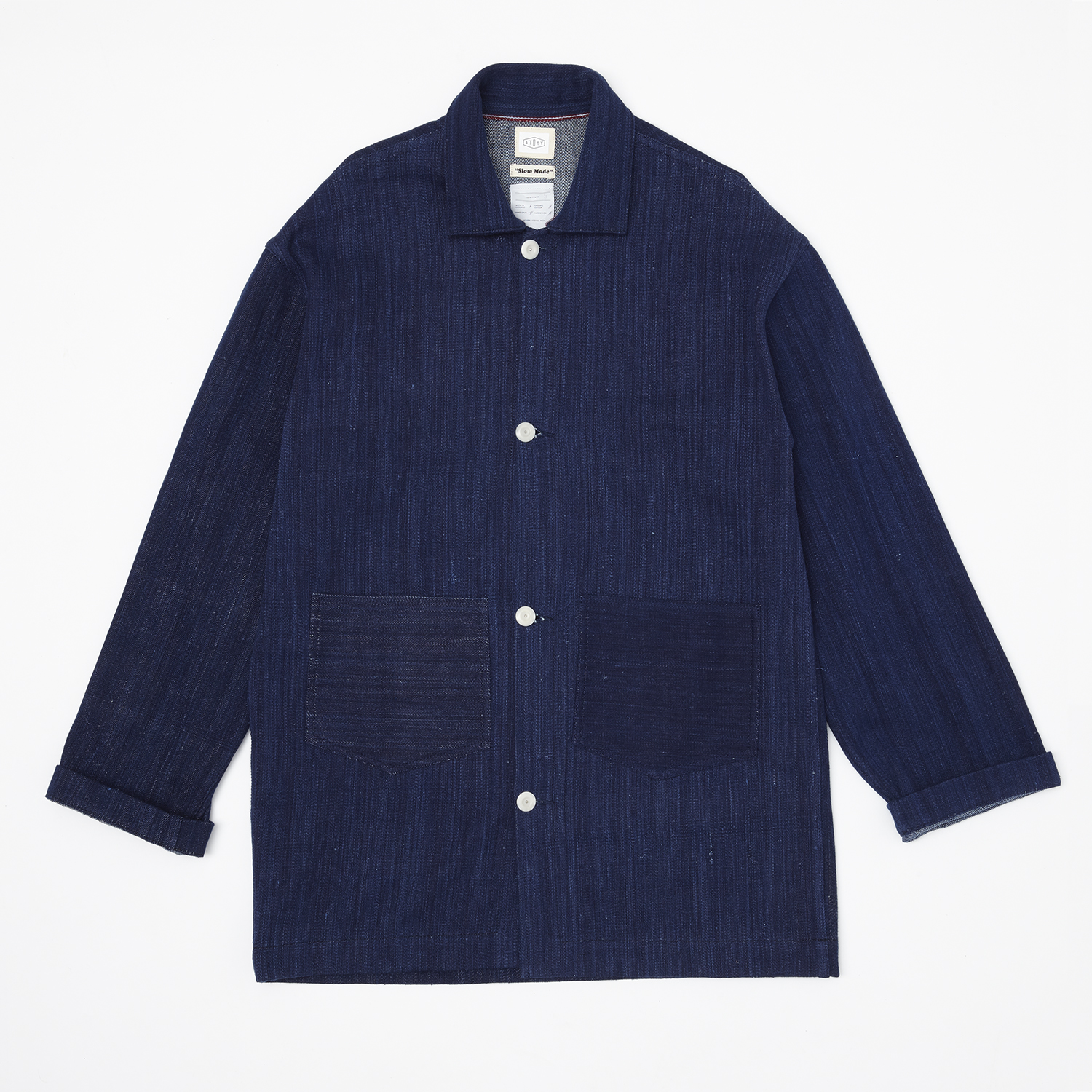 So UK brand Story mfg is starting to get more play around the indies. It was picked up at the start of the season over at OTHER/Shop and now south London newcomers Open As Usual are getting in the game with this killer denim jacket.

Killer is kind of appropriate, as The Time Jacket is based on pre-1950’s prison issue garmery. Although, I should point out that I’m not trying to imply that all those serving time at Her Majesty’s convenience are murderers. Some are pedeos.

Anyway, The (doing) Time Jacket it is, and it looks like a banger to me. It’s boasting the kind of drop-shouldered, oversizeness that pretty much anyone with a pair of DMs and a pending art college degree is rocking around south London right now. The buttons are removable too (Corozo nut natch) and your in-flight fabric today originates in Gujurat, India.

Over on Open As Usual they point out that, “due to going through hand made processes“, you can expect, “some unique irregularities and subtle differences.” Which means there’ll be some weird mismatching bits and some areas that more worn than others – basically the kind of thing parents (or tiresome acquaintances) will point at and ask if it’s meant to be like that? Whatever. I like the look of this big time. For me it’s a bit like an eight inch quiche in a seven inch tin – bit rough around the edges, but still very tasty.