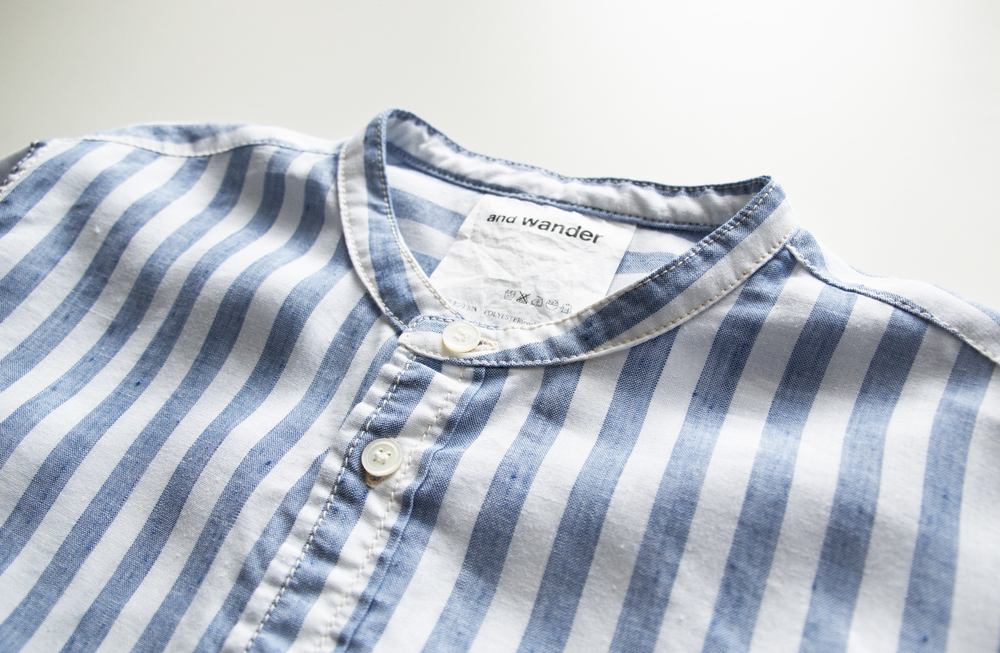 This lunacy comes from And Wander, Japanese makers with one eye on style and the other on outdoorsiness. Typically the brand plays about with camo and breathable, waterproof fabrics, to produce stuff that’s as good for fell walking as it is squatting on a knotty-wooden bench cursing a cafe’s piss-poor wi-fi. But this is a weird one. The strictly-business stripe, modged with the collarless, carabiner vibing? It’s Alan Sugar lost and alone on Devil’s Peak. Or Bear Grylls grinning as he makes intolerable, baby-tycoons sob.

I do like it though: if that wasn’t completely crystal. I find vaguely justifiable, brand ethos driven nonsense amusing, and this utterly impractical carabiner is certainly that. Of course, it’s a damn fine shirt too. There’s 52% Linen and 48% Coolmax polyester in the mix, vents under the arms, some nice pocket detail and a reflective logo thing on the lower left. Which would presumably help rescuers locate Sugar up a mountain. Perhaps the makers should have left that off.