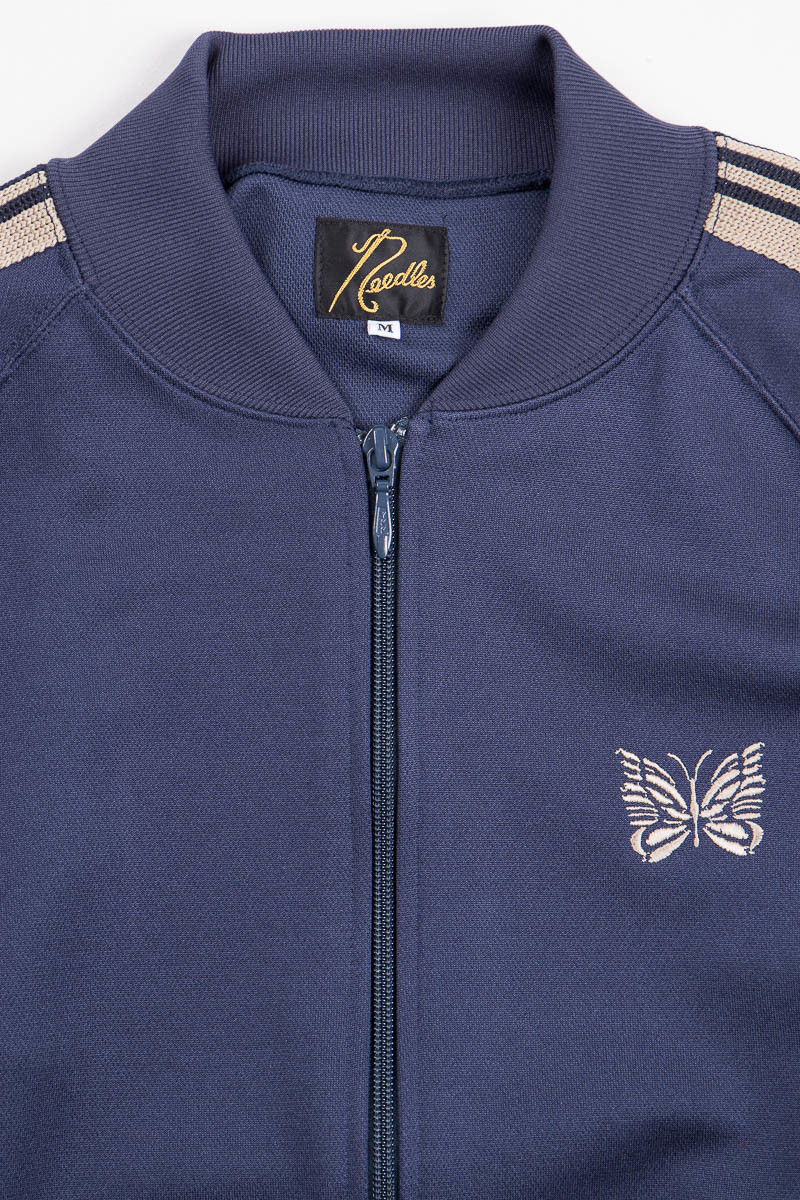 Last week there were big drops of Needles all over the place. And while I’m tempted to just drop my thunk on the whole range in one go, I’ve got to have stuff to scribble about towards the end of the season. So for now, I’ll draw your attention to this tracksuit top. I’m sure in the contemporary era of sports-luxe, active-wear and the like, this shouldn’t simply be considered a tracky top, but, well, in my head, that’s what it is. 100% polyester. Ribbed collar. Go-faster stripes on the sleeves. All the deets are present. Just instead of being badged up FILA, Tacchini or Lacoste, there’s a Needles butterfly. I wonder what it’d look like with some Farahs and a pair of Diadora Venice?

Obviously, this is a costly piece of sports casual. Over at The Bureau they’re asking for 265 coins to get involved. And, you know, that many beans for a polyester top is a stretch for many. In fact, I was chatting to the owner of the San Francisco store M A C (Modern Appealing Clothing) just two weeks ago about this very subject. He told me he’d struggle to sell polyester at premium prices in California. He said he could get away with Comme des Garcons, because, well, it’s Comme. But lesser known brands like Needles just wouldn’t sell. I have a feeling the clothesmen of Europe are more sartorially supple in this regard.

Anyway, I’m all about this piece. Rather like a Meanswhile baseball cap I bought last month, I want to own it, but I’m not sure if I’ll wear it. A statement which I expect would sound pretty absurd to most, there’s just something about this I need in my lifestyle. Then again, I felt much the same about a patterned Pringle v-neck back in 1985. I didn’t end up getting that either.