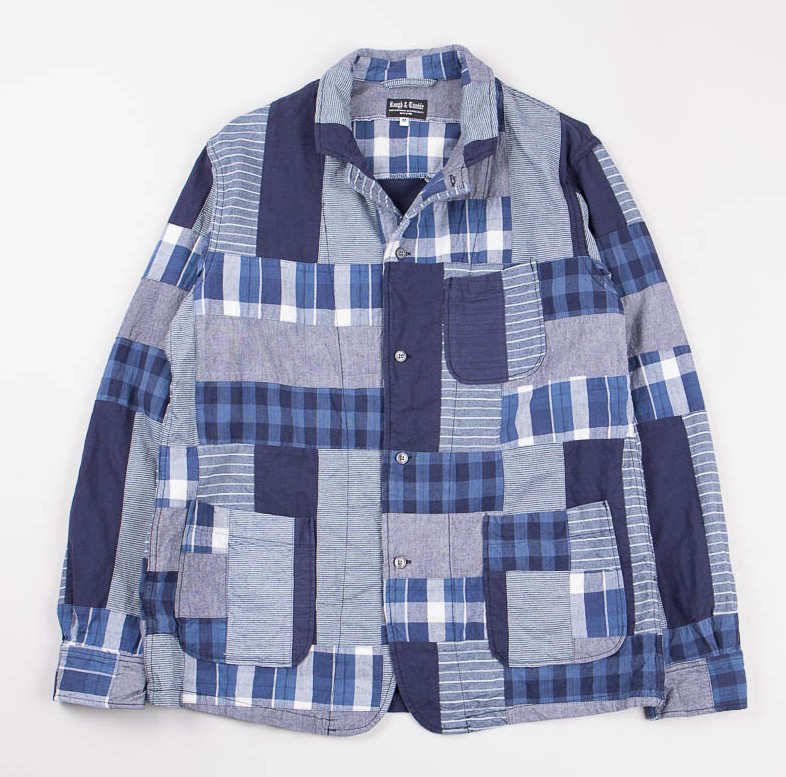 Stare at this monster long enough and Donald Trump will start to make sense. Just look at it. Look. At. It. Absorb the sheer psychosis of fabrication and howl as globs of liquid sanity spill from your ears. This is the level beyond ‘next’. Someone, somewhere has just been arrested for making this.

That said, I fucking love it. It’s pregnant with party atmosphere. It’s just been sick in its mouth and gulped it back down. Yes, the wearer is at risk of looking like the comedy bank manager in a CBeebies sketch. And no, I don’t care. I have an inappropriately stubborn belief that I could make this work.

It probably helps that it’s by Rough & Tumble, one of the ever increasing Nepenthes sub-brands. So it’s got that, “fuck you if you don’t understand, it’s Japanese” vibe. There’s no beating around the bush here, this cotton patchwork shambles would genuinely make me feel superior. You know, the kind of superior you feel when you’re cashing Mr Tumble’s Play-Doh cheque, in an episode of Something Special.