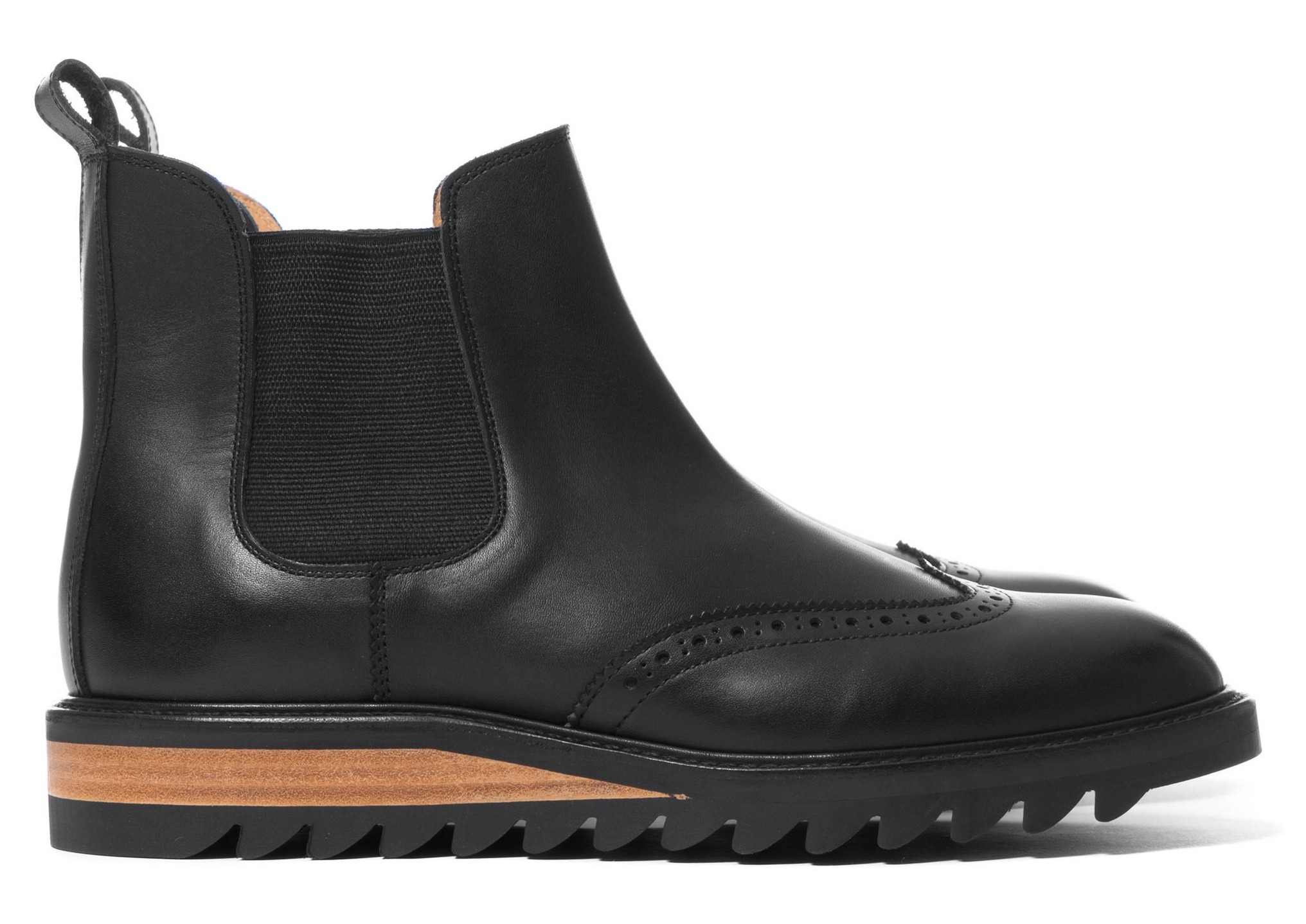 You’ve probably already decided where you stand on Japanese sneaker re-imaginers Hender Scheme. Somewhere to the left of, “a grand for a pair of trainers? Get to fuck”, I imagine. Hender Scheme is a landscape of pure nonsense and presumably the sole (cough) preserve of logo-spattered, mommy-funded hypebeasts. I bring these shoes to your attention only because they’re by Hender Scheme, but shockingly not a pair of thousand quid Nikes in fleshy leather.

I like ripple soles. I’m not sure whether I like them in this context though? I suspect I don’t. There’s a bit of a freak-show vibe going on, I imagine them being revealed from behind a curtain and Edwardian women fainting. They are neither formal Chelsea, nor country walking boot. And while I’m all for hybridisation, these just kind of look weird. Like some flouncy, ex-art school haircut was given free rein to design some Zara boots.

I’m not a big fan. And the aggressive 677 quid swing ticket does little to sway me. All I can see is some bellpiece in leggings wearing these. Some proper rotter, who thinks pratting about in a three sizes too big Off-White hoodie that his Dad paid for is somehow making an anti-establishment statement.