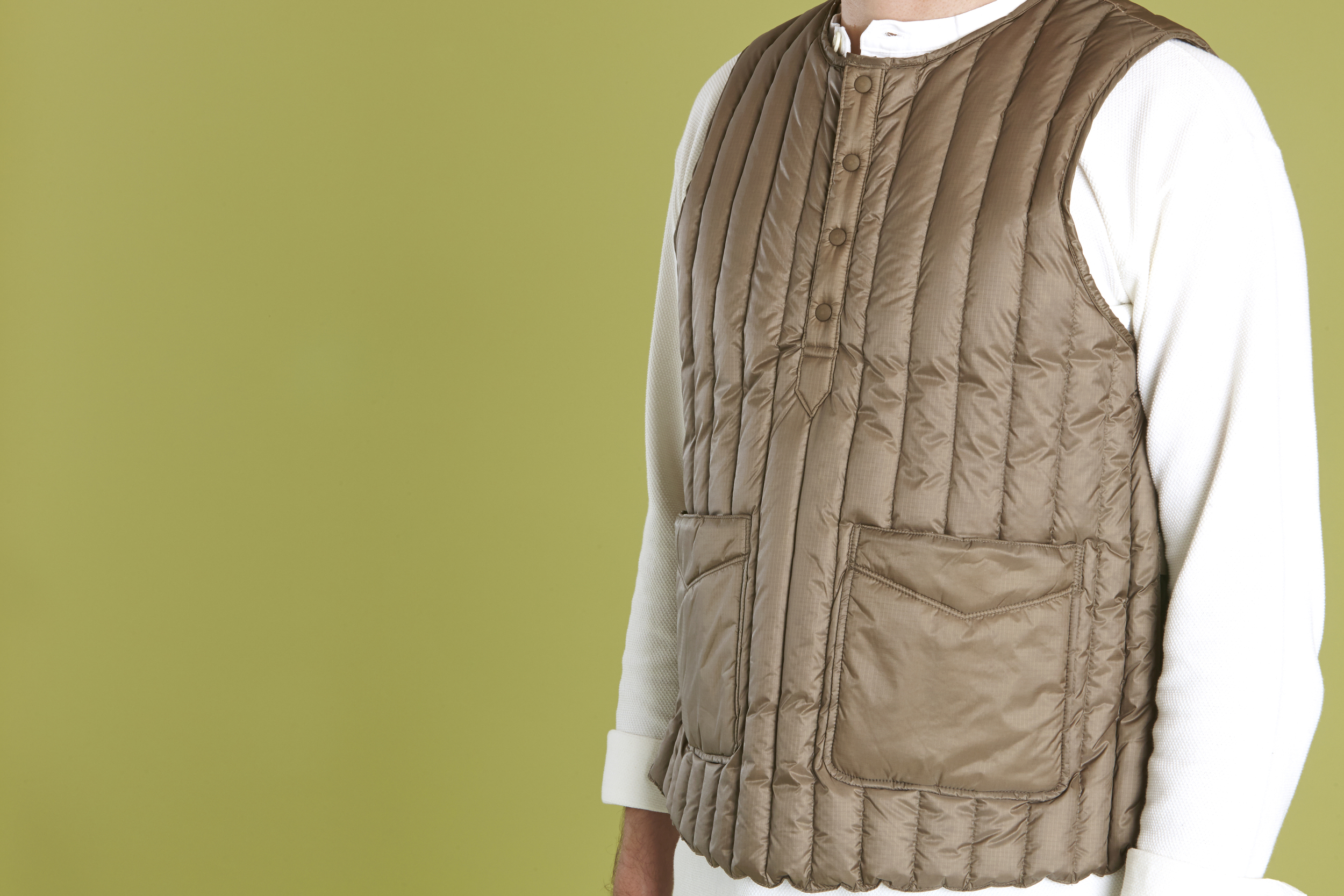 So there’s a new store in town. And not even just London town. But Peckham, where I live, just down the road. And it’s ridiculous. Called Alpha Shadows, they stock a berserko selection of unheard of Japanese brands that you may pretend to have heard of but you can’t have because as I just pointed out, they’re unheard of. And Wander, Boncura, Meanswhile? Niche, Poutnik, Tatamize? You feeling me? This is some next-level swag. No one in the UK sells this stuff. This is one party you want an invite to brah.

Alpha Shadows’ website is getting up to speed right now, there’s still loads of stuff I’ve seen at the bricks and mortar (Bussey Building in Peckham) yet to get digital. But this Eastlogue down vest is entirely clickable and buyable right now.

You often get these vests with buttons right up the front, but this pop-over with snap-button vibing at the neck is much more rarified. Side vents, velcro adjusters at the waist and fashioned with ripstop fabric and goose down feathers, this is some total strongness. Wear with a longer fit beneath for some, I’m-just-rocking-a-short-thing-over a-long-thing-what-the-fuck-of-it?, ‘tude. Not bonkers, but weird enough to be interesting. Ideal if, like me, you’re returning to your small, provincial hometown this festivetide. After all, nothing says Christmas like a tattooed pisshead in a Santa hat pointing at my clothes shouting ‘bummer’.