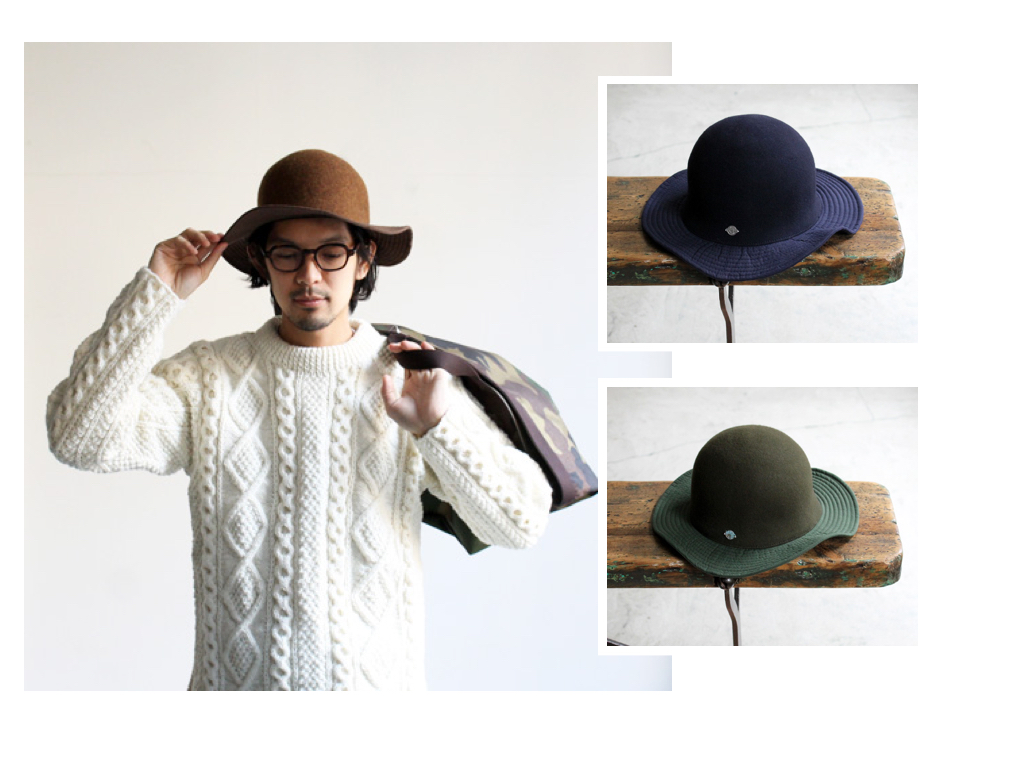 At first glance this is an outside hat. A relatively practical headpiece almost certainly capable of providing some respite from Mr Windy and Mrs Drizzle. And I’m sort of down with that. Personally though, I feel its primary function is as an almighty flippancy. A proper snootified affectation. Constructed from wool felt, with a sizeable undulating brim, I see this as an inside hat. A bonnet to be dropped internally, maybe with an unstructured blazer and a knitted tie. Depending on your perspective, this would make you appear like a dude on fire, or the worst kind of try-hard plum. Perhaps unsurprisingly I err towards the former.

Looking like a Japanese fop is probably not your priority right now. It’s Christmas the 23rd. You’ve got shit from The White Company to buy, M&S pies to sieve icing sugar over and fuck-awful Jimmy Carr helmed panel games to watch. I can probably count the amount of people who will actually click to buy this hat on no hands. It’s by Decho by the way. Not that it matters. Get back to wrapping that Cath Kidston foulness you’ve bought your sister. Nobody cares about enormous Japanese felt hats at Christmas time. What’s wrong with the world?