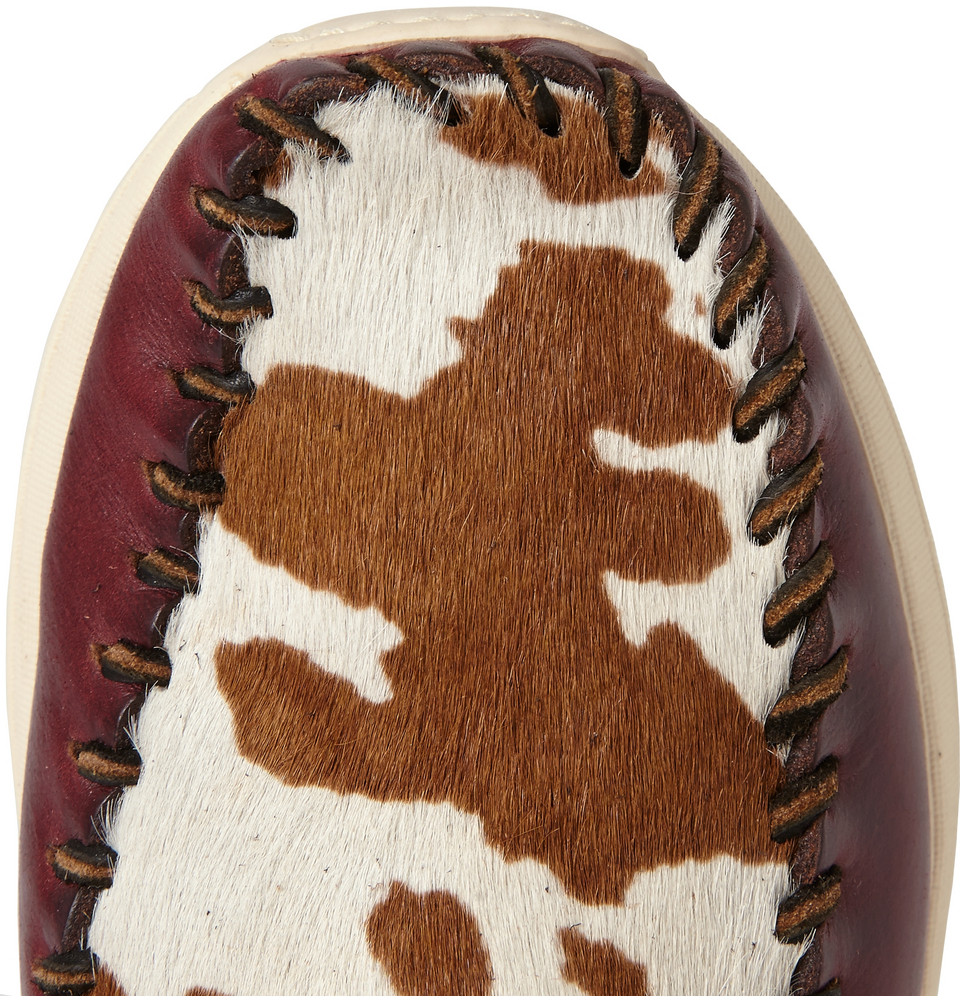 So to Visvim for a calf hair and leather deck shoe. They’re Visvim, so they’re definitely cool, even if when you look at them you don’t think they are. It’s you that’s wrong. Not the shoes.

I see these and think of Davy Crocket hats and teepees and bison and Sioux Indian Sun Dance torturing. I think about the old western A Man Called Horse. Visvim founder Mr Hiroki Nakamura says, “things made with craft or by hand have so much depth and so much character“. I just think about poor Richard Harris getting his nipples pulled off.

Anyway, they’re burgundy, they’re leather, they’re deck shoes and they’ve got rubber soles. If you’ve got any fathoming as to how much it’ll cost a bro to prance about in these you’re probably wrong. Take a deep breath. Seven hundred and five pounds. Yep, thats a 7, a 0 and a 5. As if 700 wasn’t enough, they’ve just got to insult you with that extra 5. It’s a catastrophic amount of coins to drop to look like you live in a teepee. And in many respects, more painful than having your nipples pulled off.