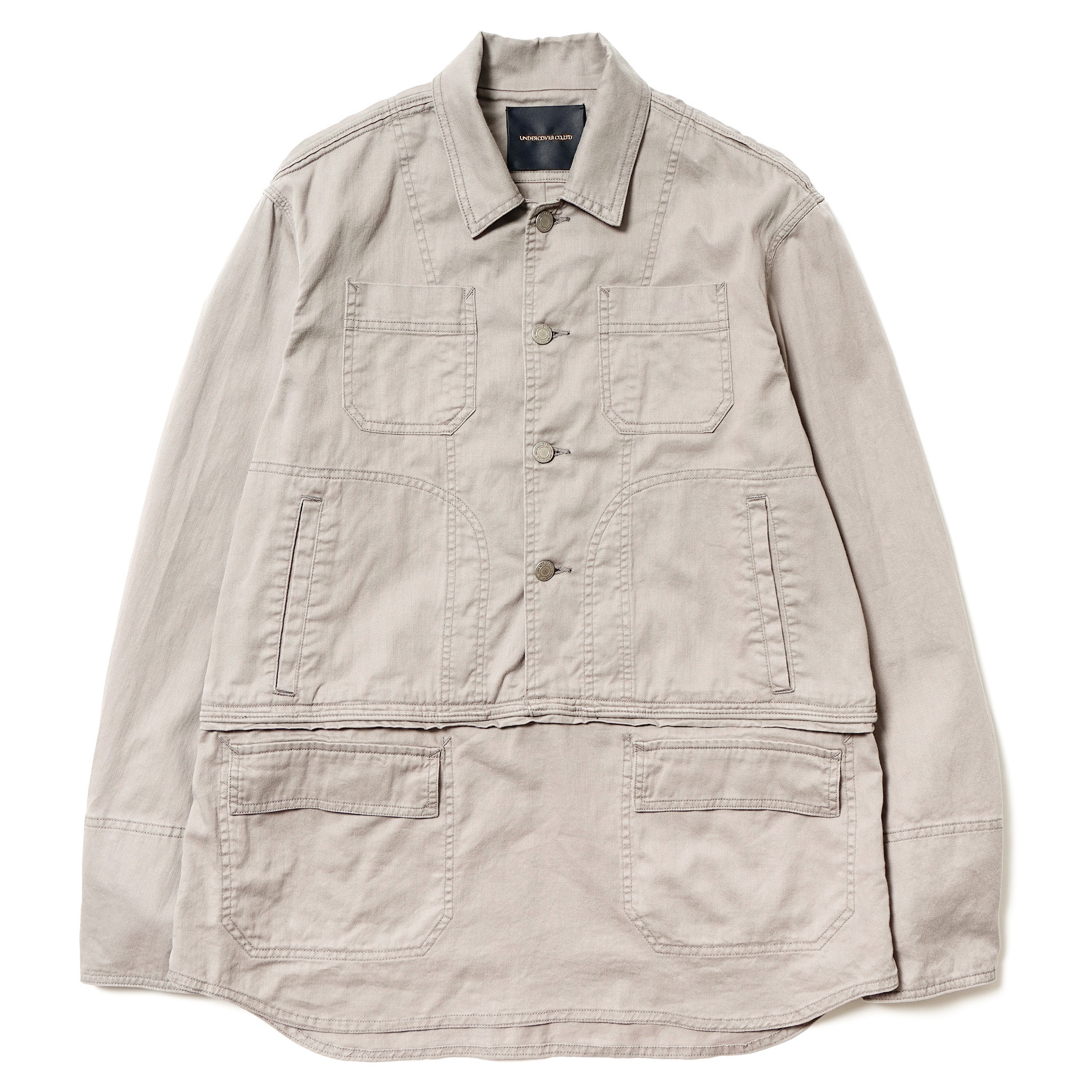 The guy that ends up buying this has a mind full of marbles. Marbles made of concepts. He’s a free thinker. A conceptualiser. He’s currently working on the marketing philosophy for a new SKYY Vodka that has soil in the bottle. He’s completing a trial vodcast for Churchill Insurance featuring dropped watermelons on a loop with a soundtrack of babies sobbing. He’s inventing a new martial art based on fighting with your back. He hasn’t got time think about shirt too. So he buys them, pre-conceptualised, from Undercover.

It’s designation is ‘UCP4403 Shirt’. And, as you can no doubt see, it’s got a utilitarian slash upended Japanese mind thing going on. It looks as heavy as a light jacket, but it’s a shirt. It buttons down pretty low, then stops – rendering it a, well, just a really low pop-over. And it’s got a sort of raggedy seam across the middle, making it look like a jean jacket, with some extra bodged on the bottom.