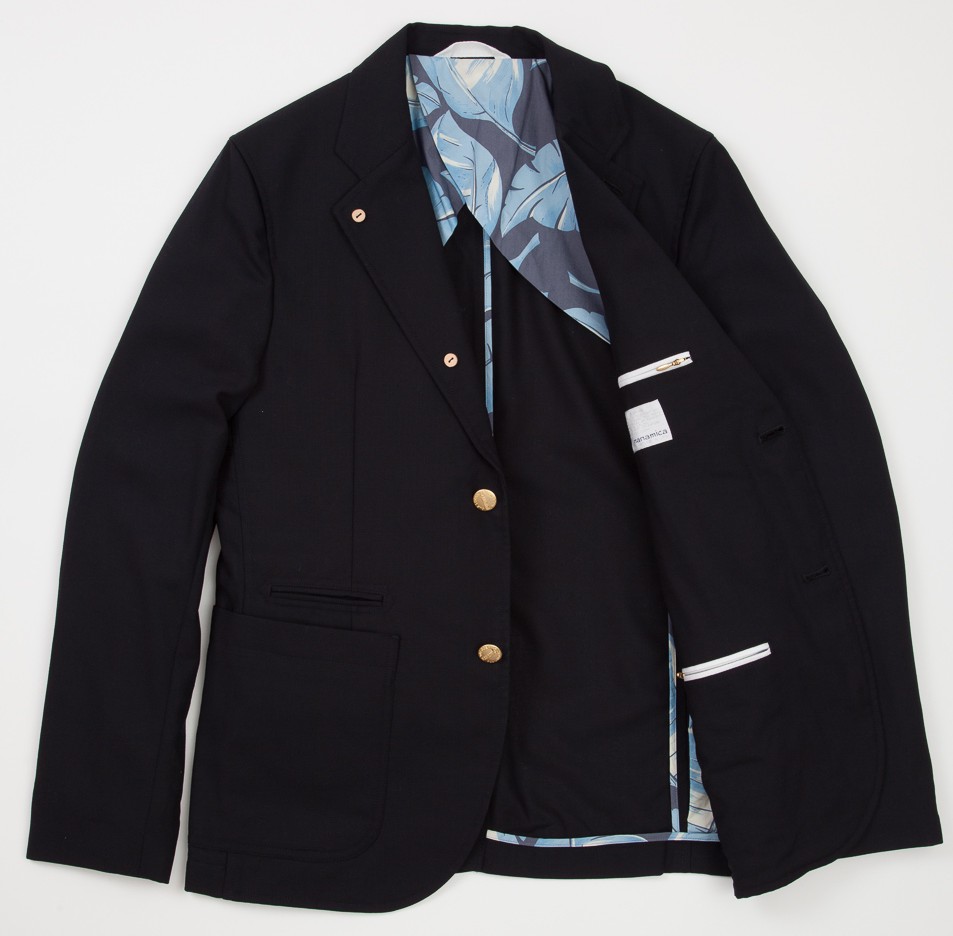 A bit ‘tiddle-iddle-pom-pom’? You know, ‘ship ahoy’, ‘walk the plank’ and all that? A bit too ‘all aboard’? Not for me. It’s not sea I see when I look at this. Rather a David Niven debonairism. A splash of Cary Grant character. I’m still a big advocate of the miss-matching trousers and jacket for formal events and for such purposes, this Nanamica blazer is off the nautical charts.

It is called The Harbor Jacket, but I see no need to constrain its wear to the Cannes Film Festival or Blackpool Pleasure Beach. It’s rocking a 100% tropical wool outer and a butterfly lining featuring a typically bold Nanamica print. I would quite happily beat a seal to death with a bucket and spade to own this.

A couple of front patch and a single chest pocket complete the storage opportunities, but this isn’t about heaving your junk about, this is about cutting a dash and looking like you shit pound coins while you’re at it.

The Nanamica branded buttons are there for the eagle-eyed, but it’s the beauty of the fabric that’ll get noticed, even by the most clotish of clothesmen. At 480 pieces of silver, it’ll put a dent in your treasure chest. But then, Niven never became a style god by skimping on the doubloons.