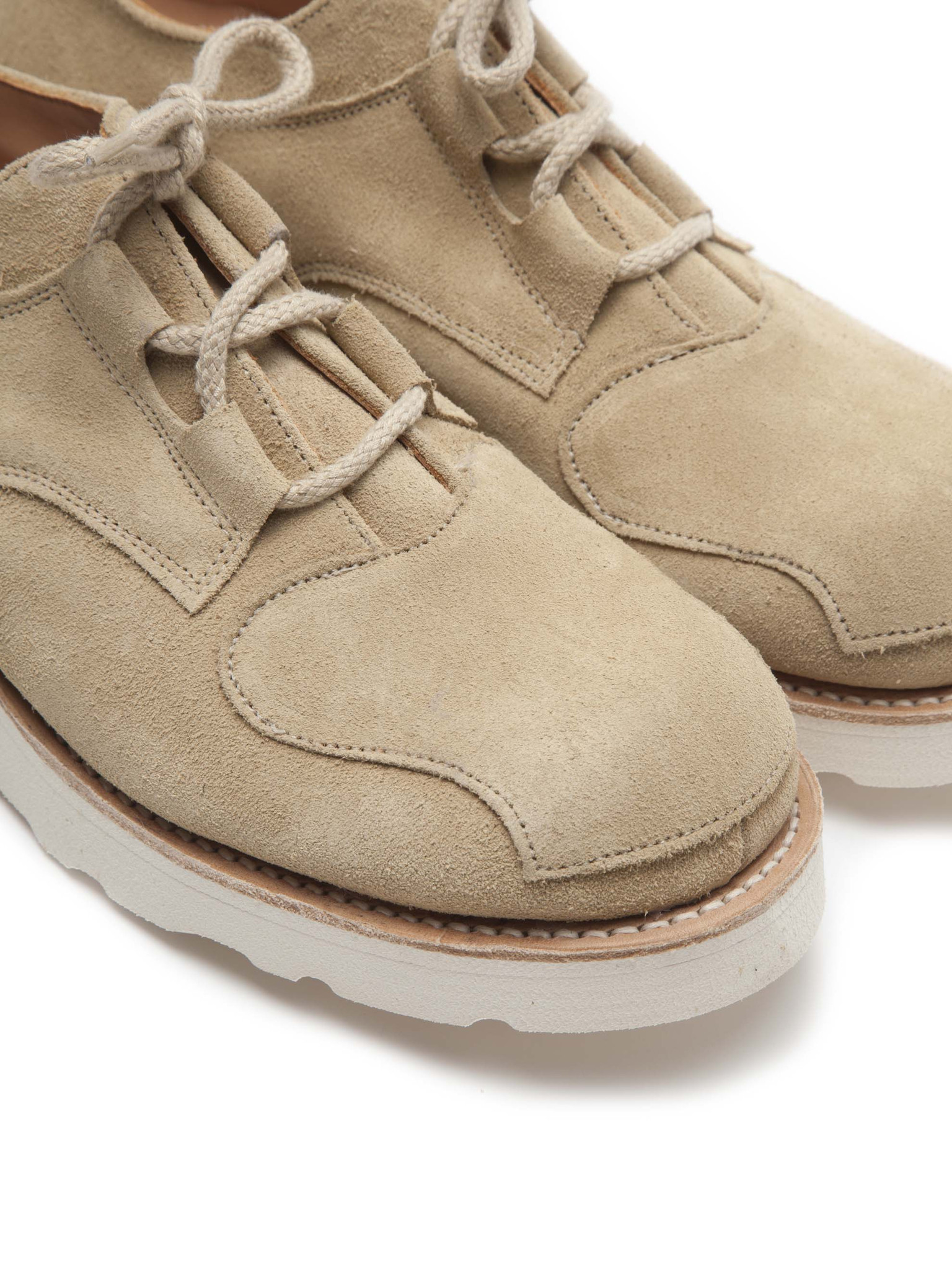 So what we have here is a pair of Ganryu Comme des Garcons shoes in collaboration with John Moore. If you don’t know Ganryu Comme des Garcons you’re on the wrong site. If you don’t know John Moore you still might be on the wrong site, but it’s certainly a more excusable lack of knowledge. Moore made shoes in the 80s with pointless but arty bits of leather sewn on. And bits that flapped about. Boy George used to wear them. Moore’s the kind of guy that people describe by saying stuff like, “he redefined what footwear means.” I’m not 100% sure the whole ‘bits of leather flapping about’ thing massively impacted the global footwear market that significantly. But you know. I admire the fact that he did it. A bit.

On to the now and we’ve got these Cap Toe Suede Derby’s. They’re armed with ghillie-style lacing and a Vibram sole. You can see Moore’s influence in the double tier toe cap detail. I’m calling it ‘double tier’, I mean, it might have a proper name, but I’m talking about that extra shape sewn on the toe.

I think they’re absolute bangers. I’d be happy to march about Peckham in these proclaiming my superior taste in shoemanship to anyone who would listen. I would, were it not for one inconvenient truth. They’re 830 quid. And even with some nominally interesting heritage and design prowess behind them, that’s a fuckton to spend on shoes that looks like they come with a choice of fillings from Greggs.