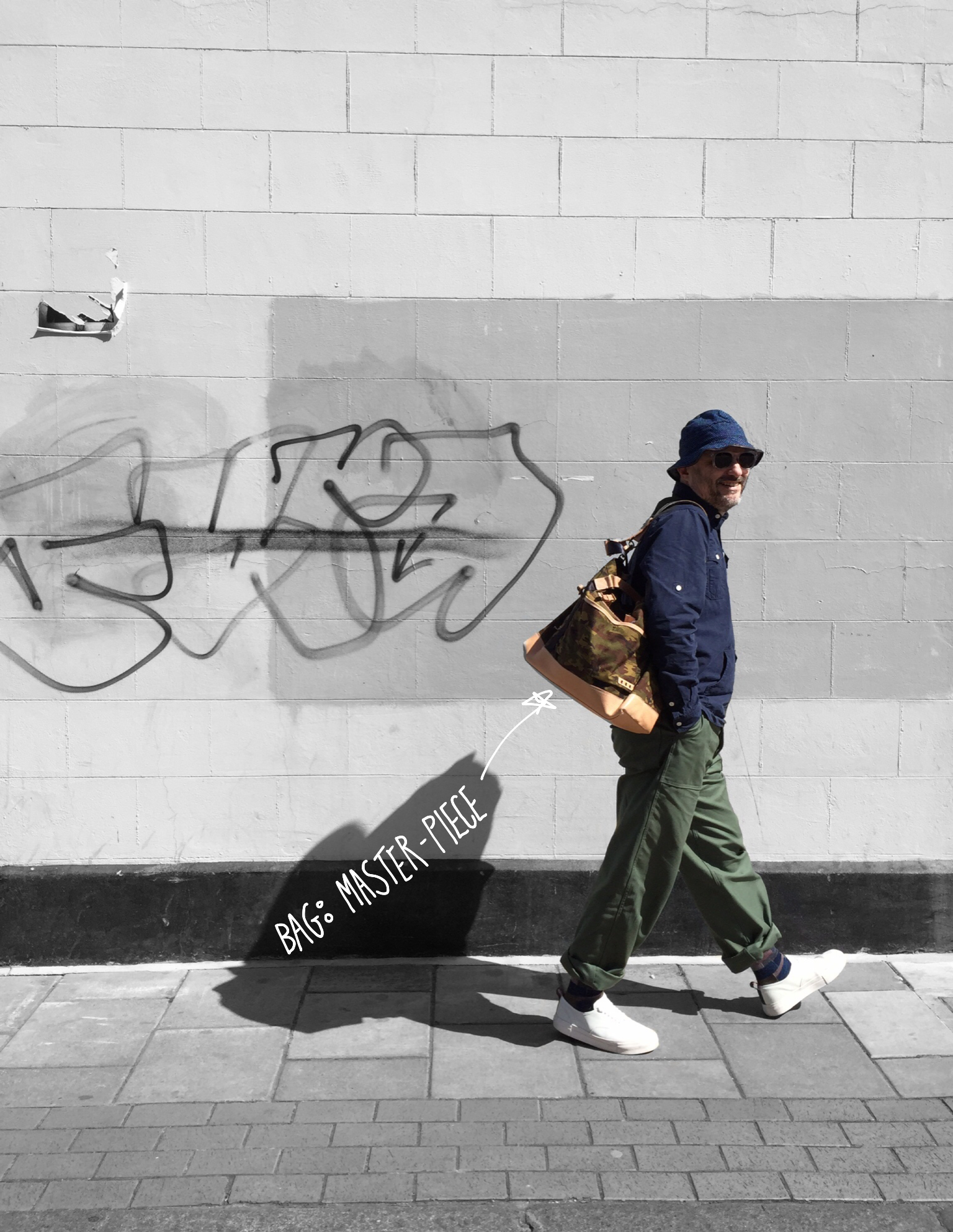 This post isn’t about the bag up there. It’s a nice bag – Master-Piece, Cordura nylon canvas, vegetable tanned natural suede straps – but this isn’t about that. It’s about the trousers. I copped for some Engineered Garments Workadays. In a size large. I could easily fit a medium. But I super-sized. I wanted a lot of pant. And I got it.

Still, when they arrived, I was slightly taken aback by the capaciousness. They’re pretty much parallel, there’s no sensitive taper towards the angle, these things billow. Even with a chunky roll-up, they flap like a wounded goose. But Christ they’re comfy. After years of slim jeanery, a voluminous trouser doesn’t half release the tensions. All your apples and pears have space. They’re breezy too, like you’ve got groinal air-con. If you’re still stuck adhering to some notion that slim trews = trendy, get over your bad self. Number one, you’re wrong. Number two, you’re missing out on some savage comfort.

The rest of the day’s outfit is as you see above. I’ve rolled out my Cottonopolis popover (Oi Polloi’s in-house brand that seems to be on hiatus) a trusty Superior Labor bucket and some new indigo dyed socks from Anonymous Ism.

But back to the trousers. They’re from the Workaday EG sub-brand. I grabbed them over here at Blue Button Shop and even with them coming from Canada, they worked out cheaper than if I’d bought them from a UK store – taxes and stuff I guess. Workaday is all about clothes to work in apparently, they’re built to last. And I can report after an arduous day of reading in a coffee house, buying a cake on the way home and re-watching four episodes of Entourage, in preparation for the release of the film, they held up very well.