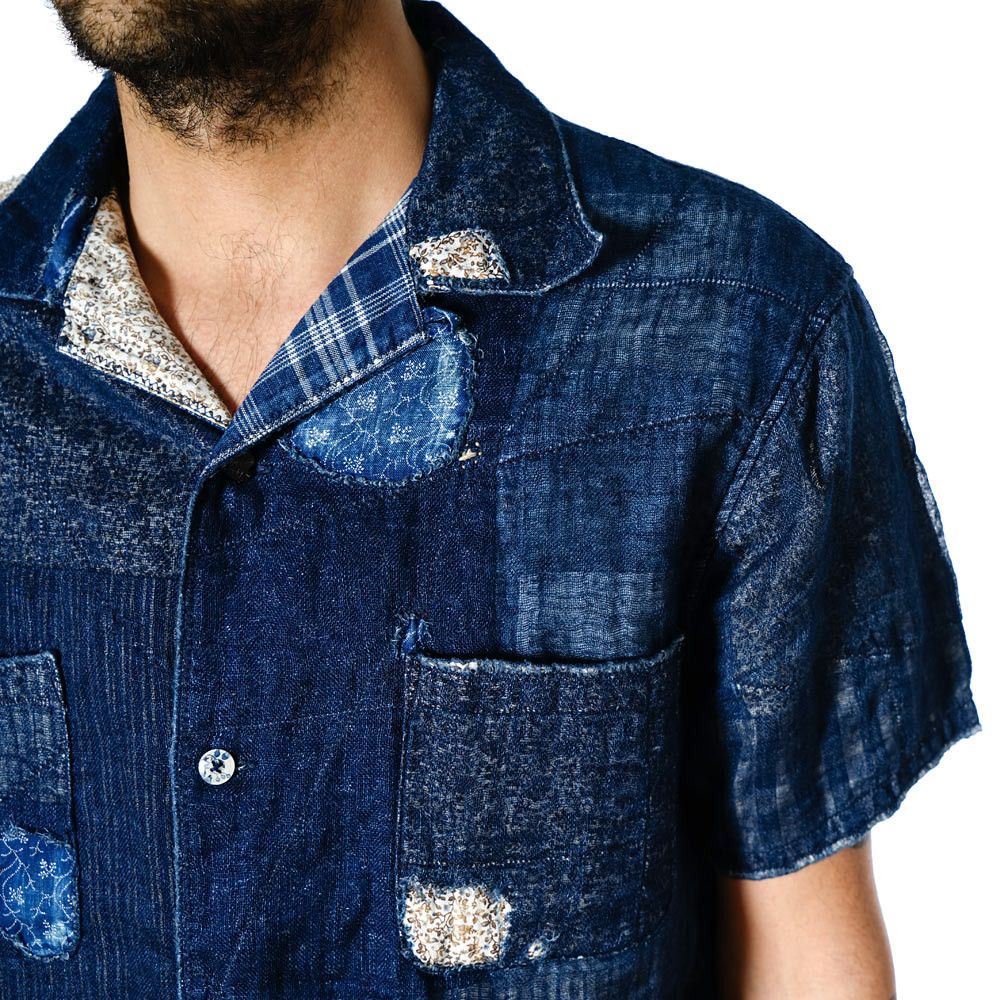 Jesus be merciful. I’ve looked into the mind of God and it’s made of cotton. Actually, I think this shirt transcends religion. We’re probably in supervoid territory here. I mean, I think this thing is made of conventional matter, but I can’t be entirely sure. It appears the guy in the picture is wearing it. But when faced with an object such as this, what does ‘wearing it’ actually mean?

You can talk about “Boro techniques” and “mismatched front button closures” all you want, but it just illustrates the limitations of the human mind. This thing is indescribable. Even saying ‘indescribable’ simply makes me as wretched and insignificant as the rest of humanity. I’m going to prostrate myself in front of this picture and hope it takes pity on me.

Some madman over at Japan’s Kapital has attempted to name this ‘shirt’ It is as follows… KAYA x IDG Crazy Patch BORO Aloha. It does, to be fair, sound a bit like a NASA codename for a subatomic anomaly, so I guess it works.

The description over at Haven, who purport to actually be able to retail this quantum matter, suggests the use of, “a wide variety of indigo dyed linen fabrics.” Although what that has to do with the coming of the antichrist I have no idea. I’ve looked too long at this thing. I can feel my mind turning in on itself. Goodbye and may your god go with you.