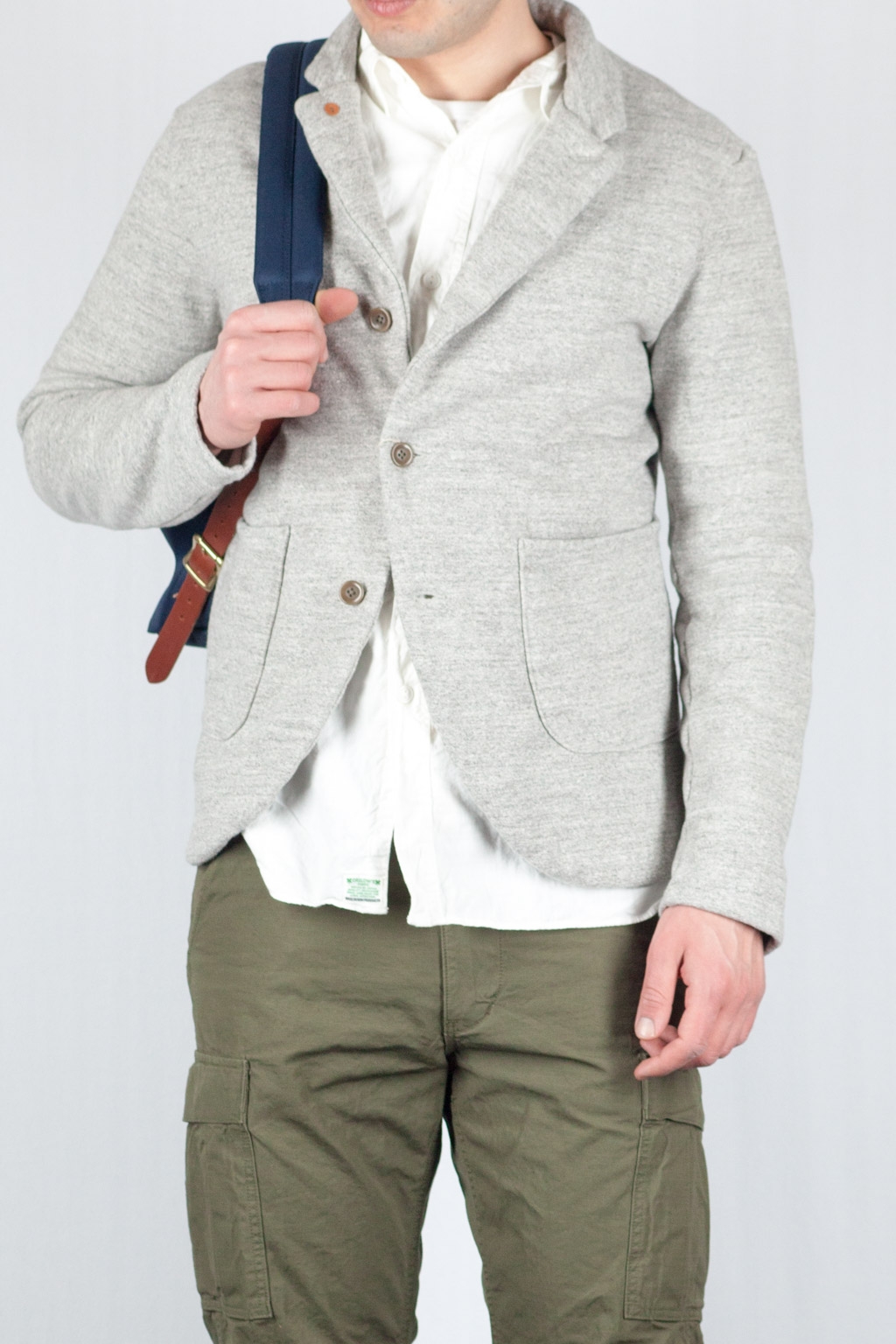 As a few sunny shards begin to pick their way through the grim UK winter, a bro reaches for lighter colours. I’ve been combating the dreary weather with lighter trousers, pretty fruitlessly, for some weeks. You know, ‘white in winter’ and all that. It does inject a modicum of personal cheer, but when it does finally warm up, London, like most places I guess, becomes jollier, more relaxed, more human. People smile more. And paler clothes start to look less like a belligerent statement against the weather and more like an appropriate style choice. So at time of writing, this blazer is bang on.

For UK residents, Kaptial is one of those mysterious, cool names, faceless Japanese brands, that produces Boro patchwork intricacies, alongside (at least to western eyes) unusual, ‘slightly-off’ cuts. Oversized high-waisted trousers, strangely boxy shirting and, as we have here, cropped jackets with oddly high gapes at the bottom where the buttons fasten.

The three button fastening is tightly grouped in the middle, leaving that rounded arc of space at the hem. Feels slightly different to my eyes. You’re not going to get that in Reiss, put it that way.

It’s rendered in cotton fleece, so will still provide warmth, when the sun inevitably exhibits its usual laziness, so it’ll work as a useful layering piece. I just really like the punch of pale grey. Against a backdrop of commuters in navy, black and brown, a dot of light grey represents a man comfortable in his nonconformity. Comfortable to champion a slightly, peculiarly fitting, artisan Japanese blazer, against the squadrons of regulation Top Mans, H&Ms and Superdrys. Like wearing pale trousers in winter, it can sometimes feel like a futile dissension. But one, in my view at least, worth pursuing.