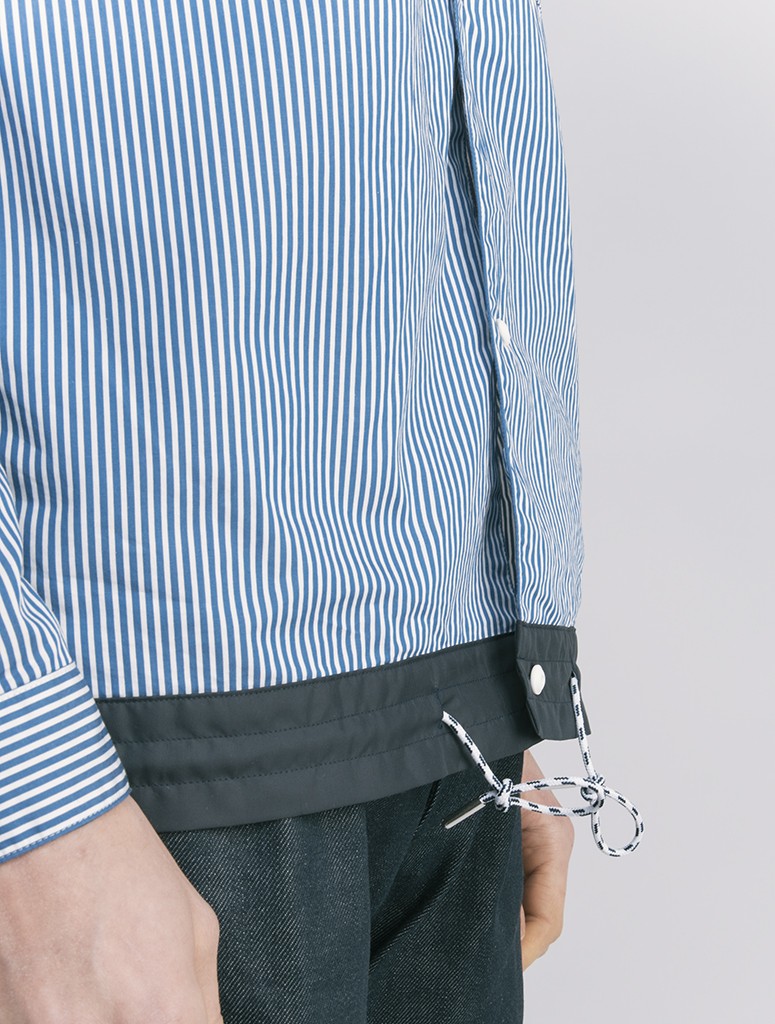 I bet people who work in medicine factories have to wear stuff like this. See that drawstring waist, that’s so fluff doesn’t fall out your belly button into the pills. And probably, it protects from dried poo too. You know from when you accidentally smear it on your chest and belly in the morning – well this will stop it flaking off into the cough mixture. They don’t take no chances in medicine factories.

They knock these fluff and poo defence shirts out in OTHER/Shop. They’re actually from Japanese brand Kics Document, which is basically hyper rare. I don’t know of any other stores that stock it on Her Majesty’s side of the waves.  Check out their brand website – it looks like it was made by a ‘normal-size-picture-phobic’. A rare disorder seemingly confined to Japanese web-site designers. Oh and the words are all squiggly too. They should sort that shit out.

That all said, I’d hoover this thing up quick smart if I felt like 259 quid was in any way a fiscally responsible amount for a shirt. I mean, if you’ve got so much money that 259 quid feels like 50 quid, then fair enough. But to me 259 quid feels more like 359 quid, and 359 quid for a shirt is just off-the-charts baboonery.