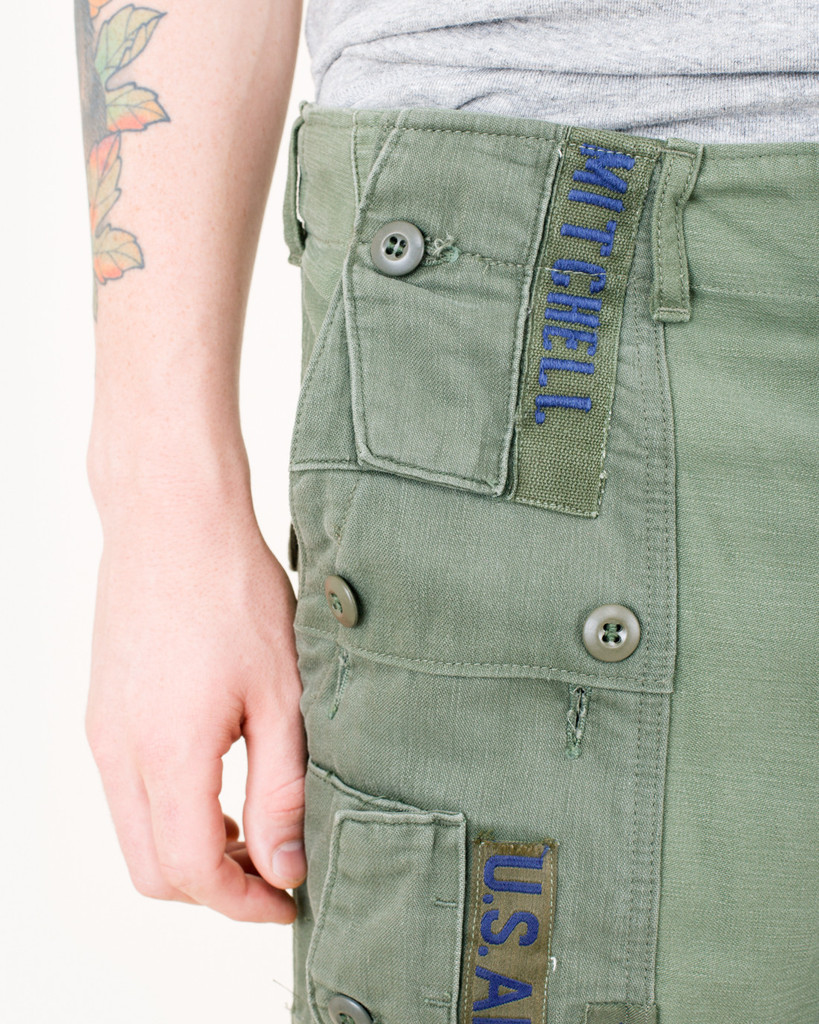 “I only wear vintage, I only wear vintage.” People are always saying that. Not always twice admittedly – it was for emphasis. But in certain circles the exclusive wearing of dead dude’s clobber is considered a superior move, one that frowns on modern make, manufacture and style, one that venerates the past and imbues it with an unassailable chic.

But what if you don’t want your trousers to stink of old man’s piss? What if you want the authentic vintage vibe, but with a more contemporary position on lavatorial hygiene?. Worry not, upcycled vintage is everywhere right now. From Edinburgh to Leeds, there are twee shops, filled with girls in ‘frocks’ and bows in their hair, reinvigorating old garms – dismantling and re-sewing with an eye on the present. It’s affordable and nice enough, but pretty commonplace. Predictably, it takes a madman from Japan to do much the same thing and charge the earth, to make me want to buy a pair of trousers made of geriatric shirts.

Keizo Shimizu is that madman – head honcho of Needles, a brand under the Nepenthes umbrella. And these trousers are sliced from old military fatigue shirts and stitched back together, fashioning a trouser with a couple of front pockets, a couple of back pockets and side cinches. Each pair of these things is different, so for your £260 odd, you don’t actually know what your’s will look like. Sound like a bargain?

You can get fatigued over at The Bureau or Garbstore, but I like the look of the versions they have at Mohawk General Store – all that army shit on the pocket, it just looks, at the risk of diminishing the work of US troops the world over, sort of cool.

That said, if it was a toss up between joining the army or doing a couple of years in priz-priz, I think I’d do the stir. Don’t get me wrong, I’m a coward either way. But better a few bummings from ‘the daddy’, than a bayonet in ribs. They still use bayonets right? Or is it all lazer daggers now? Fuck me, I know nothing about the army.