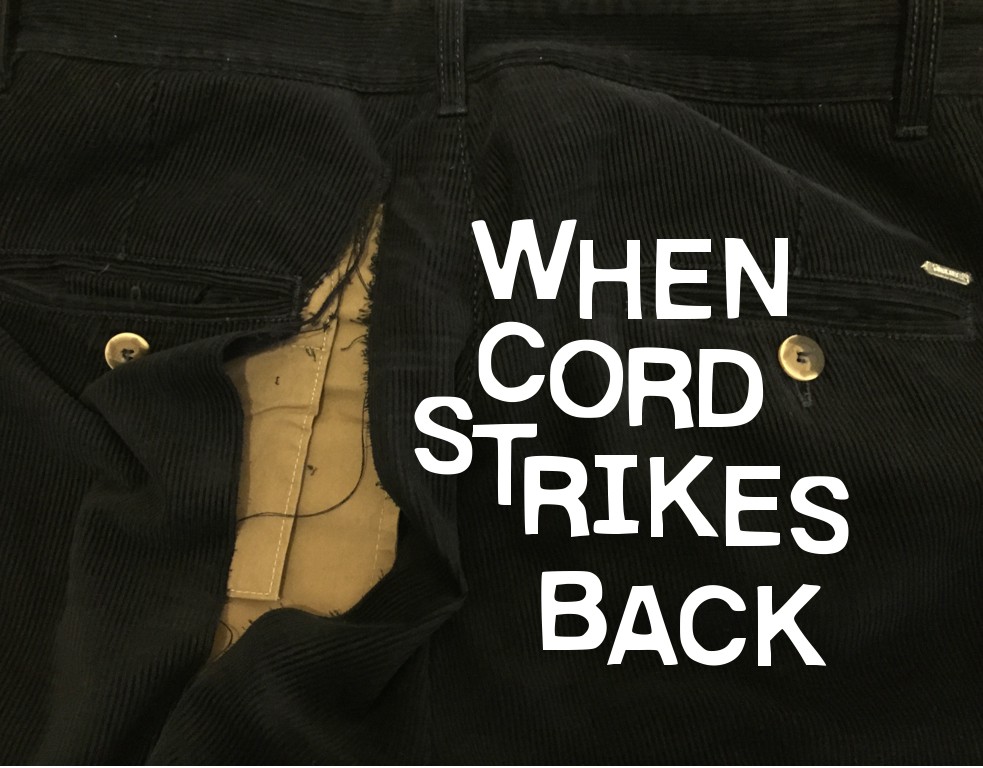 I hope you’ve never seen The X Factor. Unfortunately, I have. This season features a boy band that are scientifically, twice as shit than every other boy band ever. Primary because, at eight members, they’re twice the size of your average team of quiff-headed warblers. Not only that. They’re called, get this, ‘Stereo Kicks’. Fucking ‘Stereo Kicks’ – that’s some kind of remarkable shit.

Of course, these moisturised monsters conform to the rest of the sickening boy band cliches too. Yup, they’ve got the diabolical harmonies and over reliance of cloying vocal acrobatics. But it’s their unstoppable habit of gesticulating –  tapping their chests and holding out their palms towards the audience, as if begging for change – that really tits me off. Oh, and they cry all the time. And pull longing faces. And look so fucking meek. I want them to catch fire. I hate them. They make me want to punch my own teeth out.

I feel much the same about my Wolsey cords.

I bought three pairs of cords from Wolsey about a year ago. I wore them for a few months during the winter, hibernated them during the summer and have just brought them back into play. And two of the three pairs are now fucked.

Both have ripped, on the bum, in virtually the same place. Different cheeks, as it were, opposite sides, but the exact same place. Right by the pocket.

And before you assume I have a giant ass. I haven’t. Well, no more rumptious than any average bro. None of my other trousers, chinos or jeans have corrupted in this way. But of course the problem is, I bought them a good while ago. They’ve been worn and washed and worn. It’s not like I can just take them back. But, and I think it’s a reasonable ‘but’ (rather like my own), Wolsey is a premium brand. It’s got the Queen’s stamp of Royalness on it. Shouldn’t their cords last longer than one year of average wear?

Anyway they didn’t. And they’re now only appropriate for an agriculturalist’s Ass Baring Party. And I haven’t been invited to one of those for years.

I’m going to contact Wolsey. I’m going to send them these pictures and I’m going to explain the story. I’ll post the response here. I’m not expecting much. But they can’t make me any more angry than the Stereo Kicks. I’ve no interest in any more chords from them.