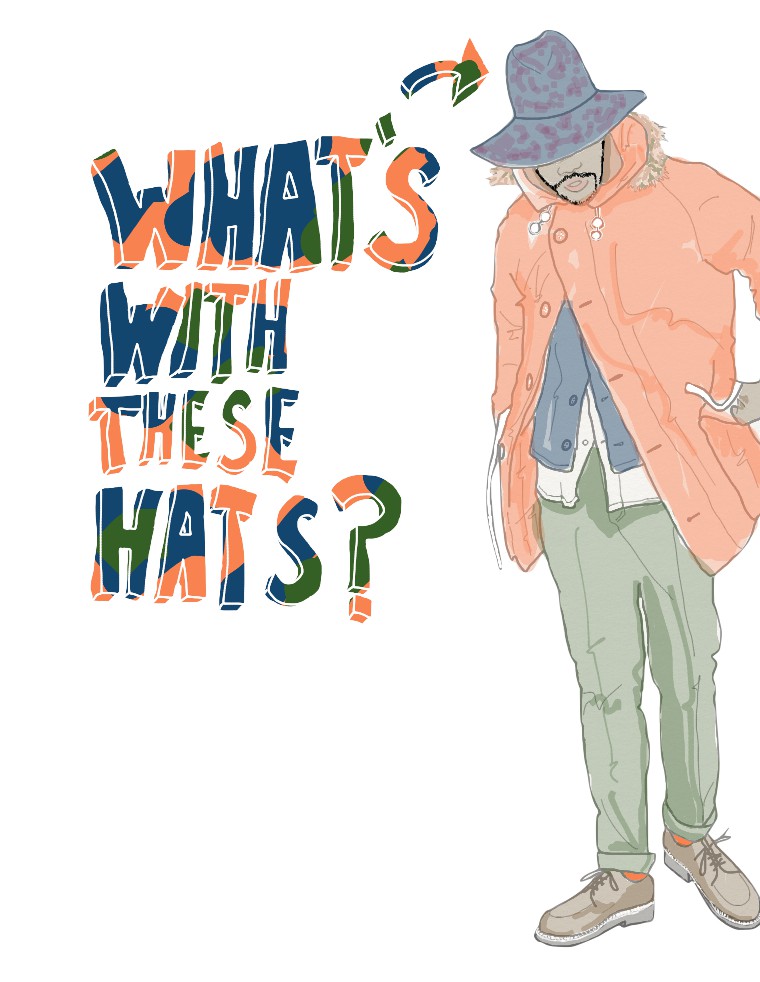 What is with these hats? You’ve probably been wondering? What do you mean you haven’t? These hats. Big floppy felt hats. You know, they’re everywhere. I mean, not actually on normal people. Not normal people in the street. Who cares about them?

They’re on blogs. And in pictures from fashion weeks. And, like, online shops and that. That makes them a thing. They’re a thing. It doesn’t matter that no one you know will wear them. That’s of the least possible importance. What matters is that they exist. Some people think they’re a thing. And that means you should too…

Check out these massive hatted rapscalions…

As with most items of progressive style, prod your internet at Engineered Garments and you’ll be quickly and expensively provided with a gargantuan chapeau. The full range is over at The Bureau – a bro with two and a half to drop on a substantial hatpiece, will be speedily relived of his irritating wealth. Thing is, look how The Bureau style these hats…

But remember, this bro is just walking up and down an artfully whitewashed art ‘space’. That joint’s bound to look the heat. I just wonder if that massive brim would look as swag if a bro was loading jam ring multi-packs into a rucksack at the Asda self-serve.

“Hahahaha, you look like a man in a big hat.”

You just know, you’d be wearing one of these and some bellus will start doing the Flowerpot Men dance. Even though they’re too fucking young to have even seen it. (Not, I guess, that that’s the real issue here).

I’m on the fence. I like the idea of them. I just think the actuality might be more hat than I can handle. I’m still burned by my previous EG hat-ccident.

Personally, I like the marketing approach NYC’s Gentry have taken to these pieces. They say…

“Hand Blocked and slightly irregular, these hats are shaped first, then screened with an Aztec like print. Certainly not a hat for everyone but when it works, it works.”