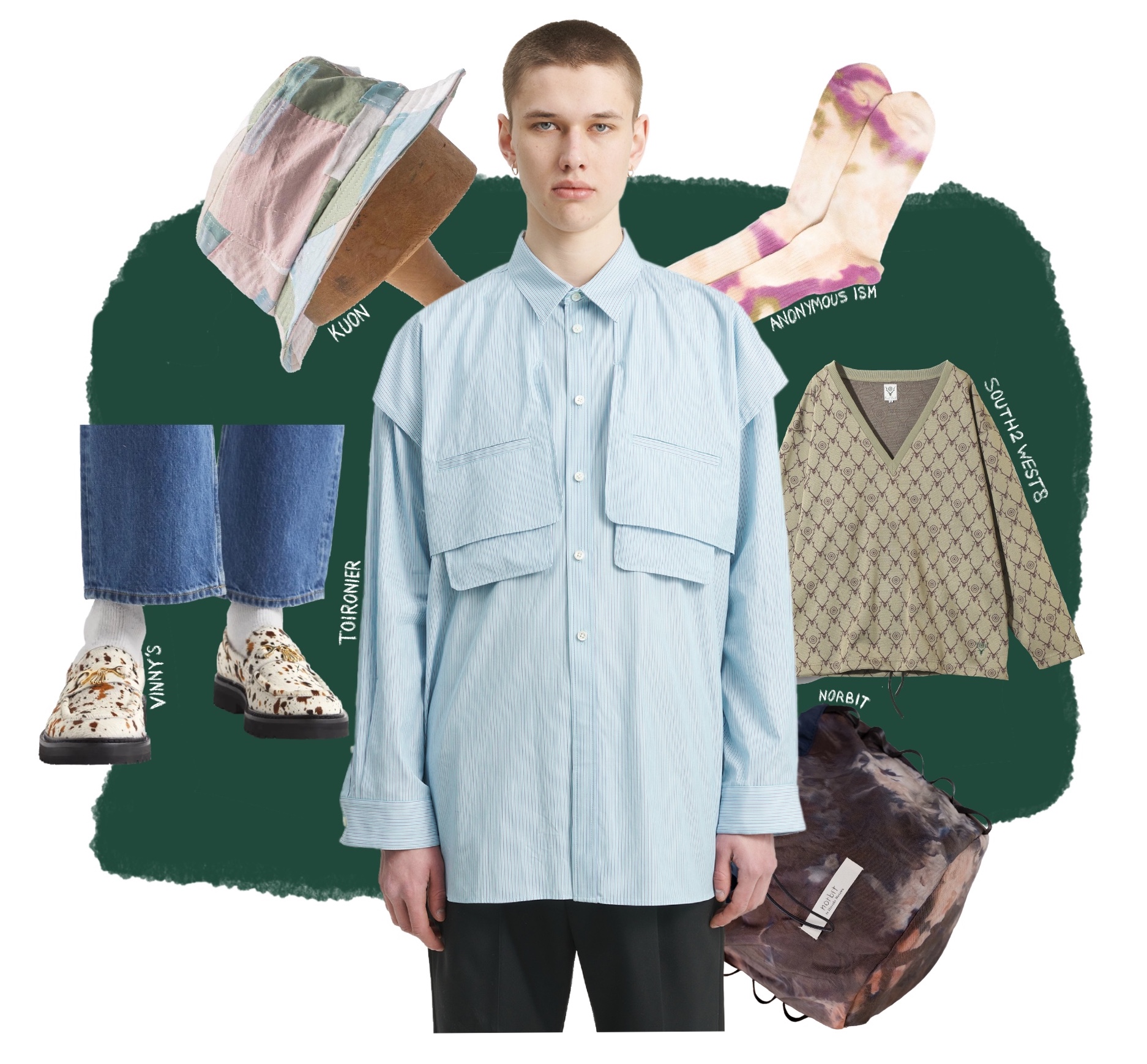 Easter weekend. A time for familial niceties, stuffing your yak-hole with bargain eggs and hiding impulse purchases from your partner. The latter of course is a year-long pursuit. It just so happens that in the course of writing this execrable round-up of want-want-wants, I took a digital detour to This Thing of Ours and swagged a Norbit bag. I’m incorrigible. Irresponsible. Terrible. And doubtless other ‘ibles.’ If my girl actually bothers to read this, I’m in big trub.

Imminent peril aside, here’s a round-up of stuff. Stuff and things. Luxurious inessential piffle that might, at least for a fleeting moment, stifle the feeling of existential dread.

Super fucking jazz hands! These will blow the doors off any fit. In fact you’d almost certainly need to keep the rest of your flex properly tame to accommodate the lunacy. Part Times Square pimp, part Rockabilly revivalist; we’re talking style with all the subtlety of a flick-knife.

Calf hair print, fat as you like rubber soles and horsebit bling. “Jangle jangle jewellery jewellery”, you might say. Before realising but how out of step your are with societal mood and retreating, crimson-faced, to the periphery of the conversation. Deploy with caution.

A whopping v-neck on this. Deep as tits. I think it’s the way forward myself, a refreshing antidote to your generic Cos-style polite, tight, Vs. I’d be interested to try one of these on and get to grips with the levels of chesty reveal. Course it doesn’t hurt to have the whole thing covered with antlers and targets either. It’s a big branded screamer: but you know, it’s a pattern, so maybe that’s okay. At £155 it’s not a bad price either.

I could do with one of these for my impending holiday to Rhodes. As the sun dips, it’d be perfect for a pool-side toss on, as I get stuck into a plate of feta, salad… feta… and whatever else they eat in Rhodes.

When a man’s lost count of how many navy and olive bucket hats he owns, it’s probably time to switch it up. Maybe it’s because the sun’s just come out, but I’m really digging on the pastels here. It’s laser targeted at a very specific market  — the follically challenged individual who wants to channel some Miami Vice magic. Done and fucking done baby.

At 210 sheets it’s an ask. But can you really put a price on looking vaguely like a paler, chubbier, less chiseled, balding Don Johnson? I think not.

I’ve just bought this. In orange. I think it’ll pop off my standard uniform of all navy everything. £65, I mean come on, I’m virtually making money. Head to the estimable This Thing of Ours for variations in grey, olive and brown. I’m not gorpy enough to care what the little loops on the side are for. I just think it’ll look cool. Sue me.

Sure, we’ve all got a drawer-full by now. But not in this specific shade of raspberry and pistachio. I could eat these in a fucking baguette.

If you don’t own a shirt where the pockets hang out the front like cow’s tongues I don’t even know who you are anymore. Word on the street is, out is the new in, and pockets that would look bulgingly stupid if you actually put anything in them is maximum hotness.

This piece from Toironier over at Très Bien captures the moment. Faux-utilitarianism meets Wall Street meets Cyberman. EG is looking real old right now. You know where you can stick your eye-rolls.