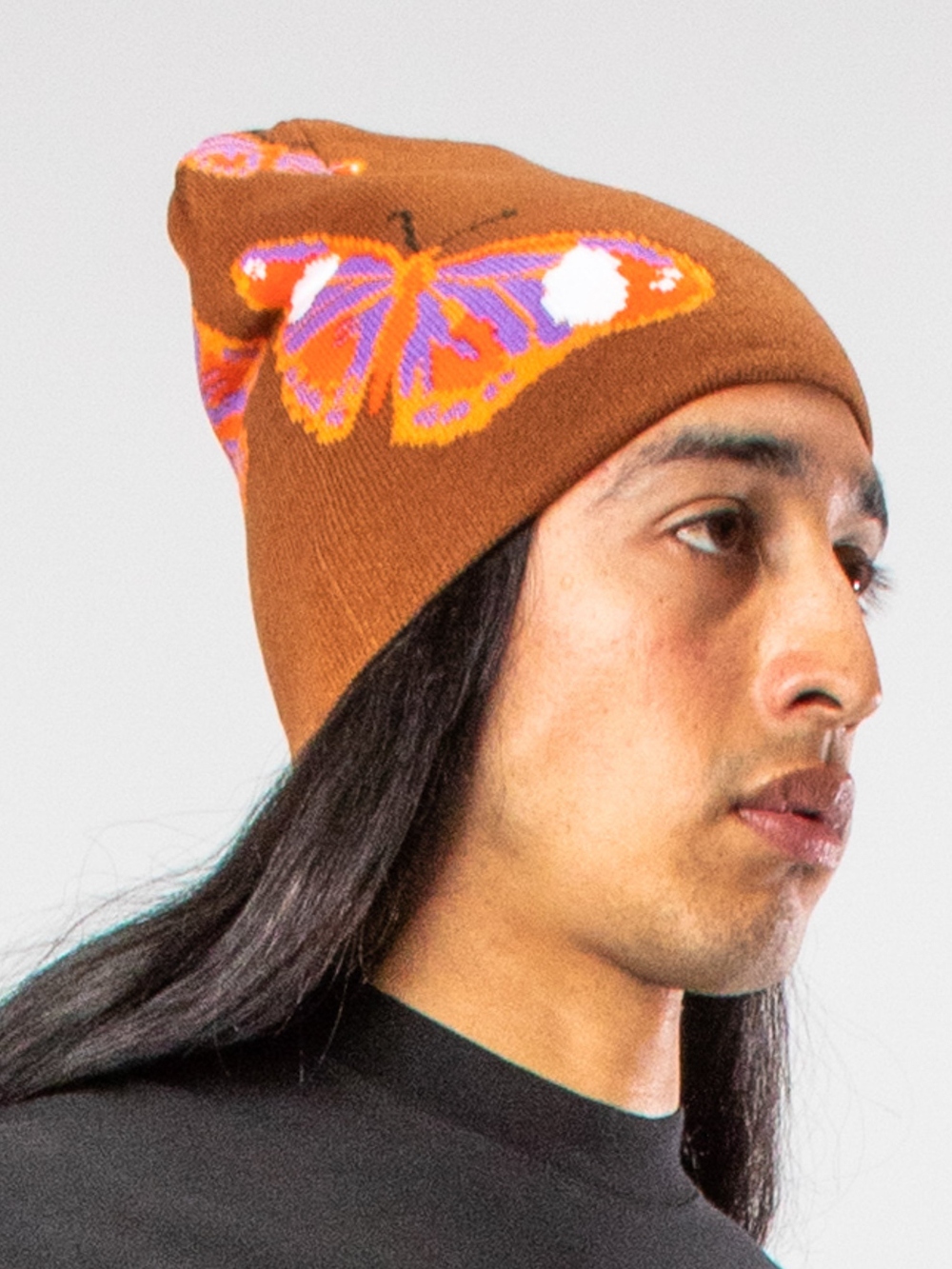 Once, as a child on a French campsite, I was chased from an outside toilet with my shorts round my ankles by the biggest moth I’ve ever seen. I swear it turned its powdery head and looked me square in the eyes. My relationship with big-bodied winged insects has never been the same.

I see moths as the Yohji Yamamoto of the fluttering pest world  — droopy, grey and sinister. This is no slight on Mr Yamamoto, but moths are fucking evil. It’s not even that they eat your clothes, it’s more their appearance: they’re hairy like a miniature wolf and fat and full of puss. I genuinely fear big moths.

Dragonflies on the other hand (while equally revolting if you ask me) are at least debonaire, more of a Studio 54 insect  — keeping things topical, let’s think of them as a Halston. And then you’ve got your butterflies. Now, I’m significantly less scared of butterflies. Which is weird, because they’re basically a moth with a Versace make-over. But nevertheless, if I had to wear a beanie featuring either a moth, a dragonfly or a butterfly, I’d go with butterfly every time.

Convenient then (for designer Lisa Le Strange’s accountant especially) that these hats feature my most tolerable aerial arthropod.

There are two colourways, tobacco brown and lime green and both are available over at LA’s Union. And I’m kind of digging on them. Perhaps it’s years of wearing Needles, with it’s hovering Papillon inspired emblem? Maybe I’ve grown as a person? If a large moth flaps by I’ll still scream like a baby goat and reach for a rolled up magazine, but maybe I’m now strong enough to wear a butterfly beanie.

As far as the brand goes, Lisa Le Strange is a new one on me. The fresh brand site doesn’t feature an ‘About’ link. While over at Union the write-up is (typically) abstruse.

“The vibe of each unique piece challenges conventional norms and dares to push the collective mind to new realms.”

“Strange or ahead of its time…the future is determined by the present.”

Behind the quasi-philosophy, you’re left with a very LA, skater-friendly collection of loose fits, clip-art skulls and asymmetric splodges. Not exactly an uncommon palette. Still, the appeal for the UK resident will be bolstered by the fact that there are no stockists on this side of the pond. And if we’re really honest with ourselves, that’s probably true of a number of brands.