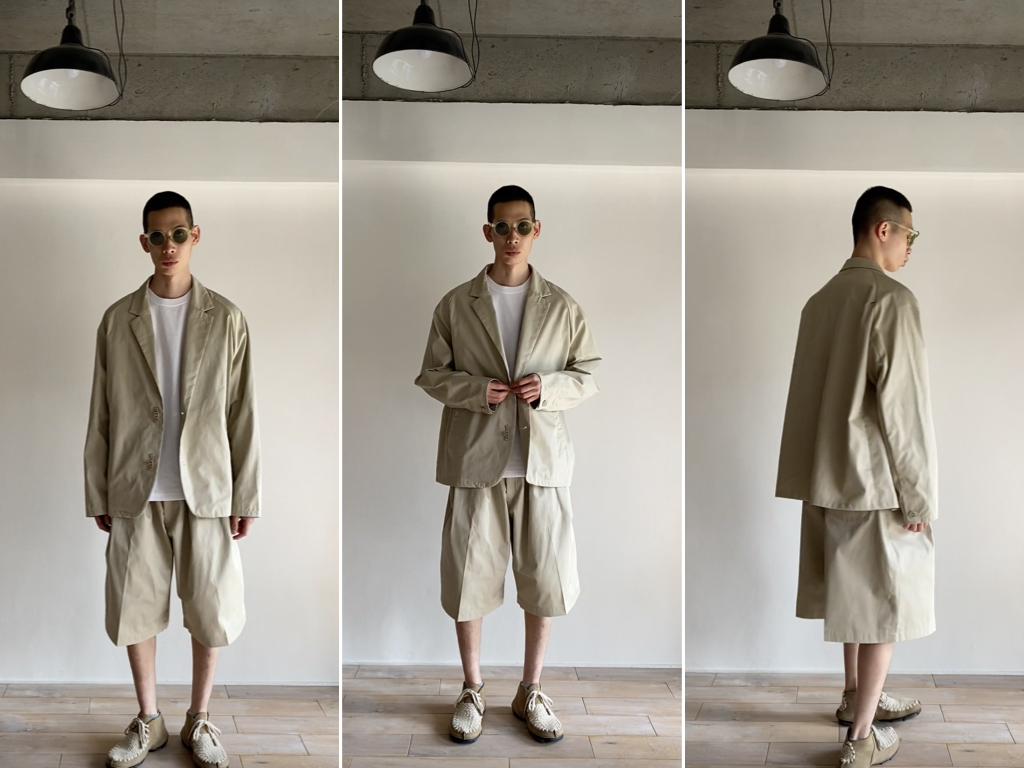 I’m broadly ambivalent about the arrival of summer. As far as I’m concerned it just offers up another flavour of extreme weather. Agreed, constant drizzle sucks. But so does being roasted alive like a pagan sacrifice. I’ve never understood the UK’s passion for perching outside pubs in the blazing sun, fluorescent foreheads and sodden underwear all round. I’ve got a banging headache and it feels like I’ve pissed myself, CHEERS!

I know I’m in the minority. My fellow man seems perfectly happy absorbing countless sheathes of lager, while done up in vaguely athletic oddments. Polyester short-shorts, a pair of something inexcusable by Sketchers and vests. Blokes in vests. If there’s ever a garment that has no place in public society it’s a vest. There’s a difference between looking like you haven’t tried too hard and looking like you can’t be arsed.

I champion a summer look like the one above: the biggest conceivable shorts and a blazer to match.

Fans will recognise this as the work of Nicolas Yuthanan Chalmeau and Sillage. The brand’s signature is massiveness  — giant trousers, shorts, blazers, hats… extremely Japanese and about as cool a silhouette as is possible. Everyone knows Needles HD pant, but here the whole collection is given the super-super-sized treatment. Pieces only come in one size, BIG; which at least gives the online orderer one less thing to worry about.

The ‘Circular Shorts’ are a new style (derived from their pre-existing Circular Pants) and hit that crucial mark just below the knee which (at least as far as I’m concerned) is the only way to wear shorts right now. The blazer is a two button and something of a departure for those of us who haven’t bought a blazer with fewer than three buttons for years. But again, it’s so boxy, it’s virtually A-line; no one’s going to mistake this for a formal garment.

Of course, the wearability of this two-piece does rather depend on your tolerance for heat and your tolerance for other people looking at you like you’ve lost your marbles. The former I might struggle with, the latter is always a pleasure.