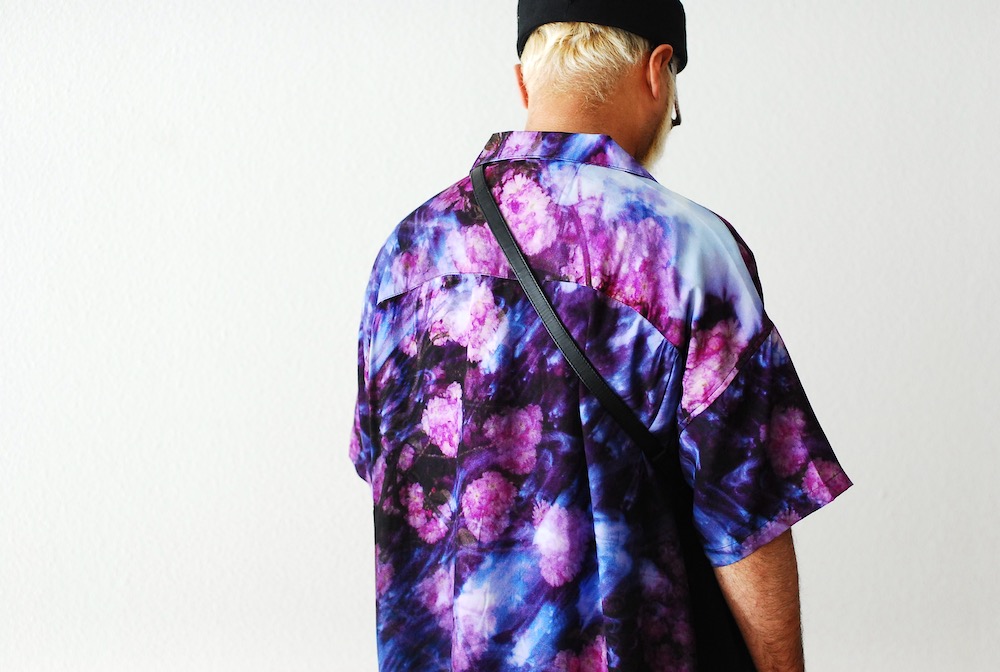 Day 142 in the Big Brother house. My girl is still away and I have regressed. I’m basically now Neolithic man with better trousers. There are overflowing bins, Amazon boxes to be recycled and stacks of washing up. On the coffee table sit half eaten French Fancies, on the B&O the ceaseless twanging of left-field techno.

I keep looking at the mess. Which is a start. I like to check-in on the mess from time to time. I don’t want to actually do anything about it, but just reminding myself that at some point I will, is oddly cathartic. Besides another sojourn into the less traveled corners of Bandcamp always seems infinitely more important.

Then of course there’s unnecessary and obscure menswear to locate, catalogue and comment on. Who’s going to get that done? My girl may moan at me for not emptying the bin, but really, she’s not seeing the bigger picture.

Speaking of which, this shirt is from skate-park enthusiasts Tightbooth Production. They’re a Japanese imprint who offer a range of (presumably) ‘bodacious’ goods across socks, pants, sneakers, hats, bags, magazines and DVDs. Personally, I know little about skatesmanship other than it’s quite funny to watch YouTube videos of people falling off. I expect there’s more to it than that.

Either way, it’s a bold piece. My girl is a big fan of Raspberry Gourmet Yogurt from The Collective (see participating Sainsbury’s outlets) and this shirt reminds me of that  — competing shades of hibiscus and magenta  — I could dip a biscuit in it.

It’s raining again today, but this shirt will doubtless find its footing come the sunshine. Dressed up or down, I reckon it’s a winner and for one and a half, not an obscene chunk of change for a piece you won’t see anyone else in.

So, ‘obscure menswear to locate, catalogue and comment on’: CHECK. New Macaulay EP bought: CHECK. Shit, I guess there’s nothing for it, it’s the mess; after all she’s back tomorrow. In the meantime, I suppose loneliness is a companion of sorts.