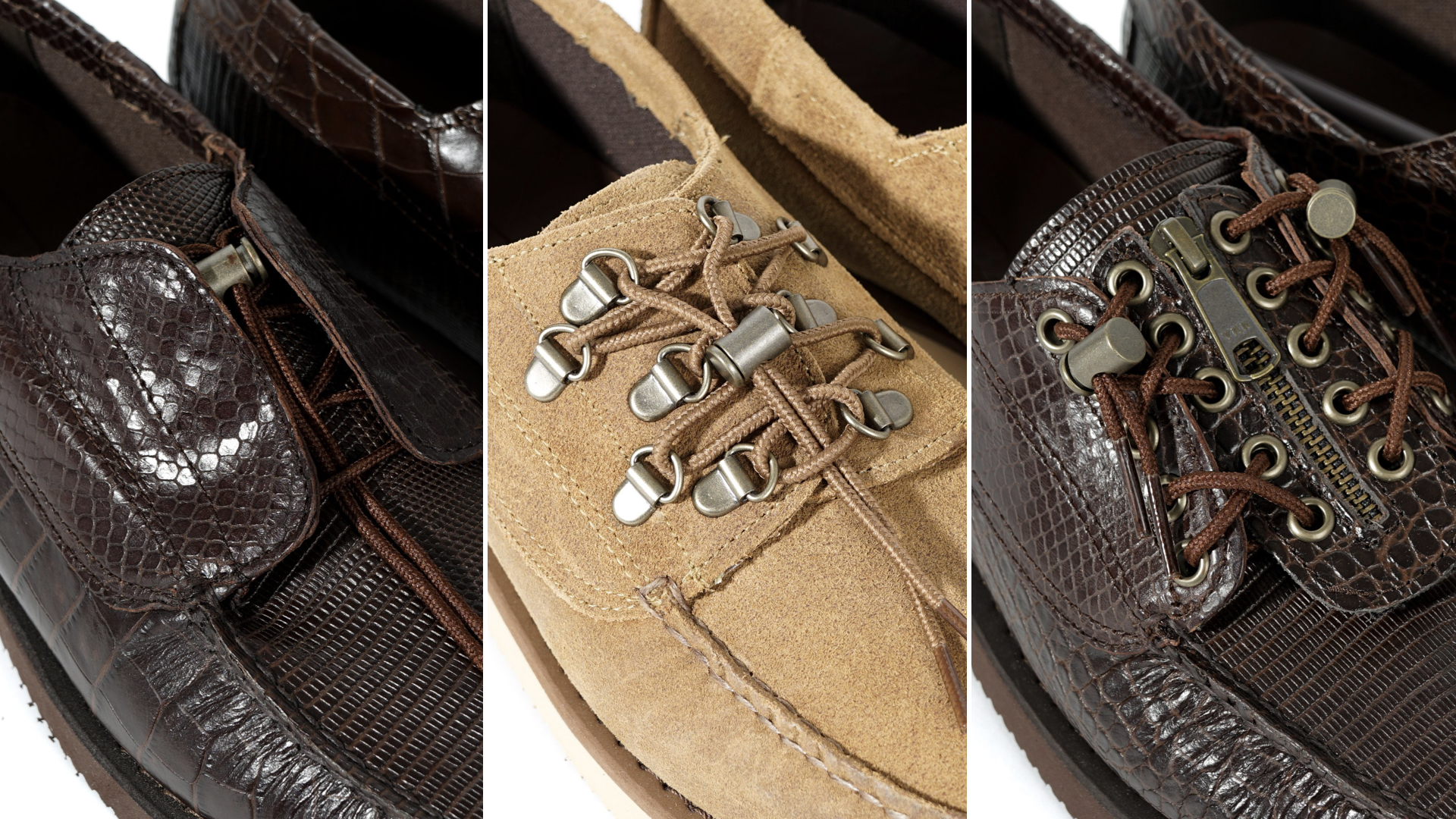 I’m sure your Instagram feed is already full of the new Engineered Garments x Sebago collaboration, but I can hardly not mention it.

Besides, I reckon it’s a proper wow.

Dunno about you, but I frequently see collaborations and wonder what exactly they’ve done? Two colossi of the menswear world collide and the results can be lacklustre, sometimes positively clandestine. A minor tweak here, the addition of some branding and Bob’s your colab  — at a modest distance you might as well be wearing the vanilla item. No so here.

There are three styles, from left to right in the image up top: Coverdeck, Overlap and Zipperdeck. And just like Jonathan and Jennifer Hart, when Engineered Garments and Sebago met, it was murder.

The Coverdeck is the most minimal style, concealing the fastening system beneath a plain upper. Things start getting freaky with the Overlap, where an army of D-rings appear to be competing for the attention of the laces. While the Zipperdeck goes full Hellraiser featuring 20 lace-holes and a central zipper. The latter is the standout. It’s the deck shoe the Buzzcocks would have designed.

Across the Nepenthes empire these styles appear to be available in a number of fabrications and colourways. You’ve got beige, chocolate brown and black, across suede and ‘Exotic’ (crocodile embossed leather).

Personally, I’d take the Zipperdeck in brown exotic all day every day. For me the appeal is the punkish corruption of an other otherwise respectable deck shoe brand. Plus they just look alien. Somewhere between an H.R Giger painting and an episode of Howard’s Way.

You can check out the range over at Nepenthes NYC, they’re released today. We’re playing catch-up here in the UK, the London drop is due in-store and online on April 24. I understand they’ll be stocking the Zipperdeck in beige and black, so it sounds like for the other styles you’ll have to look further afield.