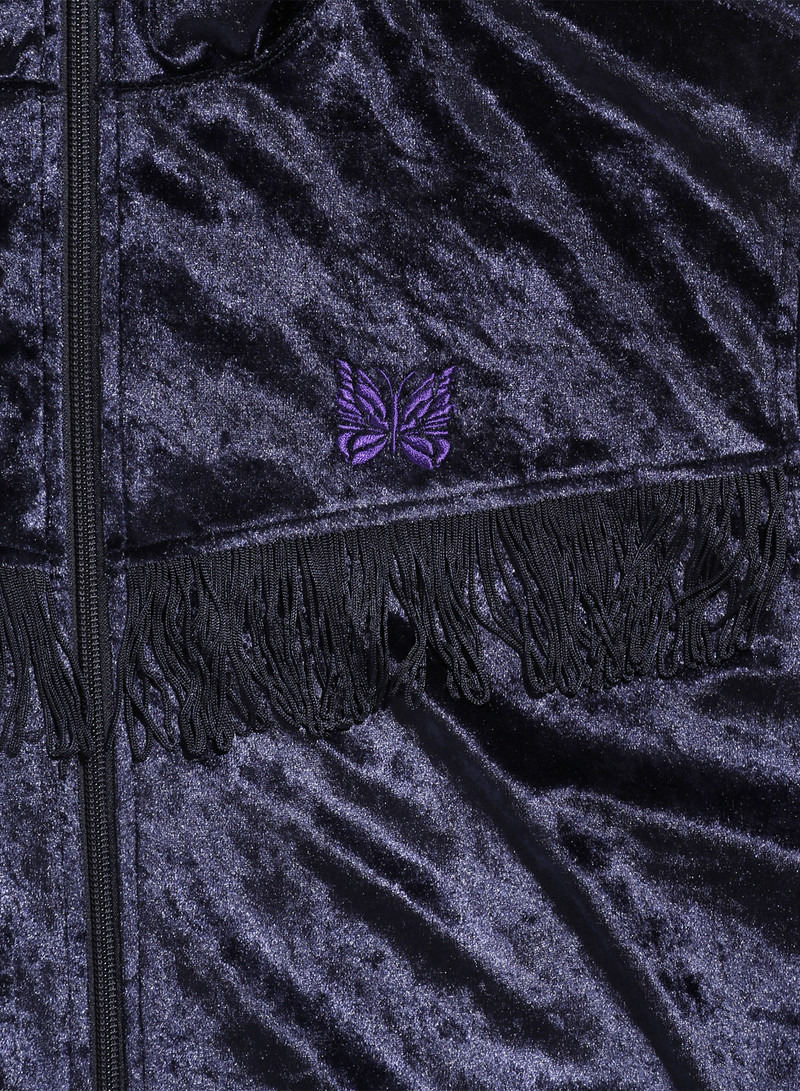 Typically at this time of year things start to wind down, yet everything’s speeding up. Coronavirus has developed a 70% power boost. Shops barely have their ‘We’re back!’ stencils on the window before they’re forced to shut again. Christmas is on, then off, then on, then off… The French don’t want our lorries, but they might change their mind any minute. Broccoli is now the new toilet roll.

The country is a giant Scalextric track, and the car keeps falling off.

Menswear hasn’t escaped this national tizzy. Thirty percent offs are the norm, then “for 24 hours” a further 10% off that. The Bureau has gone on sale already and Kafka is offering its Patrons an early saving. While over at Nepenthes London they’ve already got Needles SS21 in stock.

I can’t keep up. I haven’t yet grubbed around in the post-Christmas sales and Needles are already tempting me with an age-inappropriate fringed velour tracksuit top.

For me, this top falls into the same category as my Monitaly leopard-print fleece. They’re both dangerous pieces. Extremely noticeable and a little bit camp. If I wear my Monitaly out-out it’ll be anaesthetised beneath a jacket or blazer. I’ll show the collar, or some of the front, but the velvet trimmed arms remain secret. I suspect I’d have a similar relationship with this track top. I’d have to stick a blazer over the fringe on the back? Bit too Siegfried and Roy for me.

If this all sound rather negative, it’s not supposed to. It’s a killer piece. I love the fit of Needles tracksuit tops (I’m wearing one as I type) and that crushed velour would pop savagely against plain navy cotton or wool. And as an (ironic) fan of 80s upholstery, I’m digging on the fringes. It’s just that, as another year passes, as what little hair that remains gets ever greyer, you begin to wonder what the end goal is for trying to pull off a top designed for a (much) younger audience?

Who am I kidding? Were this top in the sale I’d buy it today. Sadly for my wallet, it’s not. It’s just a pleasingly premature taste of tomorrow. A tomorrow that at the current pace of things is probably already yesterday. Which means it should be in the sale any minute.