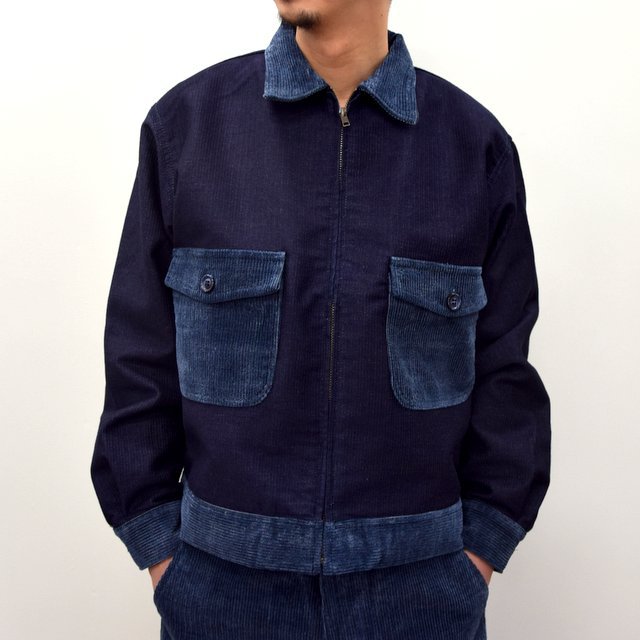 Now here’s a piece to wear to Back to the Future’s Enchantment Under the Sea dance. Rev your DeLorean, give your Gibson a thwaggg and biff Tannen on the nose; this is so 1950s it comes with a free pocketful of sexual repression.

Back to the Future not your bag of candy canes? In that case think T-Birds vs the Pink Ladies. Or, somewhat ironically after the year we’ve had, Happy Days.

It’s squared off. It’s got a chunky hem. It comes with its own Buddy Holly soundtrack. But with fewer hand-jiving greasers, and more greasy hand-sani, does this style still work today?

I’m going to say yes. Probably. My indecision is based entirely around that short hem. Depending on the cut of your trousers and your general physical make-up, jackets like these can make you look polygonal. As though you’ve been crudely assembled from child’s building blocks. It’s the waist usually. In from the belly, out at the hips  — like a Todd McFarlane Spider-Man baddy.

I should point out that this jacket is by BROWN by 2-tacs and crucially doesn’t appear to feature any elastic in that hem. Unlike this season’s jersey hemmed Engineered Garments numbers, this piece looks more up and down. While it’s short, you’ll probably side-step that clothy body-builder vibe.

It’s indigo-a-go-go all the way, with both the cotton body and corduroy trims having taken a dip. A first-time wear on a warm day over a white t-shirt is a recipe for disaster. It is lined, but still, it’s a risk.

Lovely piece though. Once the dye has calmed itself down and it’s in regular circulation, I can image it’d come into its own as a simple way to smarten up most fits. Can’t make out if it features a two-way zip. I don’t think it does, which is a shame. Unzipping a smidge from the bottom, while leaving the top fastened is a welcome solution for those of us who appreciate the Christmas Roses a little too much.

Anyway, 50s style. Contemporary prices. Blue smudges on your hands. Such is the way of the modern menswearist. Is it me or are those Pink Ladies jackets looking really good right now?