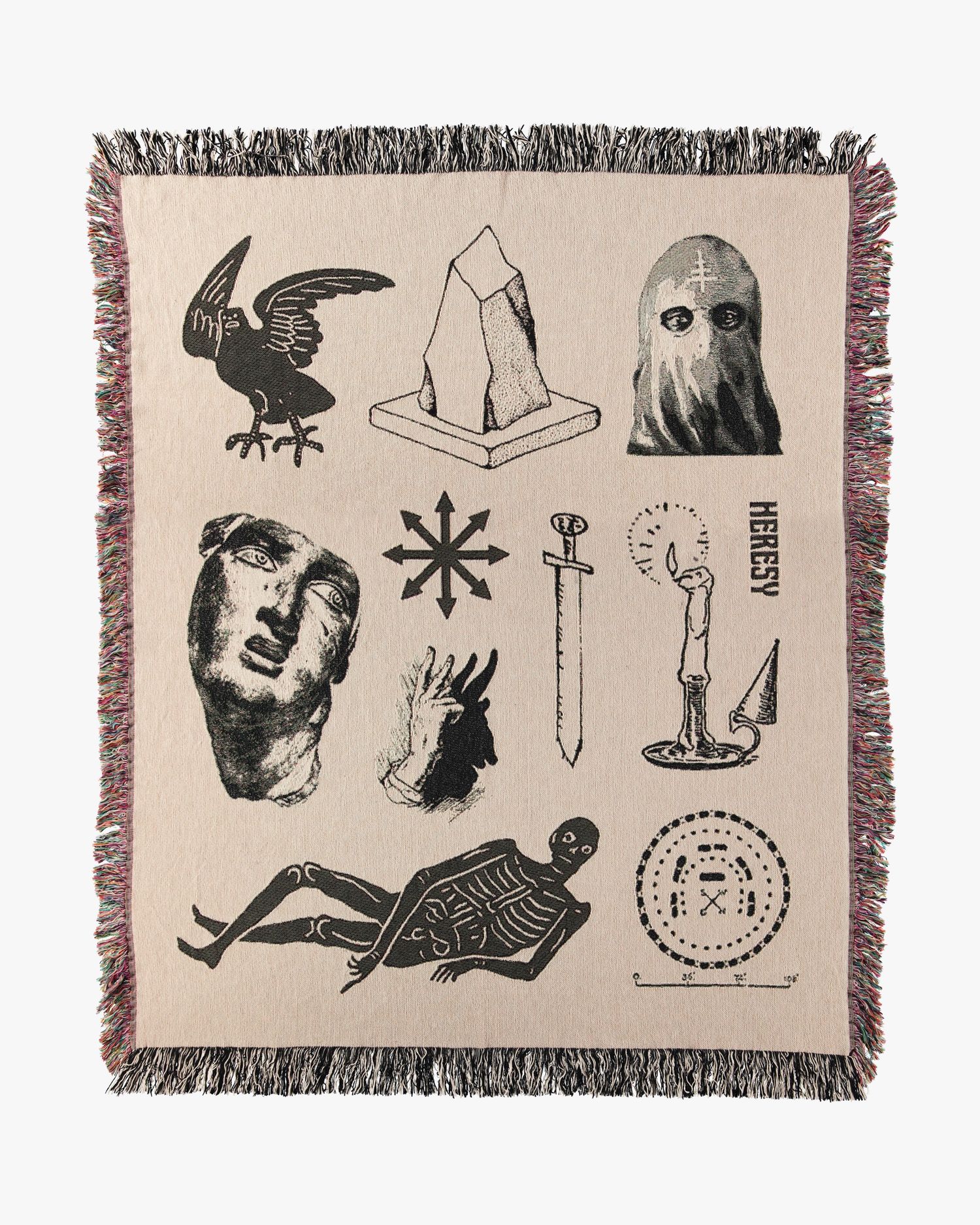 Looks like we’re heading for Lockdown 2: Electric Boogaloo. Who would have thought it, seems like encouraging people back to restaurants, schools and offices isn’t the best way to stop folks coughing all over each other.

What does a second lockdown even look like? My money’s on full societal regression. With Johnson’s crew breaking the very rules they espouse, brazenly offering multi-million pound deals to their mates and now sticking two fingers up to international law, there’s no hope left. Our moral centre is being shat on by the very people we elect to enforce it.

I anticipate mass looting, urban fox hunting, and men and women wearing furry knickers like Raquel Welch in One Million Years B.C. And in Rees-Mogg’s Britain cows will wear bowler hats, even as toddlers begin to bark.

We can also expect the rise of paganism, the original religion of the peasant class. And in such thinking it looks as though Peckham creative cluster Heresy are well ahead of the game.

I don’t much focus on interior design here. The main reason being, it tends not to be wearable. Although again, as you can see below, Heresy are already anticipating our new topsy-turvy world.

I need to join this Summerisle conga fast and I reckon this blanket/throw/rug/shawl thing is my way in. I’ve already assembled my copy of Weird Walks magazine, my presentation box DVD of The Wicker Man (signed by Christopher Lee) and I’m attempting to revise my opinion on the Solstice Ritual Crystal Bundle (currently still available at Goodhood for £32). I’m now totally ready to accept Bældæg, son of Woden into my life.

No idea what the iconography on this thing actually denotes. There’s an obelisk, a sword, a candle and a sunbathing ghoul; you’ve also got a chicken, most of a statue’s face and a scary hooded dude who looks like Marvel’s Baron Zemo. But I don’t care what it means. For me it represents my new undying devotion to a new world order of fox pies, DIY medicine and howling at the moon.

It might even make my rubbish sofa look cooler.