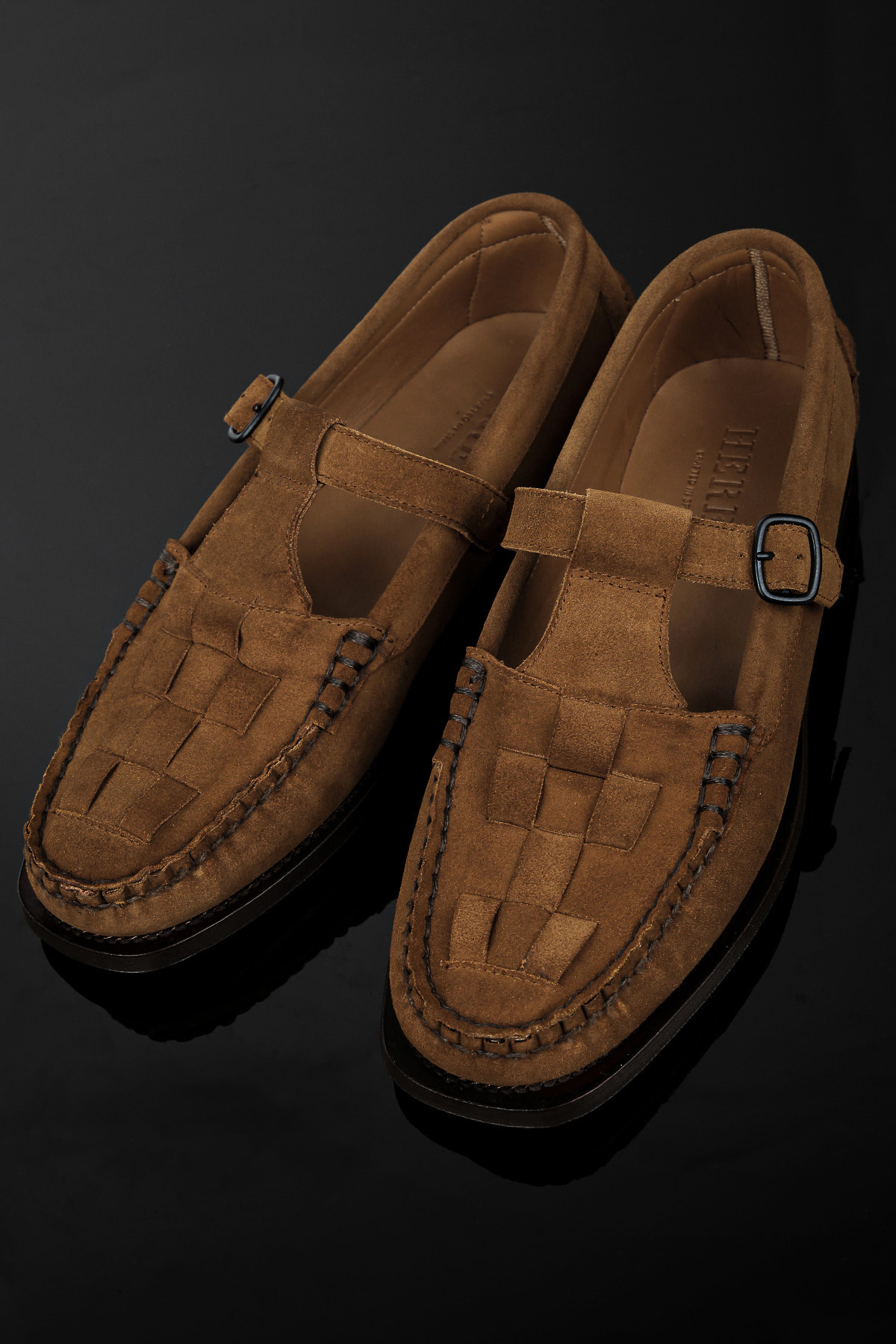 Hold up. Don’t go anywhere. I know what you’re thinking. Thin soles. T-bar strap. Looks like something your niece would wear to primary school. But let’s just give these slender numbers a moment.

Is it possible there’s something here for the more open-minded menswearman?

I’ve spotted this style of shoe worn by guys around south east London. Not many, just on the odd occasion. But in these instances they’re clearly vintage finds. Worn by a youth for whom the 80s is just an analogue dream of tatty magazines and anaemic Polaroids.

But some of us lived though the flouncy wardrobes of new wave pop. Some of us remember Robert Downey Jr. wearing this kind of thing in Less Than Zero. For such individuals shoes like this carry weighty cultural baggage. So what’s your baggage allowance?

Oddly (keeping in mind how often I rail against wafer-soled loafers) I’m taken with these. They’re by Hereu, a Spanish footwear brand that appears to specialise in loafery footwear for Mediterranean climes. And for me this style fits into that elusive spot between my usual clumpy Commando treaded shoes and those freaky Needles slip-ons.

Needles frequently style their giant trousers with delicate and terrifyingly pointy slip-ons — sometimes even (god forbid) mules. And it’s fascinating. But absolutely not part of my brand eye. A little too graceful.

But maybe these shoes could do a similar job with a big trouser; slimmer than my usual go-tos, but substantial enough not to feel like lady shoes.

I don’t know what business a guy from Peckham has in Mediterranean footwear. It’s raining and these are suede (although you can get the same model in leather on the brand site.) I do really like the idea of them. I like the concept. I just don’t know if they’re a bit Duran Duran?

I show these to my girl, expecting laugher.

And she says, “yeah, totally, I think they’re really cute.”

Evidently I’m the one with the baggage after all.