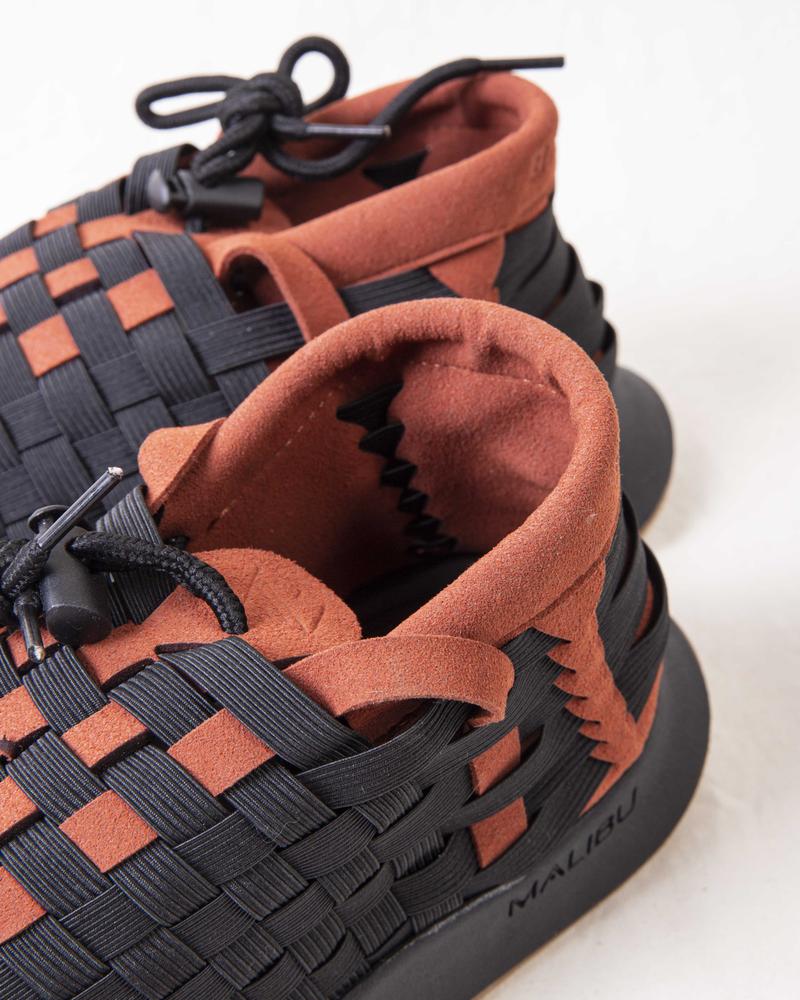 So the great unlocking has come. It’s now over to the collective intelligence of the British to carefully weigh up the odds, before getting ten beers in and having a fight. At least it’s something to tut at on the news.

For the menswearist, the relaxation of rules does mean you can now legally pimp about in all the new kit you’ve stockpiled over the last three months. Suddenly you’ve got a living breathing audience for that questionable sale shirt — a reminder, if any were needed, that the full length mirror in the spare room never rolls its eyes at your fits.

I suppose this has coincided nicely with the end of the sales. They were really starting to stink up the place. It’s still a gold mine for Needles shirts that nobody wants over at Mr Porter. But on the positive side, new season pieces are starting to appear. Like these sandals over at New York’s Blue in Green.

You’re looking at a collaboration between Malibu Sandals and Battenwear —  the colourway is black and whiskey brown. Personally (as I’ve said many times before) I don’t play so much with black clothing, I much prefer a dark blue. But in this case, I wonder if the brown softens them enough to work alongside blue?

The model is the Latigo II. You’ll be familiar with the regular Latigo, it’s a lower style and crops up at loads of indies like Kafka and Goodhood. The Latigo II, with its raised, tighter fit, looks more sock-like, maybe more sporty.

The result is a checkerboard effect, reminiscent of Old Skool Vans, but sitting atop a more prestigious and anatomically correct fusion of recycled Vibram gum. I’ve got a couple of pairs of Latigos. And speaking from experience, once you embrace the squishy vibe, regular shoes will always feel a bit precise and uptight in comparison.

I rather like these. Certainly they’re uncommon. And they’d definitely be super comfortable. I suspect they offer the kind of cushiony foundation a coward like me needs to begin to face the outdoors once again.