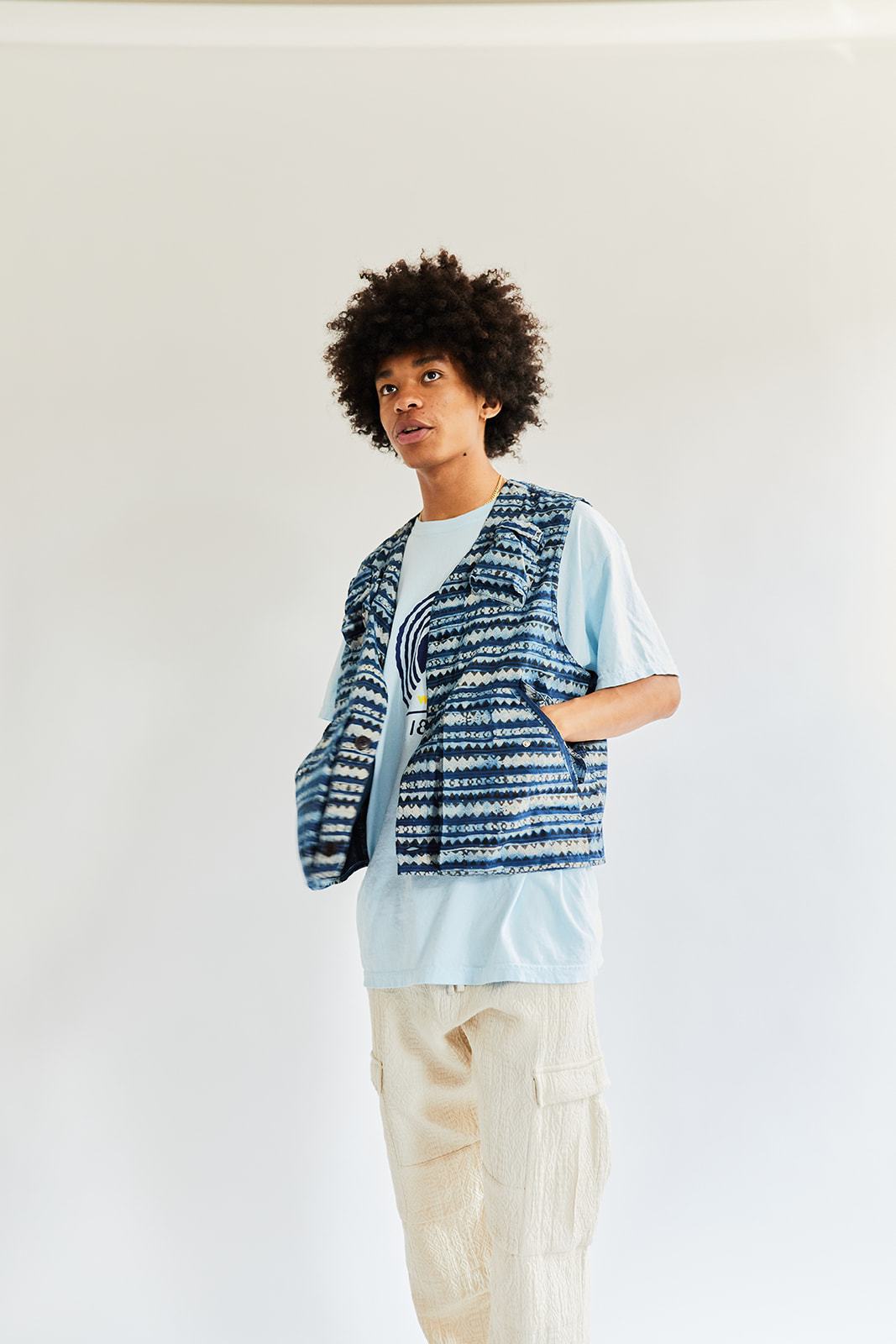 A bit of decorum. That’s what’s needed. A little dignity. Often my girl accuses me of snobbery. And yes, I suppose I have reasonably specific views on clothing and film and literature. And interiors and art and design. And bars. And learning. And music. It’s true. I can become quite exhausted from eye-rolling alone. Recently my neighbour has taken to playing Born Slippy loudly in his garden. Yet my tutting remains audible. It’s 2020 for fuck’s sake, sort your taste out.

Bring back decency I say. Try ‘being a grown up’ on for size. It’s a journey that can start with this utility vest.

No one is going to pull down their trousers and pants and poo in front of people while wearing this vest. Somewhere between the physiological and the psychological it’s just an impossibility. Apologies in advance for using the phase, ‘the kind of person’ (I said I was a snob) but the kind of person who’d choose to wear this is incapable of shitting on a beach. Innately this garment is not compatible with a publicly voided anus.

I expect the makers of this vest, Eighteen East MFG, are more than aware of this. I can’t imagine ‘taking a public shit’ has ever been on their mood-board. Rather it’s based on the classic Air Force C-1. There’s a significant reduction in pockets, this piece carries four, but surely that’s enough for most eventualities.

The fabric is a standout. It’s hand printed in India and offers a pleasingly dense and busy pattern. Lovely shades of indigo. Keep your foundation garments plain and it’ll look savage. Although take care wearing a dark shirt beneath; 80s snooker player is an extremely advanced look.

According to Bournemouth council, the recent scenes illustrated a “breakdown in public behaviour”. Which is a dignified way of saying everyone was shitting all over each other. If the Bournemouth councillors can exhibit such decorum, why can’t everyone else?