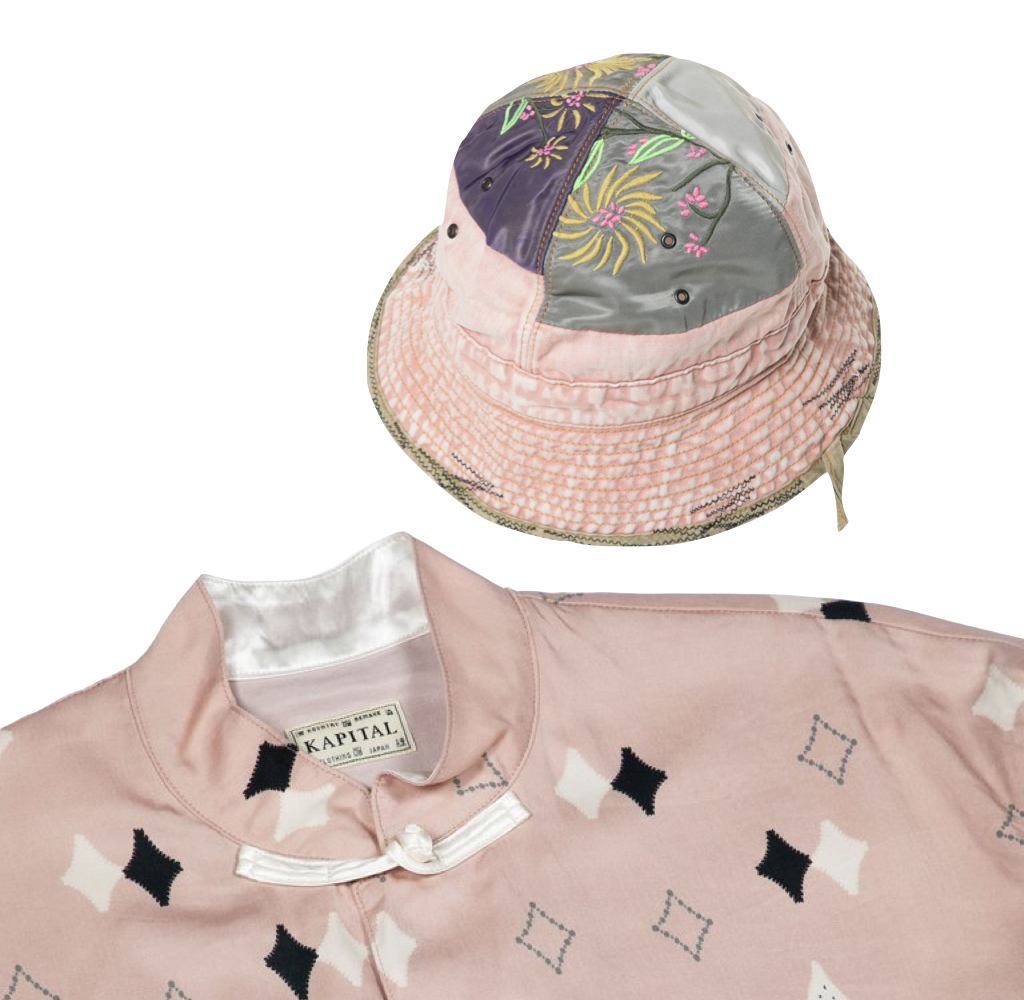 Two cans of lager in and this pink jacket and hat are starting to look plausible. I’ve hardly touched the booze during lockdown — my enjoyment of the hop and the grape is too predicated on debauched socialising. But I’m far from the shitwits on Bournemouth beach. I’m just here, lying in my garden. It’s late, the sun has gone. And I’m wondering how fucking ridiculous I’d look in this combination from Kapital.

Powder pink2. It’s an astonishing combination. Probably a bit too astonishing. I’m torn between the beauty and the impracticality. The hat on its own? Easy. As idiosyncratic punctuation to a more subdued look it’s a winner. But the jacket? A powder pink jacket with a Mandarin collar and those ornate frog fastenings? Lunacy surely. For fuck’s sake, it’s actually called a ‘Kung Fu Blouson.’

And then what about the pair together? They are sold separately of course, the buyer of one is under no obligation to double team. But looking at them over on Union they feel like a tea and biscuit. Lager and a fag. Virtually inseparable. Irrespective of the fact that you’d look demented.

I want to be clear. I love this stuff. It’s theatrical and costumey, but I cannot imagine a scenario where I’d feel comfortable in this jacket. I mean, maybe if I was in an am-dram production of The King and I? But the chances of that are less than me buying this jacket in the first place.

If you want the specifics and make-up details, head to Union. There’s no point rattling them off here, you’re either in the madness market or you’re not.

Two cans of lager (strong lager mind) has a curious effect. Particularly if you’ve abstained for months. It can relax. And conjure melancholy. But also, I’ve just discovered, make you downright sad that you’re never going to be the kind of person who can wear a pink hat and matching Kung Fu Blouson.