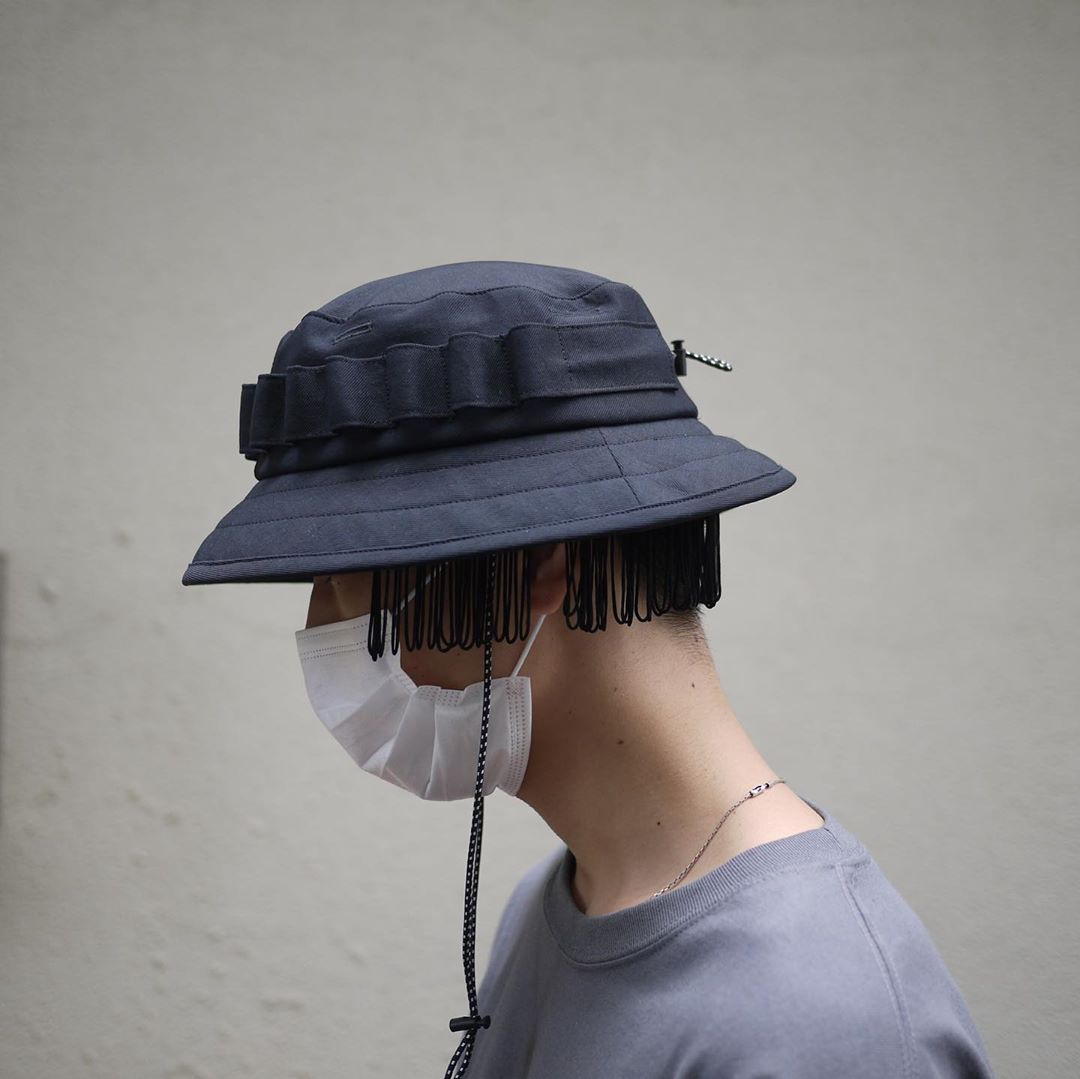 Another discovery are Co-op’s Rainbow Uni-Cones. For the uninitiated these bad boys are basically a Cornetto with a Queer Eye makeover. Vanilla and raspberry ice cream, raspberry sauce, white chocolate coated cereal pieces, and strawberry flavour pearls, all atop a black cone. Forget the calorie count this is lifestyle ice-cream. They’ve taken a classic, hauled it through Accessorize and on to Vauxhall’s drag bars. Too much is not enough.

It’s the same story with this new bucket hat from Sasquatch Fabrix.

Called the ‘Fringe Jungle Hat’, this is a military boonie style with a bunch of extra toppings. Most notably that fringe. Why haven’t bucket hats always had fringes? Looking at this now, it seems like the most natural thing in the world. Useless, certainly. But it’s difficult to argue that the fringe doesn’t elevate this hat into enviable ‘what the fuck’ territory.

You’ve got your traditional ‘branch loops’ and a pull tie onboard too, as well as a neck cord to stop it blowing off. Great details all. But you’ll already know if this is for you. Are you the kind of man who can pull off a hat with unnecessary upholstery or not? That’s the only question. I’d like to think I’d give it a go. I’m no fan of chintzy 80s sofas, but taking one of their defining characteristics and putting on an army hat… well, that’s something different altogether.

You can grab one of these in navy over at Kikunobu. And the other colours pictured? They exist over on Sasquatch Fabrix’s site, but I haven’t seen them for sale. I envy the man who dares make the purchase. For now, I must make do with an absurdly dramatic ice cream cone.