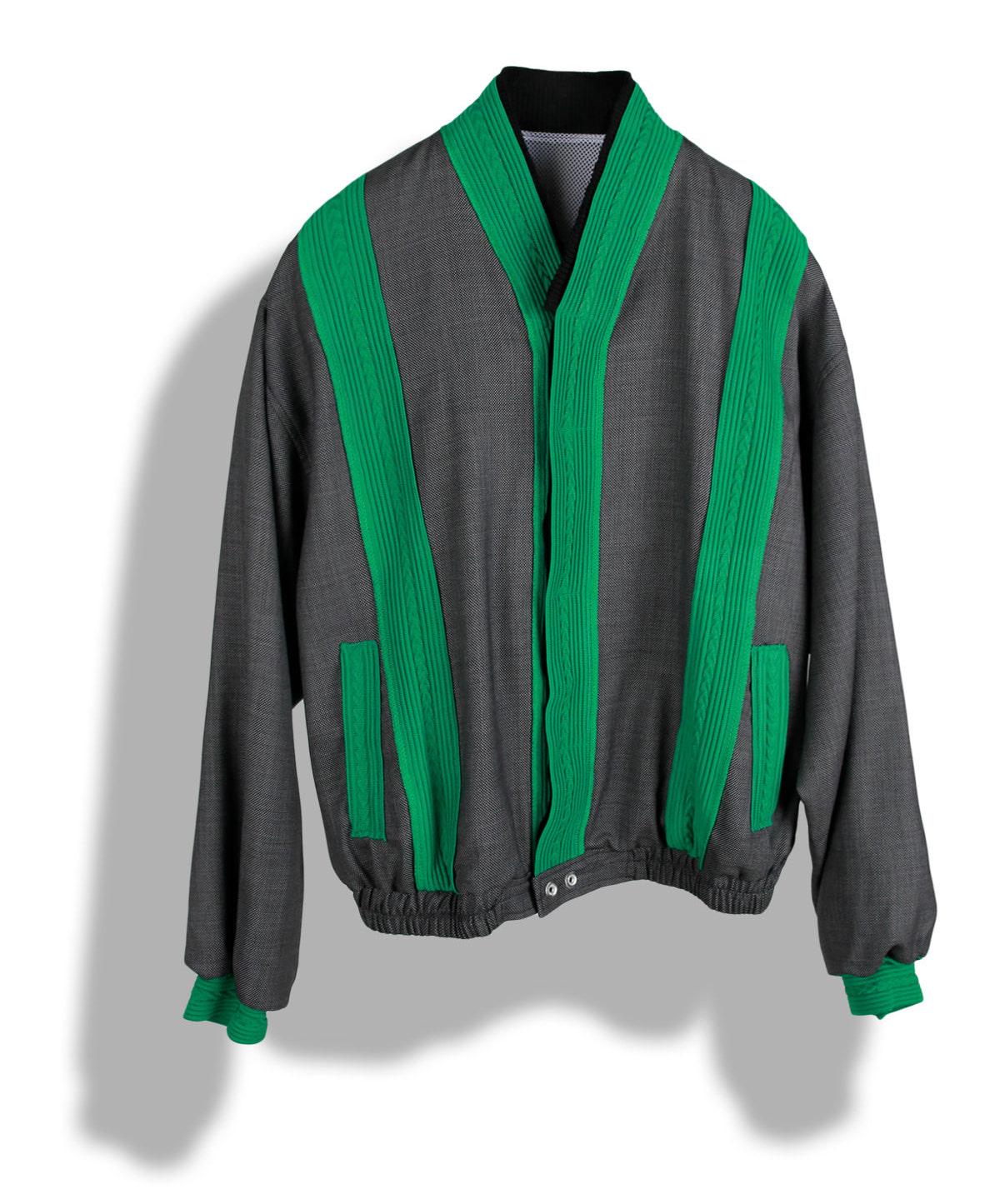 This is from Italian brand Magliano. It’s called a Rave Cardigan, although I suspect it’s never seen the inside of a rave. Over at South Korean retailer, I Am Shop, they say it’s got the, “feel of ancient Greek nostalgia.” To me it looks like posh 90s casual wear. The sort of thing worn by expat gangsters on the Costa del Sol.

It’s something of an anachronism. Totally out of step with the prevailing mood of almond lattes, organic hand-sanitiser and motivational memes. This is a cardigan for a sex-dragon. A dude who looks like a blend of Hunter from Gladiators, 80’s man-model Fabio Lanzoni and Salvadore the yoga instructor from Couples Retreat — “yesssss, encouragement.” It’s to be worn bare chested. It’s to be worn while slowly eating cherries. It’s to be worn erotically.

I suspect that in Peckham I might encounter some challenges following my own advise. Going bare chested would be a pretty chilly right now. And I’m not sure gently tonguing a bag of fruit in front of steely-faced art students would result in a swift sexual conquest. That said, there’s something appealing about this piece’s backwards naivety. It harks back to the days when MTV defined the tempo of the times and estate agents from West Bromwich to Gateshead hit the discos in white linen jackets and espadrilles.

According to I Am Shop it’s made of wool and polypropylene — I’m no scientist, but I’m assuming the green trim is wool. Other than that, what you see is what you get. Concealed fastening, a couple of snap buttons at the hem and a triangle-ish cut providing that wide, but short shape so beloved of late period Sonny Crocket.

I’m 100% about this life. But it’s a life that doesn’t exist any more. I don’t have the physique to do this justice. All the discos are now Prets. And it’s been a long time since Kajagoogoo troubled the charts.