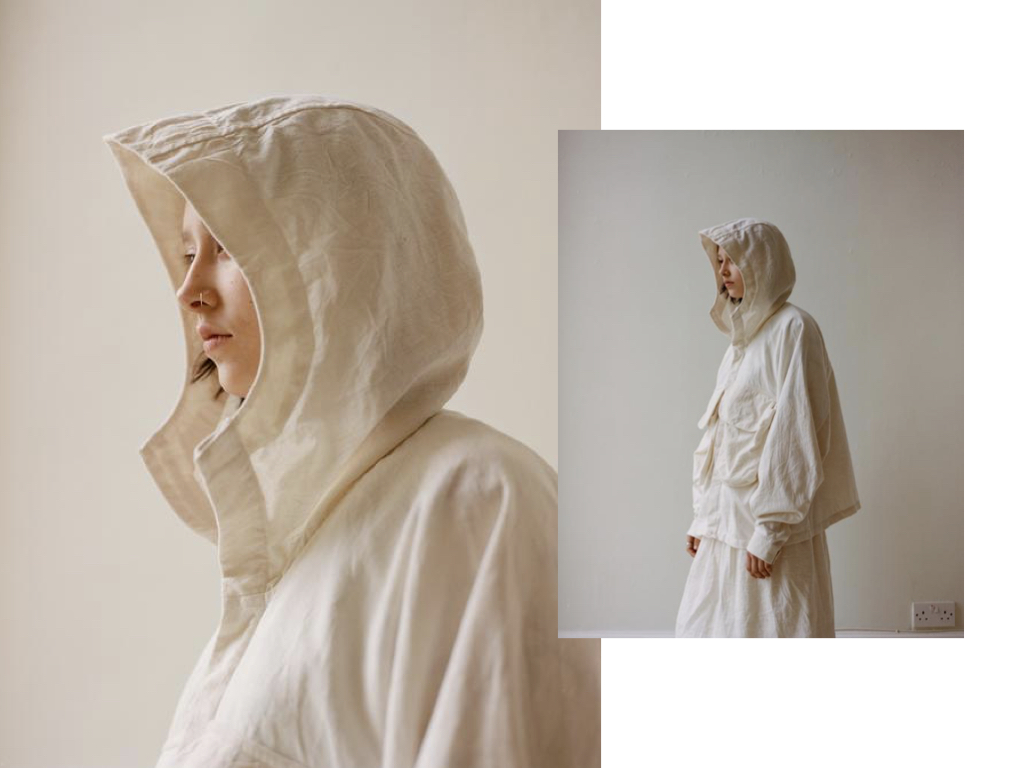 Our favourite eco-exorcists Story MFG have just dropped new pieces for Spring. In the mix you’ll spot a heady rework of the ‘Short on Time’ style, dubbed ‘Second Trip‘. It looks like designers Katy and Saeed have been swigging from the lava lamp again — check out those grinning suns, spiky marijuana leaves, peace logos and tumbling mushrooms. It’s a simultaneous representation of the globally conscious and the bong-induced unconscious.

But this is the zeitgeist right here if you ask me — wear it to catch one of A24’s nuevo-folk-horrors, or maybe while idly (but theatrically) flicking through the pages of Weird Walk zine in some asymmetrical Shoreditch espresso hole. Dank Rowan Morrison vibes brah!

As essential as the SOT jacket is, I’m actually gonna spotlight a different Story MFG fit. It’s called the ‘Forager Jacket’. And the last time I saw a jacket like this was at a Soup Dragons gig. Or it might have been in a nuclear war survival pamphlet? Either way, it’s giving me crazy feels.

It’s boxy and rendered in handwoven, organic, yarn dyed fabric — a big yum for those amongst us who’d rather the world didn’t shit itself to death in a few years. I’m loving the shape. Voluminous and kind of triangular when viewed side-on, this coat would work over anything. Obviously it’s totally at home as it’s been styled here — nonchalant and positively indifferent to anything save the occasional sighs from mother earth. But I reckon it’d also mellow a smarter shirt and blazer combo nicely too.

And obviously, what about those pockets. You can’t ignore them — just glance at this thing and you’ll get a couple of pillowy fistbumps to the eyes. If you’re anything like me, you’re already imagining the amazing things you could put in those pockets. I’m thinking two, no, three Swizzels’ Drumsticks, a pack of Marlboro Gold and my lighter with a picture of a woman in a swimsuit printed on it.

You can grab the ‘Forager’ direct from Story MFG in pink gingham, ecru, indigo and lilac check. These jackets look like the future to me. Considered, modernist subversions of menswear classics, with more than a passing acquaintance with optimistic 60’s ideologies. With the world as it is, perhaps this is just what hope looks like.