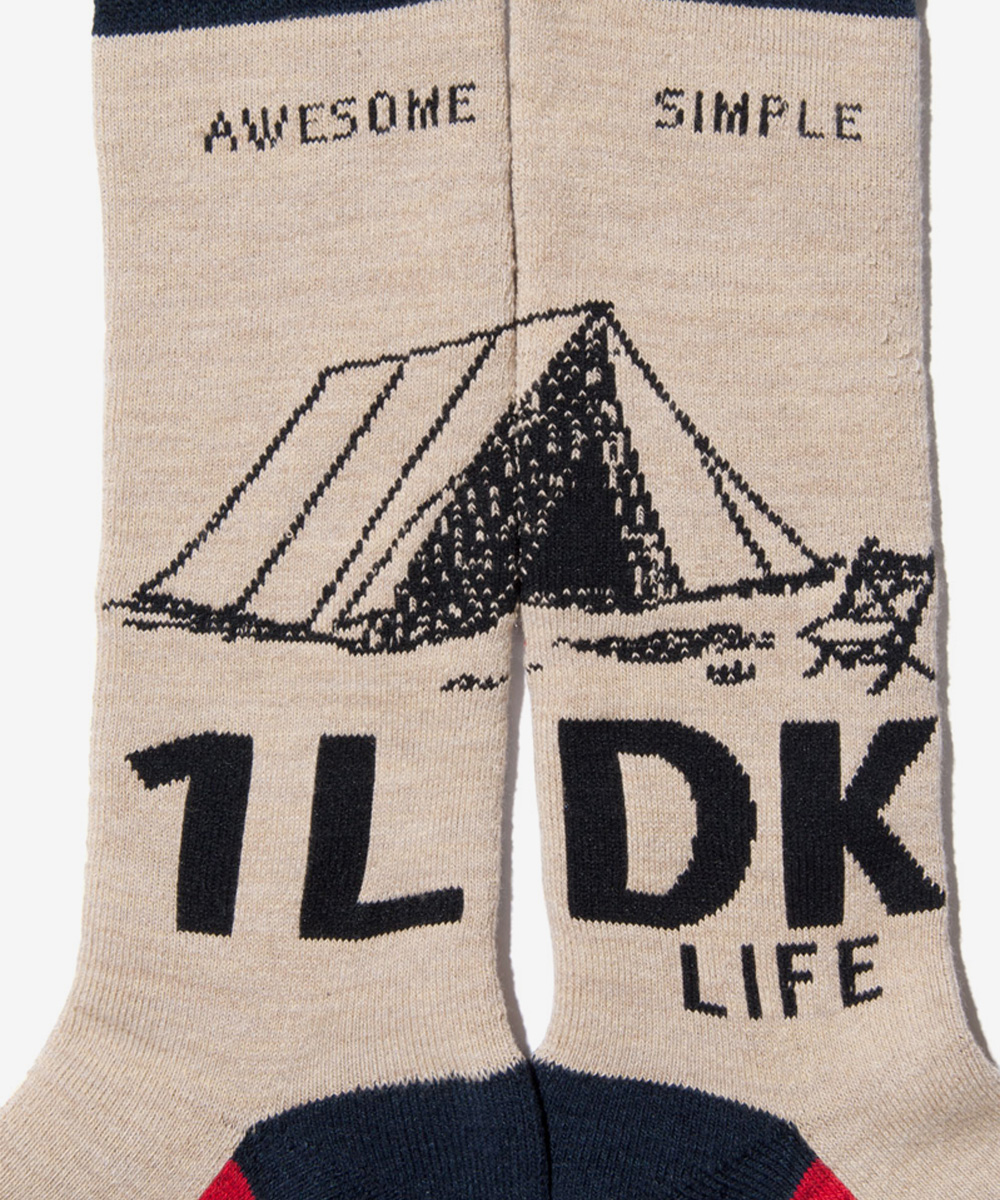 I’m finding the illustration on these socks oddly prescient. All that’s missing is a dusting of nuclear fallout on the top of the tent and a couple of unnaturally hairy children fighting over a badger carcass.

My patience is over. Last night hoards of turnip-faced simpletons clashed their G&Ts in time to Big Ben’s chimes. They sang a song requesting that a fictional entity take special care of an old women. They fell prostate before a facist called Nigel — a being with the brain of a frog and the face of a frog. They wheezed and puffed and shrieked with enthusiasm, welcoming a future that anyone with actual expertise predicts will be a pile of shit.

Hope is dead. We live in a land of cunts.

Still, these socks are quite nice.

I’ve got a habit of buying socks with patterns on, then not wearing them. In principle, when I’m in a shop, the idea of monochromatic socks featuring a bold design seems sound. But when I’m actually putting together a fit, I find myself wearing something else patterned (a jacket, or shirt say) that worn with the socks would be too busy. I don’t mind a bit of pattern clash. I’m just not sure I’ve got a handle on how to wear a sock of this magnitude. I guess all-over denim would be safe. But all-over denim is not a vibe I currently entertain.

Denim fetishists (or just those with a better eye for pattern than I) might find a lot to love about these socks. They’re by Japanese firm Andsox and apparently they take three times more thread to make than a normal pair. Reading up, it seems there’s some technical mumbo jumbo at work too. Something about a deodorant function and the quick drying of sweat — but frankly I’d rather just draw a veil over such bodily ghastliness. They’re high quality socks, that’s enough for me.

You can grab a pair over at Clutch Cafe in the UK, or direct from the brand’s Japanese site. The one’s with the tent on are £40. I don’t think I’ll be troubling them. I’m going to use that £40 to buy a flag embroidered with the words, “Told you so you dumb northern twats.” I’m going to plant it in my front garden, so when the bumpkins run out of Chicken Dippers and invade London they’ll feel even stupider than they already are.