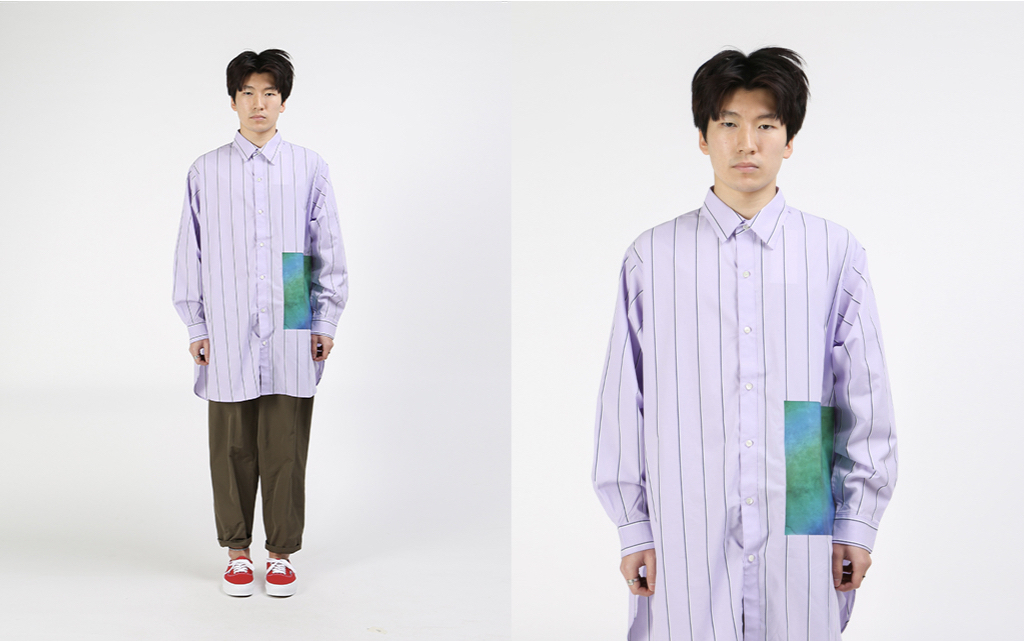 Today let’s get into artistic territory. Of course, we all enjoy US vintage through an eastern lens etc… blah… etc… But is there not also a place for some righteous pretentiousness? Is there not a place for oversized, overlong garments? A place for garments with abstract prints. Garments designed to be worn while standing perfectly still, with an utterly straight face; as though you and your clothing represent some kind of grandiose communiqué, a visual statement so profound even you can’t decode it? I would say yes. There is a place for it. Not in my wardrobe of course. But there might be in yours.

This grandiose communiqué is a shirt. It’s from Japanese brand JieDa. They haven’t pinged my radar before, but as I say, I’m not frequently in the market for a very long striped shirt with a graphic square on.

Designer Hiroyuki Fujita launched JieDa in 2007, along with his Tokyo retail outpost KIKUNOBU. Apparently he’s inspired by, “Japanese culture and the physical world (as a opposed to the metaphysical?) around him.” He also loves Japanese street style. And, flippancy aside, it’s clear, from this shirt at least, that the plays on proportions and colour and the use of splashy graphics reflect the sartorial action down the Shimokitazawa district.

I suppose it looks a bit Raf. I’d probably be tempted to try some kind of gilet or loose, boxy tank top over it, but I suspect that’s not really the vibe. I reckon this shirt’s supposed to be worn the way the guy in the pictures is doing it — fully exposed, all details out. And don’t forget the completely flat facial expression —  the emotional range of a cereal box.

He looks great. But I’ve learned my lesson with this stuff. In my youth I went through a phase of wearing avant-garde pieces to nightclubs. I just stood near the dance floor, frowning, like I was pondering some artistic paradox. I thought I looked the bomb. My relationship status during this time suggests otherwise.