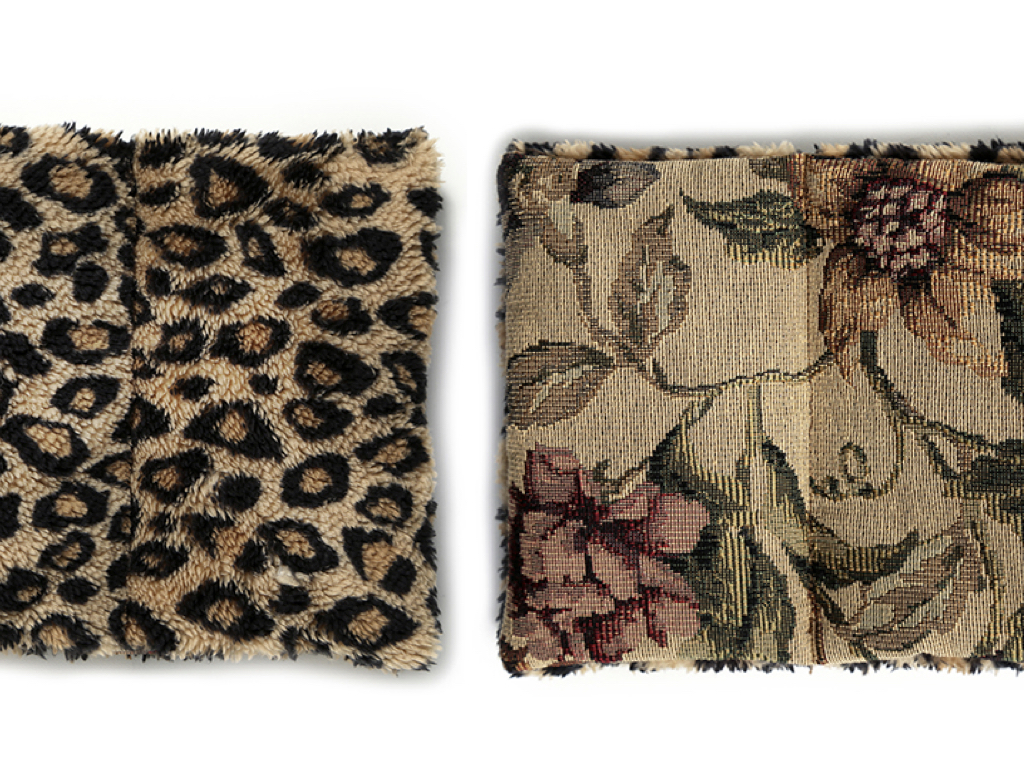 I know we had Kapital the other day, but I can’t let this scarf pass by without comment. It’s a double-ender. It’s pulling double-duty. Beyond schizophrenic, this thing’s a doppelgänger and yet there’s only one of it. There’s a Gobelin (historic, French) tapestry on one side. There’s a dead fake leopard on the other. One side’s taking tea with grandma, the other side’s tearing grandma to pieces and scoffing her withered liver.

Anyone who’s owned one of these Kapital muffler type things will know the score. One end feeds through a hole in the other end and they’re typically not that long, so they really do swaddle (for want of a better word) your neck. They ride high; think detachable roll-neck and you’ll be on the right lines. Also they’re softly padded. So they really do make their presence felt between your lapels. If you think you can handle all that, you’ll find them warm, easy to throttle on and small enough to fold into your bag if the weather turns.

Course, none of that deals with the stylistic challenge on the table with this specific scarf. Personally, I wouldn’t try to compliment its dusty tones with beiges and browns. I’d just frame it with my uniform of baggy navy and let it pop the fuck off.

Maybe it’s a day/night thing. Curtain-side up during the sunshine — read: you’re an approachable, soft hearted guy, lovely, cuddly and old fashioned. Then as the sun sets, you being the animal out. The leopard man. The Manimal. Prowling the local nightlife, waiting for a your prey to stray too far from the heard. Then you strike. “Alright love, that’s a lovely skirt you’ve got on, fancy a Watermelon Vodka, I  work in ad sales, what do you do… hold up, where you going?”