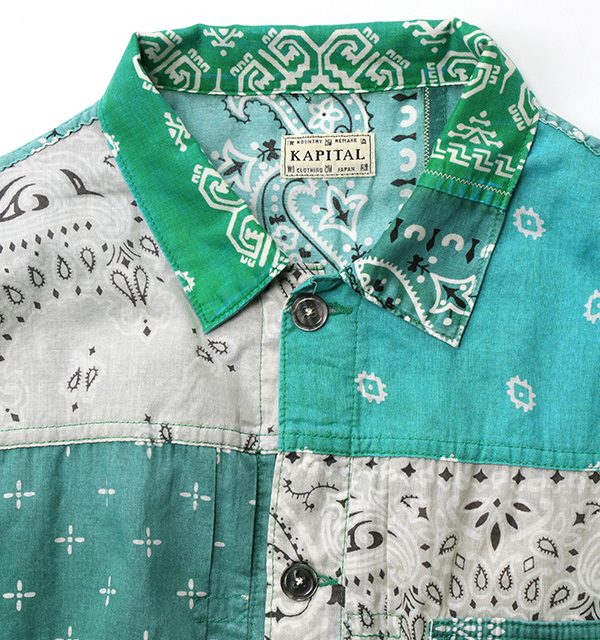 This is a bandana patchwork jacket from Japanese imprint Kapital. It’s available in six different colours: green, yellow, pink, navy, black and white. It’s cut in a traditional western style, short and boxy with a single breast pocket. It is, depending on your perspective, a jolly summer throw on, or the quickest possible route to social ostracism.

If I had to choose, I’d probably play it safe and go with the navy, maybe green at a push. I think worn under another jacket, something simple and plain, you wouldn’t scare too many household animals. Worn in full view? I dunno. It’s a lot of bandana pattern. Pieces like this really hammer home the continued popularity of Americana amongst Japanese designers. But also how, this affection, when taken to extremes, frequently results in garments even we in the west have to think twice about.