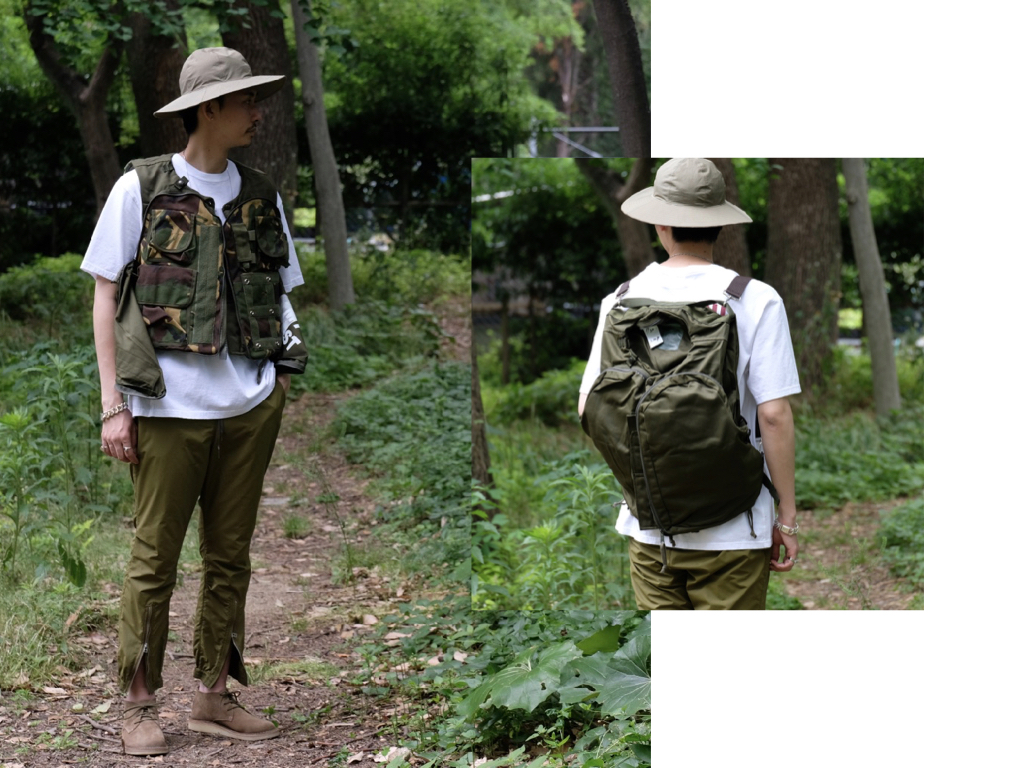 This design is limited to 30 pieces and apparently British army deadstock is used in their manufacture. In camouflage terms this is called Disruptive Pattern Material, specifically: British DPM Soldier 95. You’ll frequently see it rendered in different colours for different combat environments. And used here, it, well… certainly looks ‘army’. Positively survivalist. I kind of like it. But I can’t help thinking that, as someone who rarely troubles foresty scenarios, I might not have much use for it. In amongst the flat whites and sourdough toast of my usual haunts I think it’d function as anti-camouflage. People would just assume I’d come in Action Man cosplay.

I’m not quite sure what the whole, “DO MY VEST” messaging means either. My efforts to Google Translate the product blab over at retailer Raycoal came up a bit short. Presumably the slogan’s profundity is lost on me.

Anyway, for the interested, it’s over at Raycoal, it’ll cost you around £150 (plus the usual postage and import aggravation). You won’t see another one. In fact, assuming you like hanging out in jungles, you probably won’t see much of the one you’re wearing.