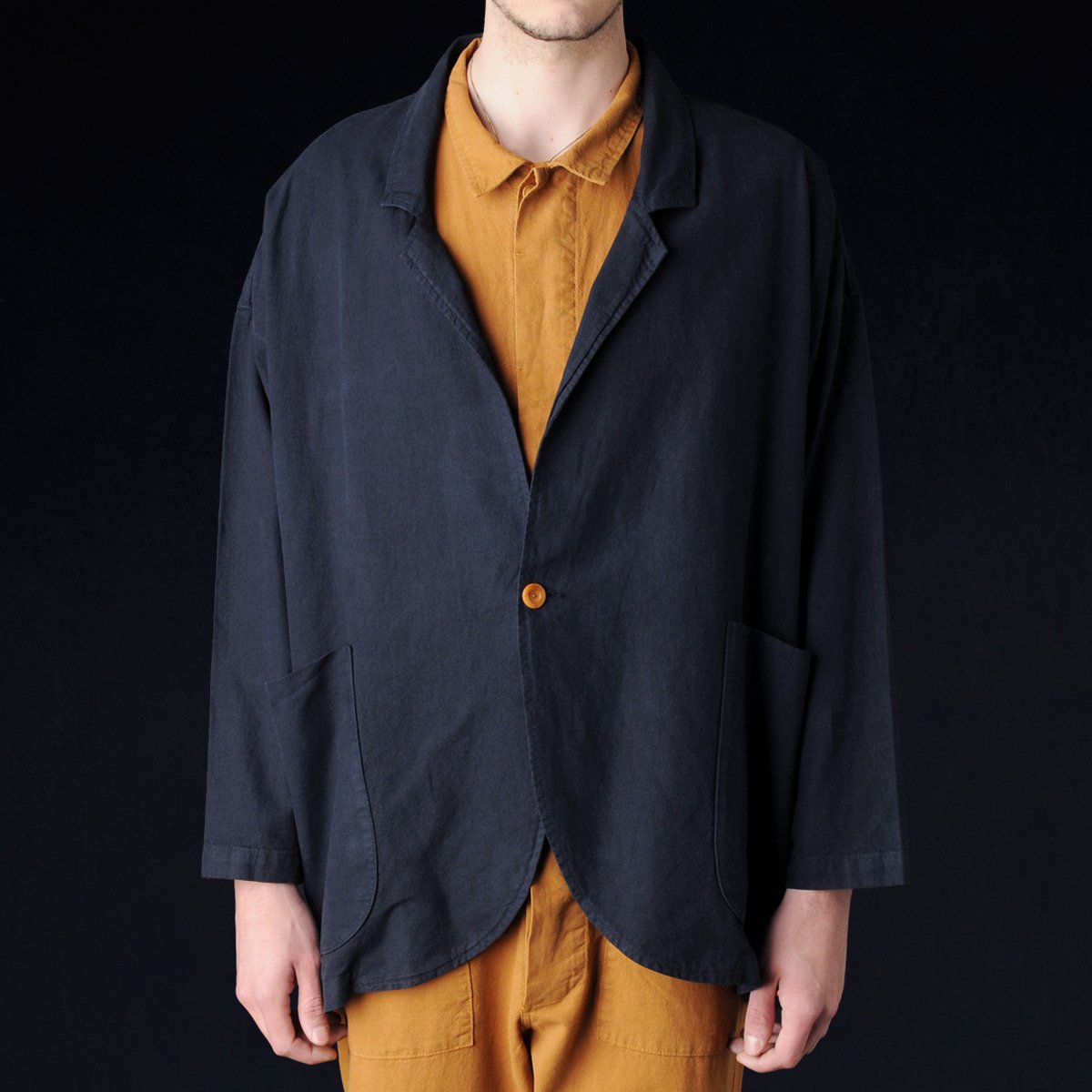 The appeal of a casual, loose cut navy blazer is eternal. At least from the perspective of the committed wearer. If you’re a EG or Eastlogue head, you won’t need any convincing. Sportswearers, on the other hand, may eye-roll till their skulls splinter. After all, blazers are still very much in rotation amongst the ‘H&M bros’. And be of no doubt, this co-sign from the least evolved menswearists on the food chain has damaged the blazer’s pedigree. A Saturday night in a ‘fun’ pub is no longer complete without a boorish phalanx of ripped ’n’ skinny jeans, tattoos, thin-leather loafers, low-cut tees and emaciated jersey blazers. It goes without saying, this manifestation of the blazer should be drowned at birth.

What we’re looking at here is a different creature entirely.

Oversized and offering only the most casual sense of smart, this blazer is from Prospective Flow, a Japanese brand, manufactured in the US. It’s as far from Love Island wanker-wear as it’s possible to be.

Rather like the Flipts&Dobbels blazers we looked at a while back, this jacket plays havoc with expectations around lapels. They’re just sort of rolled over, almost against their will. And the depth of the opening, right down to that single button. I’m not sure it could be any more nonchalant if it lit up a Marlboro and flicked ash onto my hummus.

Sure, it’s got something of an odd rounded shape. Yes, it looks fat on the body and short on the arms. But come on, this is stylistic progress right here. It’s Spandau Ballet and Tokyo and Andrew McCarthy in Pretty in Pink and snoozy south east London art student; it’s about tossing over a t-shirt and adjusting your sunglasses with the pursed-lips of a man who has to listen to everyone yacking about First Dates while he’d rather be reading Stalingrad. It’s the future of blazers. No socks, no entry.