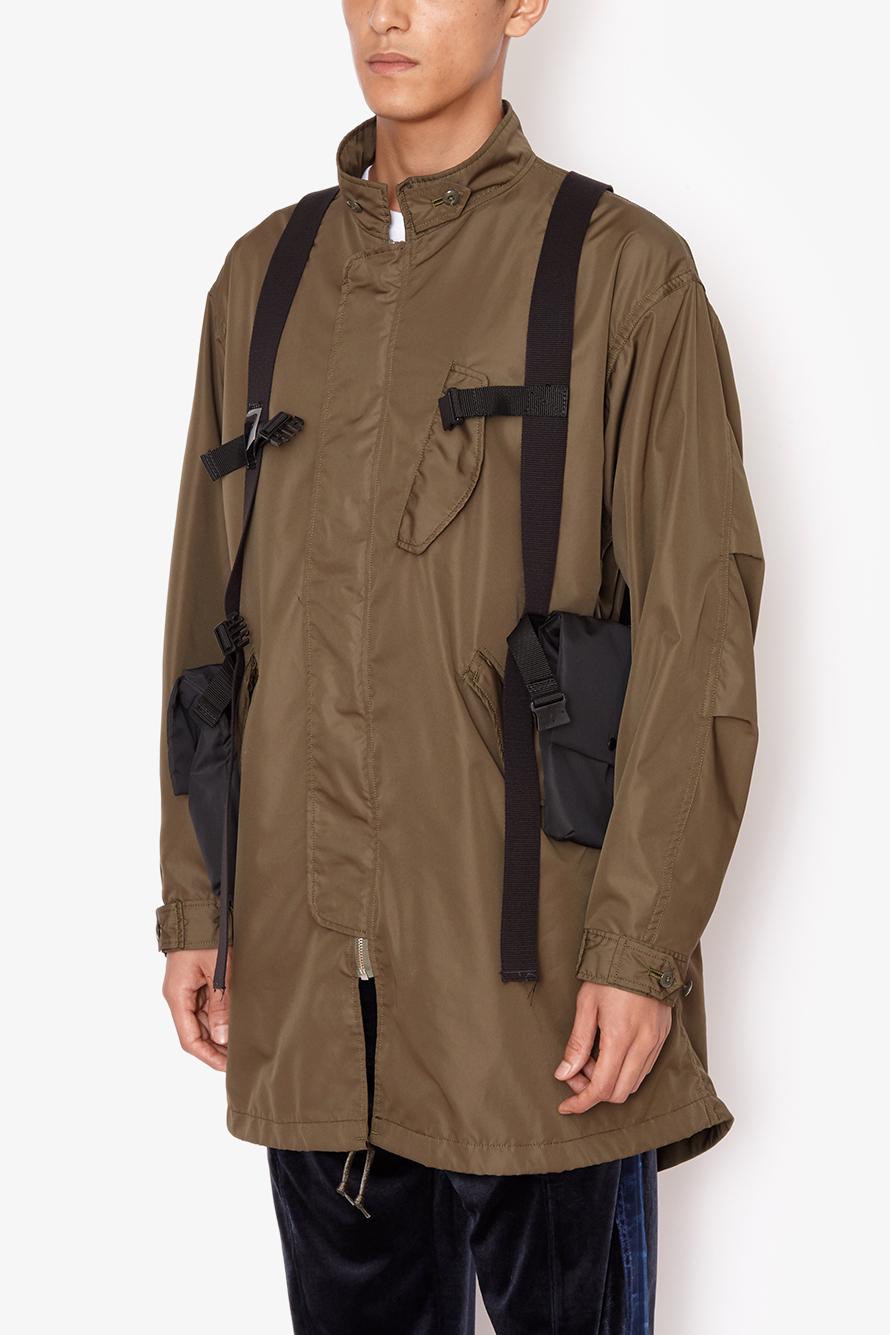 Ignore the olive coat. We’re looking instead at that black harness thing. It’s a “Loitering Vest” by Japanese casualwearists YSTRDY’S TMRRW. It’s nylon, features a couple of pockets and looks like the kind of thing you’d see in the window of Prowler on Old Compton Street.

Presumably it has a practical application – that of providing two pockets worth of storage over what’s afforded by the rest of your fit. And that’s probably it. By my rudimentary mathematics, it’s about 30% pockets and 70% straps. Which is quite a large percentage of strapping for a bro to carry off. Typically my average fit comprises around 0% strapping, so it’s a reasonable jump.

I’m not suggesting that a couple of extra pockets wouldn’t be useful on the odd occasion. And it looks pretty interesting over that mac. But day-to-day, as an alternative to a rucksack? I dunno. Perhaps it’d get more play worn beneath a coat. But then what happens when you’ve got to take your coat off? Suddenly you’re a cyber-Butch Cassidy.

The truth is, while I like this kind of thing, I don’t think I could make it work. It’s a bit too fiddly. I’d feel too contrived. Irrespective of its ‘traditional’ military inspiration, this civilian would struggle. I think 10% strapping is my limit. It’s called a belt.