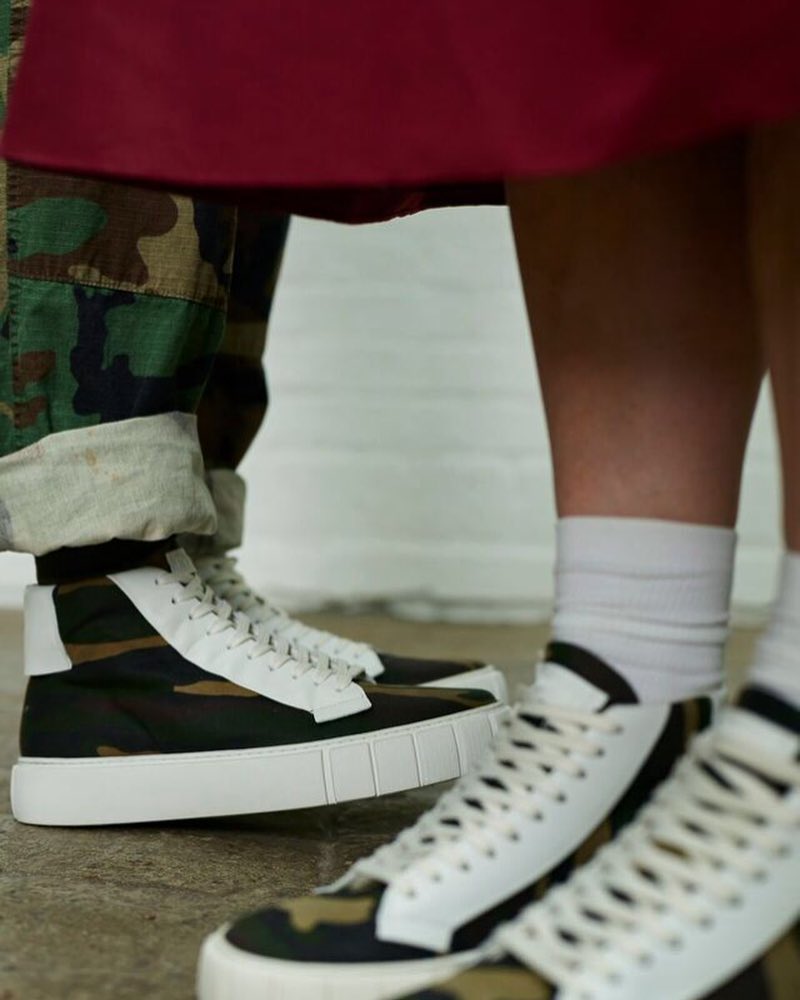 I’ve been waiting some time for Primury to release a sneaker in blue rather than their typical black. And now, for SS19, they have. However, unfortunately for me and my financial arrangements, they’re overshadowed by these. I’m not sure if they should be. It really depends on your position on camo. Is it still a valid symbol of countercultural cool, or has it been so thoroughly rinsed by teenage hypebeasts as to render camo impotent?

Having given this issue literally seconds of thought, I’ve decided I don’t care. I like them. I’m even prepared to endure the kind of “mid-life crisis” mumblings inevitable at certain (unenlightened) yuletide gatherings.

The thickset Dyo silhouette carries this showdown between camo and white brilliantly. Often camo kicks go full camo; here however you’ve got those broad eyestays (the pieces carrying the lace holes) in snowy white leather dominating the shoe. Add to this the colossal white midsole and white leather heel tab and the camo is, if not entirely subservient, then at least superbly framed.

I guess I’m trying to say they look different. More fashiony than regular ‘sports’ sneakers certainly. But they also to avoid the kind of ornamental fussiness you see from weekend-banker brands like Marni. You can grab them in mid or low, but move quick, they’re selling fast.

For me, Primury are the acceptable face of ‘fashion’ sneakers and this pair in particular are total heaters. I’m seeing baggy as fuck navy wool trousers. I’m seeing a crinkled Comme des Garçons blazer, a simple white tee beneath. And am seeing these kicks. And I’m wearing it all, on the high-street, just shrugging, “WHAT?” at passersby. That feels about where I should be right now.