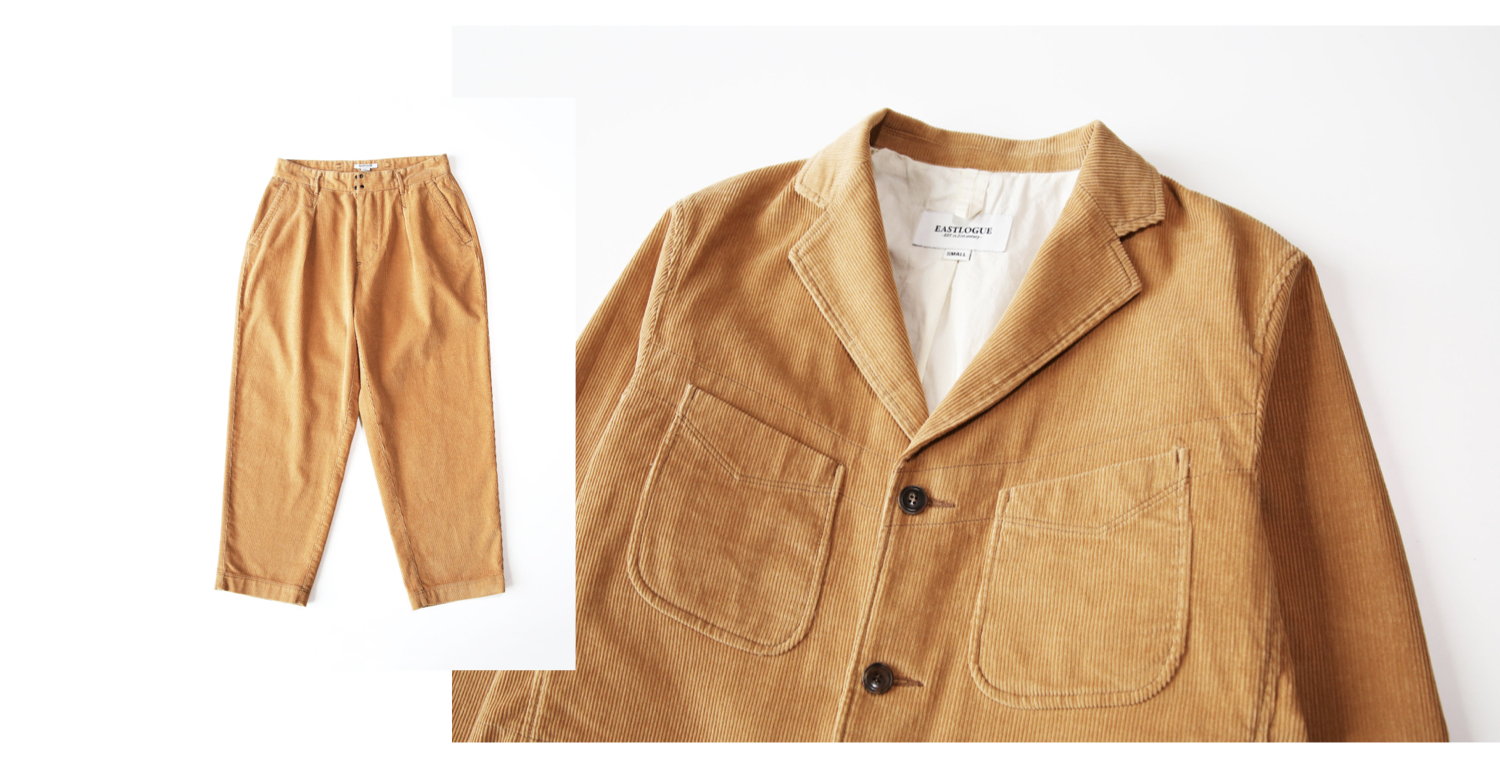 For those with a longstanding appreciation of corduroy, the trendification of the cloth, particularly pronounced this season, may chafe. Cord in myriad tones of coffee, brick, ocre, and wheat are sagging the rails from Nicholas Daley to Oxford Street – once more the catwalk-to-strip-mall cycle references a signature of more ‘authentic’ clothing. Still, it will take more than the fleeting attention of the dodgem-car-sneaker crowd to sour corduroy’s appeal. Hardwearing, smart-but-scruffy, distinctively-not-denim; you know the drill. It’s an essential part of your rotation. But what about corduroy in its most formal incarnation? What about the corduroy suit?

This suit by South Korean imprint Eastlogue is available as separates, but I’m feeling it strongest worn together, full Wes Anderson. It’s bold, no doubt. It’s a suit after all. A suit in a landscape of jeans and tees. But if casual fraternisation with corduroy is now a thing, if sportswear heads are starting to team their sweats with loose cords, you’ve got to take a stand broheim. You’ve got to show you’re the king of cord, that you’re next level. And a cord suit is the nextist level there is.

Designwise, there is little to frighten; the fit of both jacket and trousers is boxy and roomy, in a way that suggests ease and comfort, rather than oversized. There are pockets where you’d expect, three buttons up the jacket and functional cuff buttons. There’s a dash of white lining beneath the jacket collar, single pleats on the trousers and a neat metal hook closure at the waist. As separates they’d work, but really it’s all about the sum of the parts; worn together as a full fortress of corduroy.

I’d be inclined not to wear this suit with sneakers. It’s a look frequently used as shorthand for Zurich-troubling, side-parted, business cool by buttoned-up menswear moguls GQ, Mr Porter and Monocle. For me, it’s Richard Bacon at a regional film premier. The last thing a suit like this needs is a pair of fucking Common Projects. I’d go shoes, or more likely shoes with a casual lean (something from the worlds of Yuketen or Visvim). Then maybe a round neck beneath to suggest the requisite amount of couldn’t-give-a-fuckness.