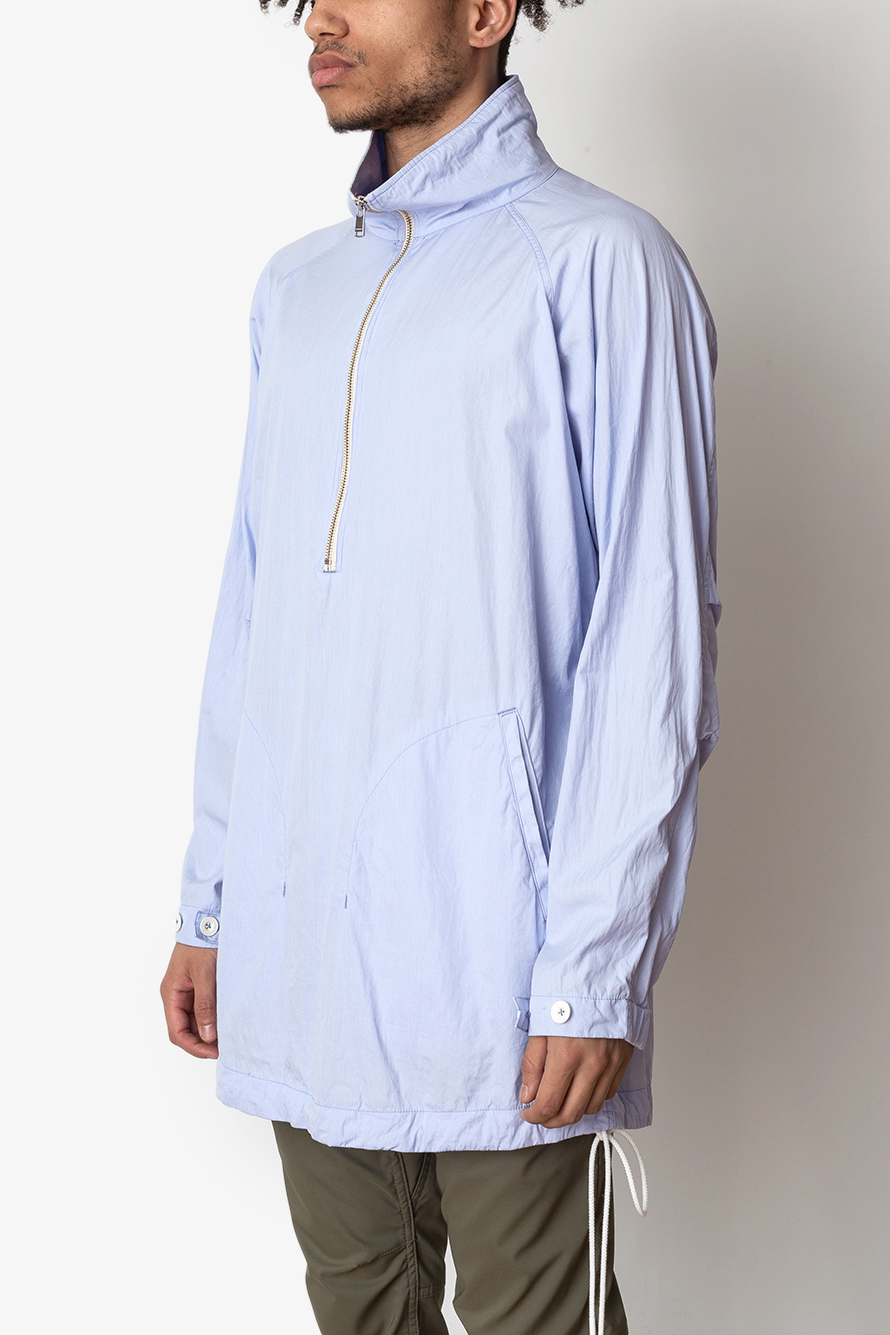 If you’re even considering spending over £250 on a shirt that’s sort of a pullover, but mostly a shirt, you’re going to want to know the benefits of such an ostensibly foolish endeavour. In this instance I can provide three, rock-solid benefits. And in a transparent effort to coerce you into reading more, they’re revealed after the jump.

This longline, cotton, pullover shirt is from Japanese brand Nonnative. So in keeping with this site’s infantile celebration of difficult to get, obscure brands just for the sake of it, that’s the first benefit. You’re friends won’t have the same shirt. Your friends probably won’t have heard of Nonnative. That makes you, as the wearer, culturally, intellectually and sexually better than them. That’s just fact.

Then you’ve got the next benefit: the colour. That volume of crisp powdery blue wins big. It looks fresh, it looks like you bathe regularly and actually use the sponge in the hard to reach places. You’ll look bright and approachable and friendly, irrespective of the wretched contents of your mind. People will like you, without ever truely knowing you.

The final benefit is layer-ability. This piece is built for dragging over things, or, for aficionados of Engineered Garments look-books, piling things on the top. Crucially things that are shorter; gilets, blazers, even other shirts. Ideally all at once – another shirt, then a blazer, then a gilet. Yes, you look like a toddler-man who’s been playing in the dressing up box, but in a way that will make you appear intimidatingly chic and unapproachable. Remember, it’s not enough that you look good, others must feel bad.