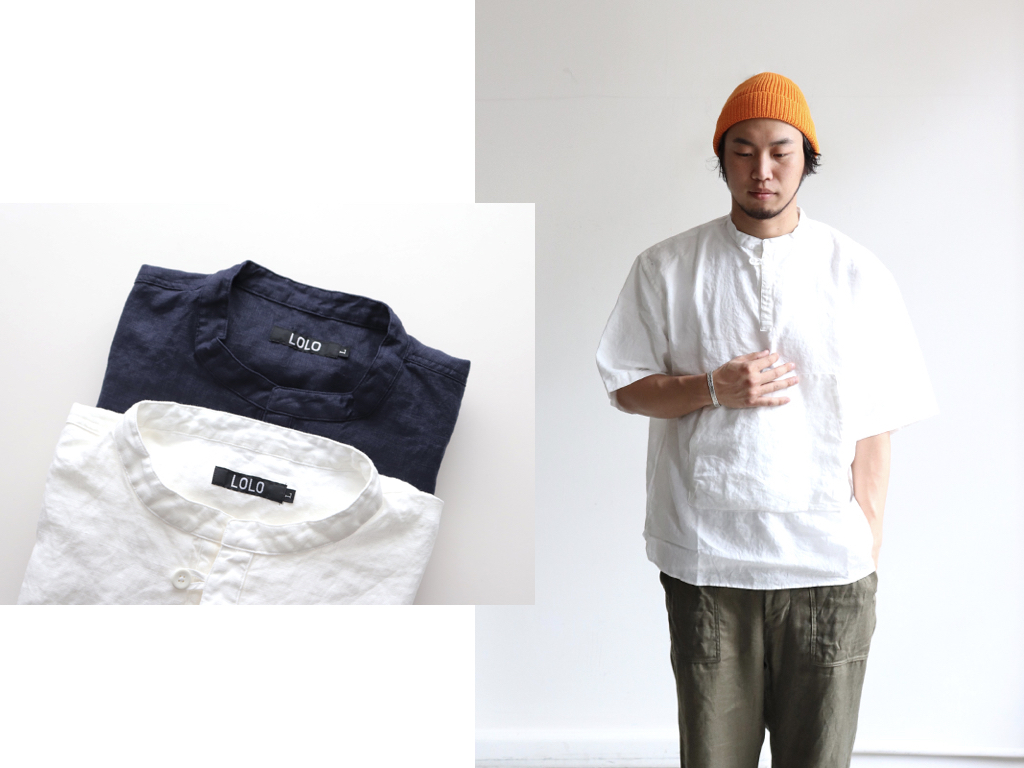 LOLO is one of those brands that appears to exist only within the labyrinth of Japanese e-retail. You can usually spot it over on Strato, but its stark monochrome label reveals nothing of its heritage or ethos. The crucial thing to note is that they make shirts like this. And as the weather warms up, and dudes countrywide reach for their t-shirt with something inane printed on it, this here is what you need. A loose-cut, crisp, simple shirt, airy and cooling, neat and hazily formal. Let other guys rock last summer’s tees, tees that hug a little too close and broadcast their paunch. You wanna be in one of these. Yes, it’ll be physically comfortable. But it’ll also make you feel superior to other bros. Which, lets face it, is pretty much the only reason you’d buy a white shirt from the other side of the planet in the first place.

Ostencibly this piece is about being wide-cut and simple. But really, it murders because of that little button loop at the top. With this kind of popover you’d expect a few buttons, but here there’s barely one. That little button tab is everything. It’s the difference between merely existing and living – a florish that suggest the wearer inhabits a higher plane of taste.

A guy wearing this reads The New Yorker, not Buzzfeed. He eats Pipers Anglesey Sea Salt crisps not Space Raiders. And unless my entire life as been a colossal misjudgement, I would suggest there are few women alive who wouldn’t be attracted to a man in this shirt. A big statement yes. And one based on nothing more than the fact that I think that button loop looks cool. But come on, since when has a little fake news hurt anyone?