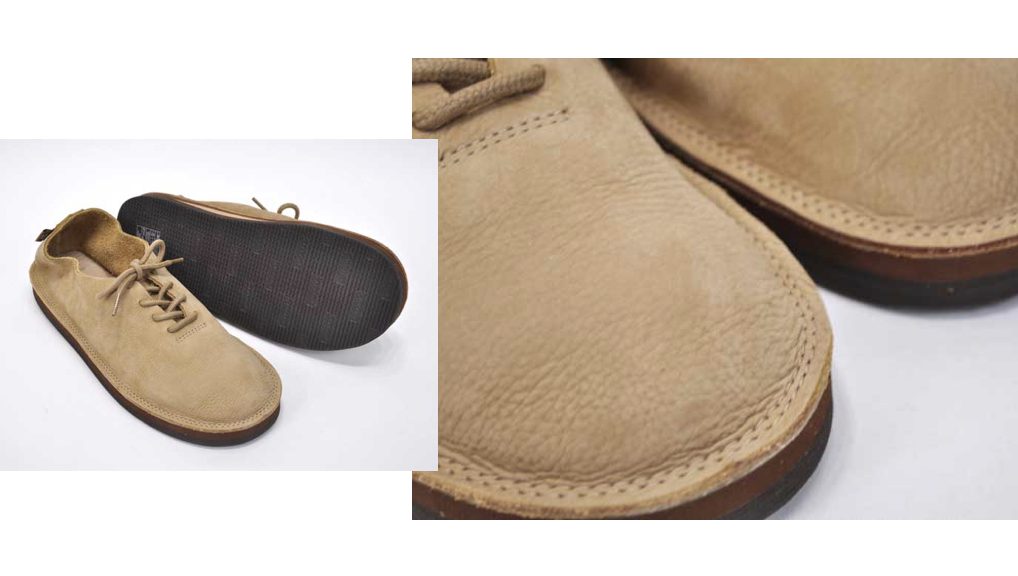 Shoes that do the same job as Clarks, but aren’t Clarks. Something of a recurring subject on this site. Casual shoes that are smarter than a sneaker, but avoid the polished-up, city-soled trappings of formality. But then of course they’ve also got to be from brand that’s suitably off-the-radar. Obviously Clarks just don’t cut it.

Your next step might be to look to somewhere like Oi Polloi, experts in the squashy-shoed field. They’ve got Astorflex, Finn Comfort, Mephisto, Nature, Padmore & Barnes and Yogi – all of which offer variations around foamy soled footwear, cut in posture-positive shapes from nutmegy suedes and chocolatey leathers. And some of them are great. But the irresponsibly pedantic menswear fan will still find all this too ‘overground’, a little too available; the barrier to entry is simply too low.

Such individuals might wish to consider Rainbow Sandals from the US. They have no UK stockist. And in order to get them you might want to engage a proxy service and point them at Japan’s Chicken Shack. You could try and buy them from the US but you’d probably get hit with higher import duty. All in all an entirely satisfying pain in the arse.

You’d hope such a faff-heavy product would also turn out to be pretty good. My suspicion is that these would. The brand’s been manufacturing since 1974 and they now produce over two million pairs a year – which is a lot of product to never end up in the UK.  This style is called the Mocca Shoe and uses premium nubuck and incorporates a pretty sweet looking contrast colour arch support.

The cost in Japan is just over £100. Course you’d have to swallow a bit of proxy cost and import duty, but they’d still work out reasonable; probably a bit cheaper than some of the Oi Polloi brands. It’s all down to whether you can be bothered really. I admit, it’s a fair bit of effort just so you can roll your eyes when someone asks if your shoes are Clarks.