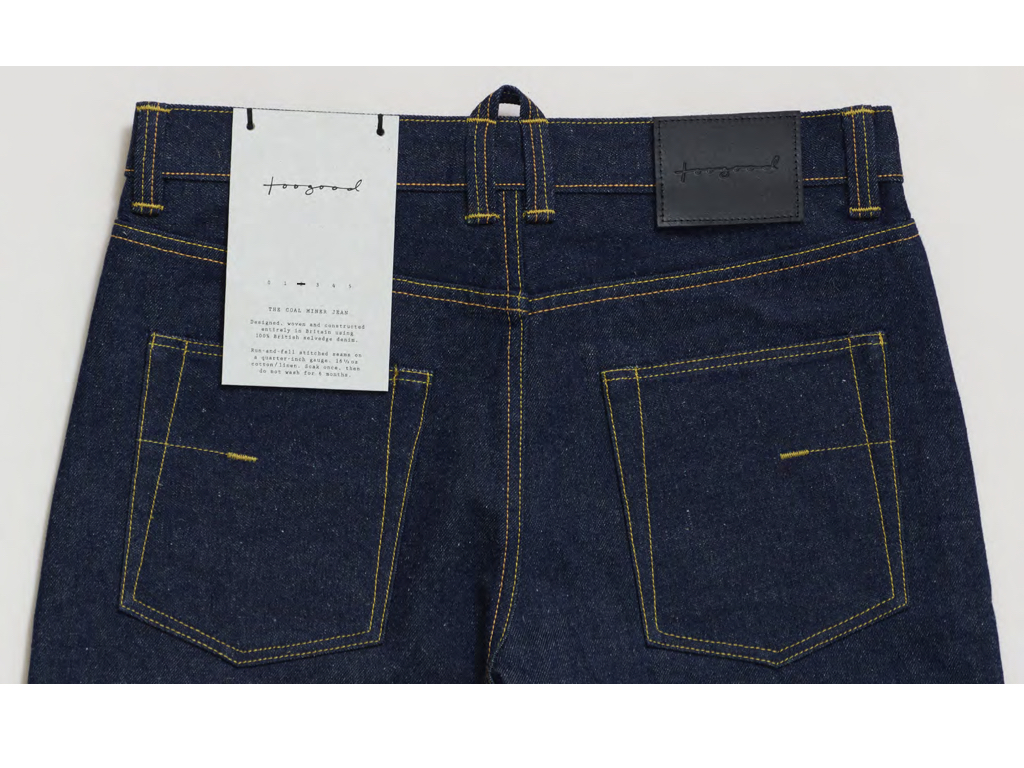 TooGood‘s denim range is priced to commit assault and battery on your wallet. And we’re not taking about a back-hand slap. Rather a kick down the stairs, followed by repeated clouts with a dustbin. If 200-300 for some denim trousers gets you reaching for the Elastoplast, brace yourself for the £750 pair of jeans.

I first encountered TooGood denim in London’s Dover Street Market, drawn to the rail by a remarkably clean and crisp selection of jeans. I looked at the price. I was hit with a powerful sense of self-awareness, the eyes of other shoppers were on me. I’d made a mistake. I wasn’t welcome here. I moved on. Frankly, a denim game with a 750 ante, is a denim game I’m not comfortable in.

There are four unisex styles in the range, but here I’ve focused on one called The Tinker. Feels like something of the late Christopher Nemeth’s influence in the cropped length and the front and back pleats; utilitarian but vaguely avant-garde. Simultaneously wearable and weird.

At the price requested you’d expect the denim to be of a standard and TooGood seems to have that covered. They use, “only the highest-class 1 6 ¹⁄²oz cotton/linen selvedge denim, produced using a ³⁄¹ right-hand twill construction.” In truth, this means little to me, but from my brief hands-on moment, I can report they look utterly beautiful. The fabric is Britain’s only selvedge denim, woven in an east Lancashire mill. After that, in London, it’s, “bound together with run-and-fell-stitched seams.” TooGood go on to say that, “the use of an open-end weft yarn lends the cloth a rugged nap that will evolve with the passage of time.” Which all sounds wonderfully specific, considered and earthy. Shame it all coalesces into such an exclusionary price tag.