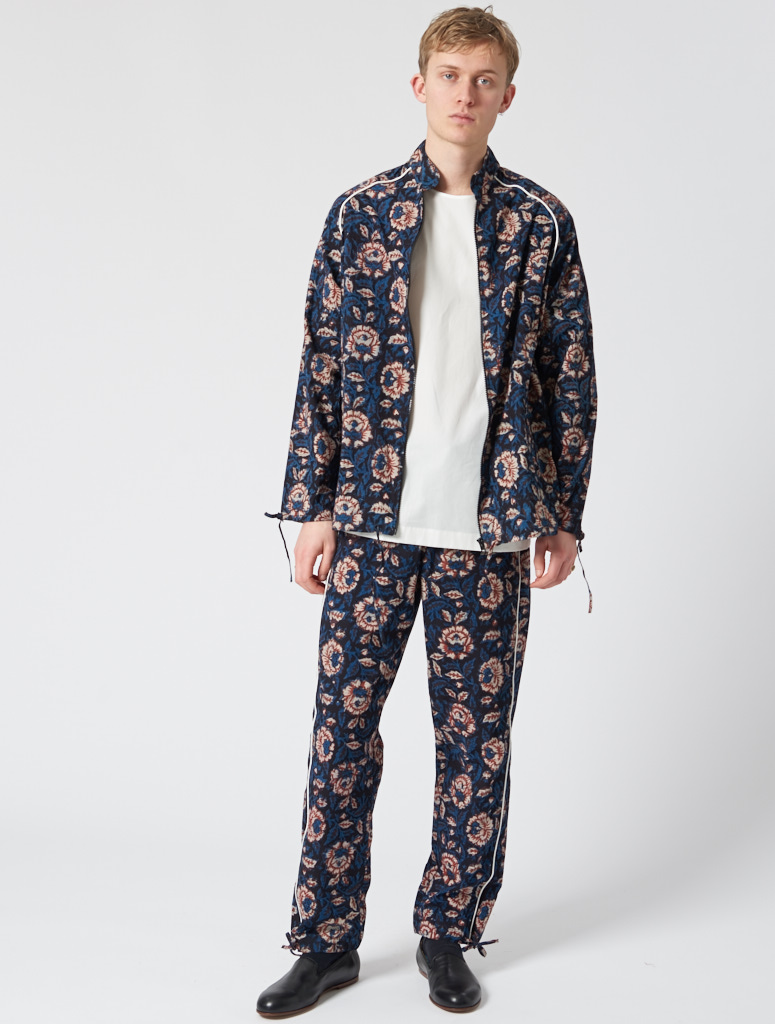 Those of you with an appreciation of novelist Clive Barker, or straight-to-video horror films of the mid-80s may remember Rawhead Rex. Barker’s titular creation was a sort of prehistoric god, part body-builder, part dinosaur, who returns from the dead to chomp a rural Irish community and, in one notable scene, baptise one of them with his demonic wee wee. At one point a character shrieks that Rawhead was, “here before Christ”. I believe the same is true of this Story MFG tracksuit. This is the most terrifying exhibition of casual-wear power I have ever witnessed. That it shouldn’t exist is a given. That is always has is inarguable. Dig around the Israeli city of Megiddo and you’d doubtless find a drawing of this on an ancient stone tablet. If you wore this to the Vatican I’d expect the masonry to start collapsing.

This is an organic cotton tracksuit printed with indigo, myrobalan (a family of fruit baring plants), madder (a red dye) and iron – a mix of obscurities that will come as no surprise to those familiar with the ecological leanings of Story MFG. But it’s so much more than the sum of its parts. Look upon this for an extended period and your mind will burn with flickers of panic, desolation, anxiety and 1970s soft furnishings. This tracksuit knows you are looking at it. And no amount of draw-string waists and contrast white piping will change that.

In case it’s not clear, I love this. I love that it exists. Although I’m not sure I could carry it off, it’s just too powerful. It’s Thanos. It’s Damien Thorn. Although perhaps it’s most like one of Barker’s other creations, the Cenobites. On one hand it’s pure terror, while the other proffers an undeniable, libidinous appeal.