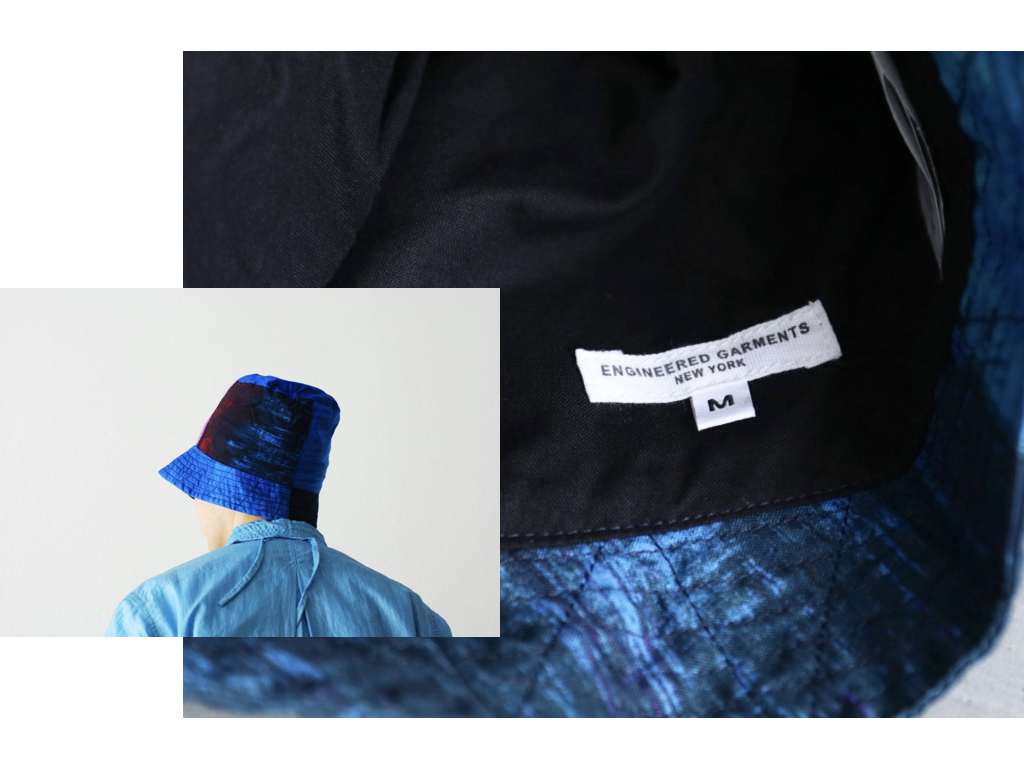 The Engineered Garments Spring/Summer 18 collection goes nuclear with colour. If you haven’t seen it yet, check it out here. Of course it’s typical, come the warmer months, for menswear lines to shift away from the navy, grey and black and get more chromatic, but EG really have gone full Crayola. There are a couple of early pieces over at Oi Polloi – it’ll be interesting to see if the UK market is down with primary coloured cagoules? – but there have been no significant drops UK-side yet. This humble bucket hat over at Japan’s Digital Mountain typifies the collection. It’s obvious why it’s billed as a ‘Sunset Burst’ hat, what’s less apparent is the size of the market for blokes wanting to look like a Caribbean ringmaster?

It doesn’t help that when EG head designer Daiki Suzuki does bucket hats, he makes them massive. If you ever bought an EG bucket hat you’ll know exactly what I mean. The hat doesn’t stop when your head ends, it just carries on going – ever taller, with a big flat top. Absurd really. Suffice to say I’ve spent a considerable amount of time flattening and trying to mould my EG buckets into an acceptable shape before leaving the house. You can’t just put one on, you have to get Play-Doh with that thing.

Course, it never stays in place either. So half an hour later you’ll catch a glimpse of yourself and you look like a poor cartoon of Willy Wonka. And that’s just with a plain navy version. With the colour palette onboard this particular rendition, I’d say the chances of you feeling Wonka-fied lie somewhere between doubtless and certainty.

I’m not really selling this. I get that. I’ve just been burned by the EG bucket too many times. In principle the idea of strutting about in a hat the colour of Chewits quite appeals, it’s just the capaciousness of the style I fear. It’s literally, too much of a good thing.