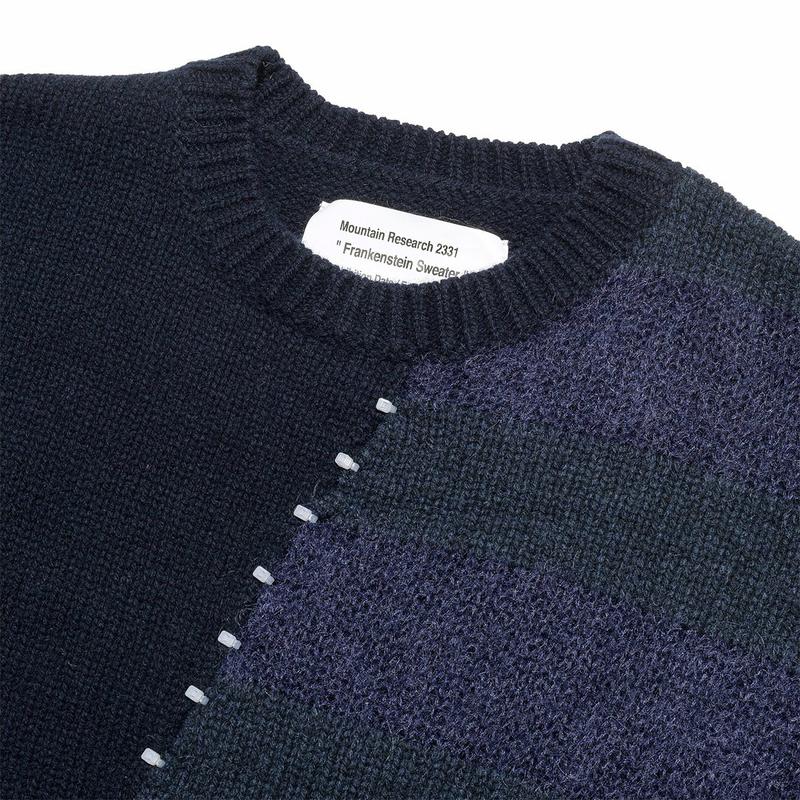 In a cultural landscape that increasingly celebrates alternative notions of beauty, I have to ask, is Frankenstein’s monster a step too far? Japanese imprint Mountain Research have this new season knit on offer over at NYC’s Blue in Green. It looks like a motorway pile-up in Mary Shelley’s brain, with Freddy Krueger and J. G. Ballard in the back seat.

Mostly wool, with fragments of nylon and mohair, its sutured-together-look is clearly mad-distinctive. But look closer and even more absurdity reveals itself. What look like chunky stitches are actually plastic zip-ties. I want to suggest they are the same things you might fasten around a loaf of Warburtons to keep mould from flowering. But they’re probably special Mountain Research zip-ties. At least I’d hope so for 400 quid.