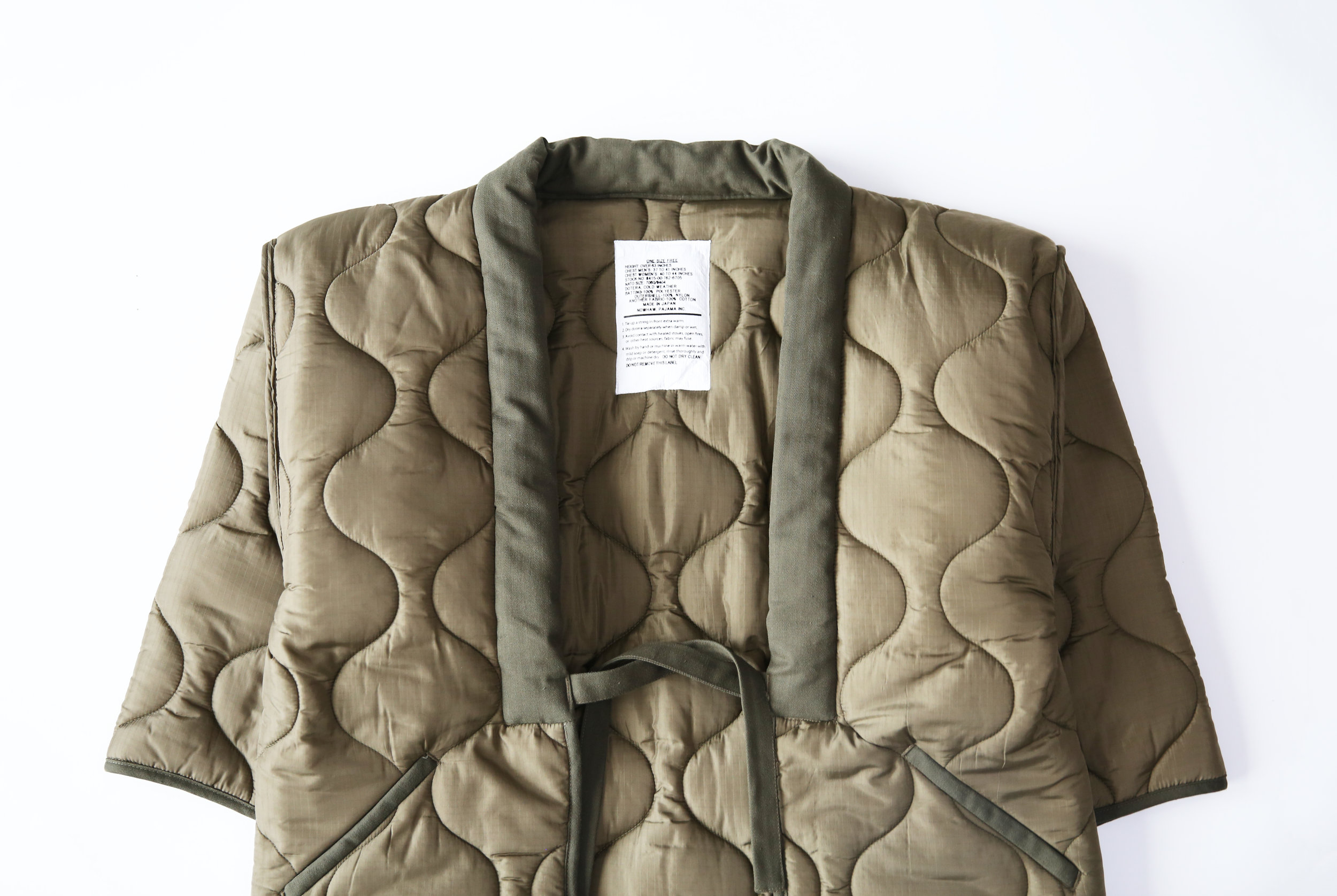 Let’s say Star Wars: The Last Jedi didn’t occur in a galaxy far, far away, but in Dalston Junction. Under such circumstances it would be reasonable to expect some stylistic differences. There’d probably be fewer fish-faced nuns. Fewer aristocratic yaks with gambling habits. And the diamond foxes would almost certainly be cubic zirconia.

Snoke’s dapper Elite Praetorian Guard would also need a re-think. It’d be out with the ketchup-samurai vibes and in with, well… I’m guessing something more like this.

This NOWHAW banger has been promised over at Alpha Shadows for time and this week it finally arrived. Traditional Japanese Kimono-style, ripstop nylon, Thinsulate insulation – it’s a piece is what it is. It’s a one-size-fits-all job so check the specs carefully. But if you’re of a mind, move quick, these are in very limited supply.

Of course, style-wise, it’s not messing about, it’s a statement. It’s got a power-eastern look to it that won’t go unnoticed by wags down the pub. It demands commitment to the cause. It insists on a robust sartorial confidence. But for the more progressively minded, It’ll reward with a variety of hitherto unexplored layering options – over a blazer, over a longer line jacket, under a Jedi robe? Galactic scale exploration awaits.